Hawks hold strong thanks to some Tyler Harvey magic 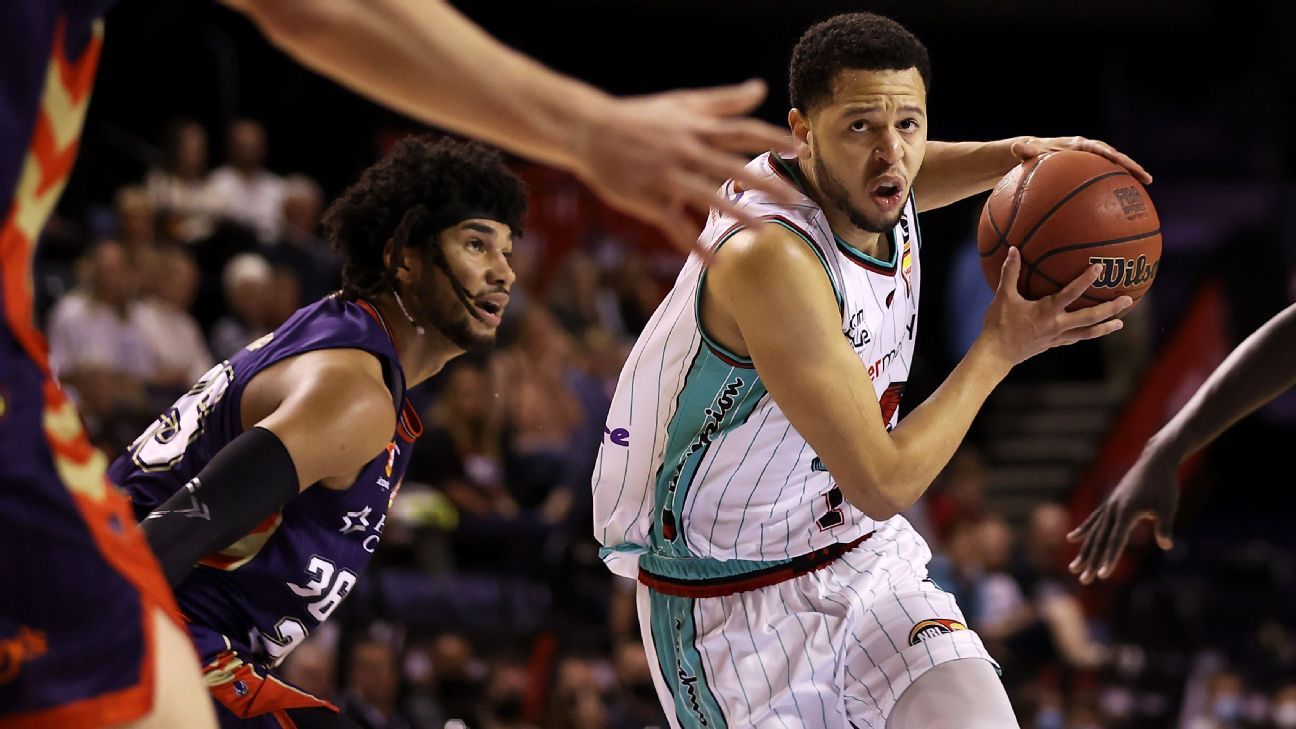 IN the opening game of Round 18 in the National Basketball League (NBL) it was Illawarra Hawks that snuck over the line against a desperate Adelaide 36ers outfit (71-66). It was a highly defensive game with the Hawks smothering the 36ers in attack who held the mantle for the highest scoring team over the past month.

The Hawks flew out of the gates with a huge opening term of basketball as the home side piled on 23 points. Their defensive intensity was up from the get-go as they forced Adelaide into a whopping 10 turnovers while also shutting them down in attack as the visitors only registered 10 points. Justin Simon was well and truly on and his presence was causing all sorts of havoc for the 36ers as he mounted a wealth of pressure on the ball carrier. Spurred on by Simon’s defensive tendencies Tyler Harvey flexed his muscles in attack, finding his rhythm from range as the home side went on a nine point scoring spree. Deng Deng showed just what he is capable of as the side established a 13-point buffer.

With it all one-way traffic in the opening stanza of play, Adelaide were determined to not roll over and die as a couple of triples from Brandon Paul, Tony Crocker and Jack McVeigh dictated the opening passages of play. The conversions set the side in good stead to mount a comeback as their confidence spread across the court and became somewhat infectious. Adelaide simply could not be denied with ball in hand as they strung together 15 points straight to not only level the scores but overtake Illawarra and claim the lead heading into the main break. The efforts from McVeigh and Crocker were phenomenal throughout the quarter as they combined for 17 points and did some of their best work from outside of the arc.

After being blown out of the water in the second quarter, Illawarra flicked a switch in the third putting the clamps back on Adelaide through their defensive pressure. The 36ers poured on 28 points in the second term and were only able to add 14 to the tally in the third  as the Hawks produced 20. AJ Ogilvy found his groove sinking six quick points to then inspire the likes of Simon and Deng to re-kindle their earlier form and go on a seven point to zip run. By this stage the Hawks held the upper hand as they boasted a narrow two-point lead in what was a seesawing affair.

The final quarter did not disappoint as both teams fought tooth and nail to claim the all-important win. The combination of Crocker and McVeigh was at its damaging best as the two ate into the margin with a couple of triples to start the term before Harvey and Justinian Jessup got involved in the action. But the game was far from over as youngster Josh Giddey showed his skill while Paul gave his side some hope as the clock ticked down. but as the game hung in the balance it was the sheer star power and class of Harvey that came to the fore as he drained two triples for the Hawks to gift them a hard earned five point win.

Simon put on a defensive masterclass credit to his six rebounds, three steals and two blocks while also highlighting his ability to swing into attack within the blink of an eye with his 12 points and six assists. Harvey topped the table for points, sinking 23 from 41 per cent from the field to accompany his seven assists, four rebounds and three steals. Deng fell just short of a double-double with his 10 points and nine rebounds as Sam Froling plied his trade though his six points and eight rebounds. Crocker was influential off the bench with a team-high 16 points as McVeigh got busy in his 20 minutes on court sinking 11 points. Daniel Johnson and Isaac Humphries both struggled to fire managing nine and eight points respectively. Paul was strong finishing with six points, eight rebounds and four steals to his name.