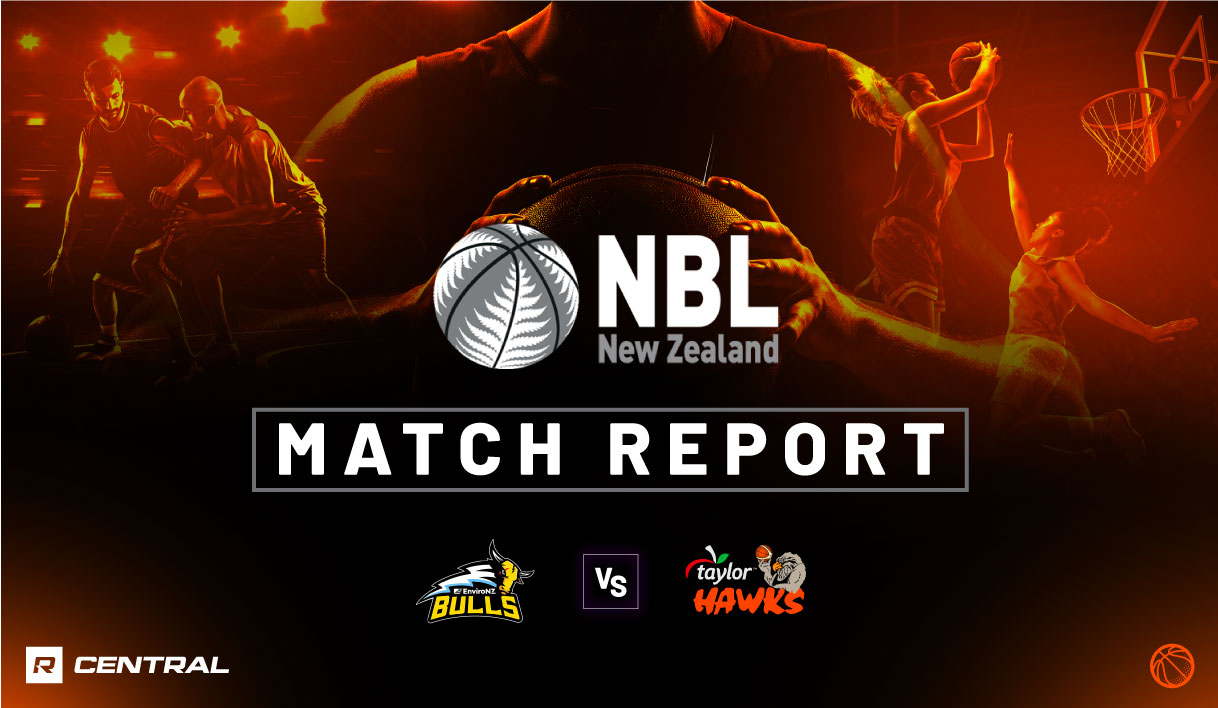 IT was the equivalent of a four-point game given the stakes, and Hawke’s Bay Hawks came out on top, defeating Franklin Bulls in a strong New Zealand National Basketball League (NZNBL) performance. Both sides had recorded seven wins for the season coming into the Round 12 clash, and the Hawks were able to go outright above the Bulls in fifth with the 10-point road win. After leading at each break but never having too much distance between themselves and the Bulls, the Hawks were able to kick away in the final quarter and record a 10-point victory.

After being an early title contender in the NZNBL season, the Hawke’s Bay Hawks had hit a slump, dropping their past four games coming into a must-win clash against the Franklin Bulls. The Bulls had not been able to find any consistent form themselves, with a yo-yo formline producing unpredictable results. Back at home, it was hoped the Bulls might step up and finally win two on the trot coming off a nine-day break since accounting for Manawatu Jets. But instead, it was the Hawks who fired the first shot, scoring 20 points to 15 in the opening term to lead by five points at quarter time.

It was a battle between Anzac Rissetto and Tajuan Agee in the first term, with the latter able to hit double-digits by the first buzzer. One the second term came around however, it was as tight as it could be, with the Hawks getting away to a double-digit lead themselves midway through the term, before the Bulls roped them in to cut the half-time margin to just six points. Jack Salt was having a big impact on the game as the Hawks held sway, but it would not be for long, as the Bulls took back control in the third term, leading by seven points midway through the quarter as they shut down the Hawks scoring.

They won the term 20-15 and though the Hawks technically hit the front again, only held the lead by a single point. From the get-go of the last quarter though, the Hawks never looked like losing, racing out to a 13-point lead midway through the term, then holding firm as the Bulls through everything at them. Though Franklin cut the final margin to 10 points, the Hawks were too consistent, scoring 22-13 in the quarter and running away with the 80-70 victory.

Agree had 20 points, seven rebounds, three steals and two blocks, but was one of five contributors for the Bulls who split their points evenly across the starters. Salt came close to a double-double with 16 points and nine rebounds, while Hyrum Harris did achieve the feat courtesy of his 12 points and 12 rebounds, as well as three blocks and two steals. Ethan Rusbatch (16 points, four rebounds, four assists and two steals) and Derone Raukawa (10 points, three assists) were also busy for the winners. Corey Webster as strong once again for the Bulls, picking up a team-high 19 points, as well as five assists, four rebounds and four steals. Jayden Bezzant (12 points, five rebounds) and Leon Henry (eight points, 13 rebounds) were other impressive performers.

Hawke’s Bay Hawks next take on Wellington Saints on Thursday, with Franklin Bulls to have an eight-day break before locking horns with Auckland Tuatara.