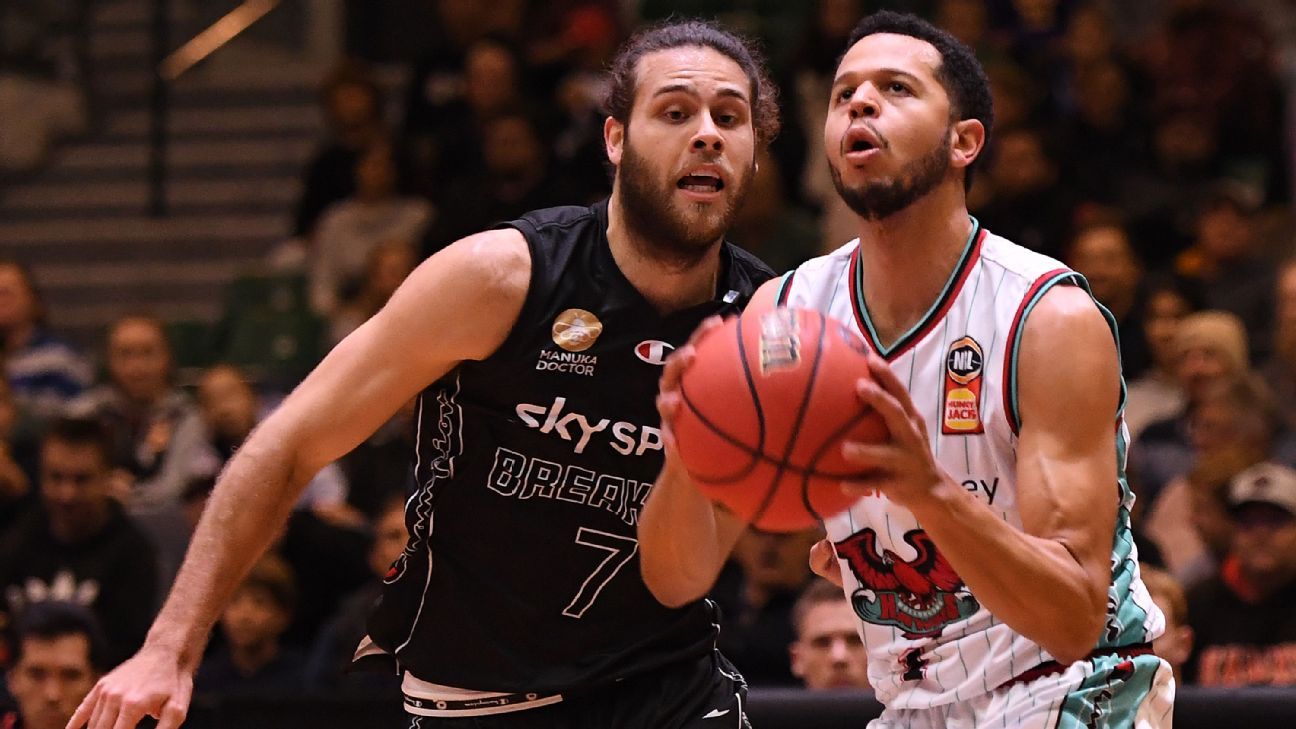 IT WAS a disappointing night for the New Zealand Breakers who despite leading for majority of the contest were overrun by the Illawarra Hawks (75-67). A dominant final term of action from the Hawks gifted them the win and also kept their finals chances alive as they look to build heading into the remaining stages of the competition with seven of their next eight games to be played at home in Wollongong.

Without the services of Levi Randolph, who landed the winning shot last round, the Breakers looked to another familiar face in Tai Webster to lead the way in the opening stanza. New Zealand got off to a strong start finding the rim with relative ease and applying good scoreboard pressure to keep Illawarra guessing. With Webster injecting himself into the thick of things early in the game notching up 10 points, Finn Delany also got busy for the home side as things started to tick along nicely creating a handy five-point lead at the break.

The second quarter favoured Illawarra as their stars in Tyler Harvey and Justin Simon got busy. Their influence across the court was profound as they duo worked in harmony to pile on the pressure and eat back into the deficit. New Zealand worked tirelessly to maintain their slim buffer but were starting to get found out as their inaccuracy from the charity stripe cost them big-time, only converting three of their eight attempts. The momentum steadily started to shift in favour of the visitors who by half-time sat at 40 points apiece credit to Harvey nailing a driving layup with a mere five seconds left on the clock and taking his first half total to a whopping 21 points.

Having settled into a better rhythm across the court the Hawks were playing with more confidence and conviction. But they were made to work for it as the Breakers re-established the lead to make it a five point ball-game. Their increased attention on the likes of Harvey who seemed to have the ball on a string in the opening half, quelled the ball speed and attacking intent of the game but the Hawks still found a way to peg away at the margin and remain in the contest. Simon fired up as the clock ticked down sinking a much needed triple to get back within two before Sam Froling put the nail in the coffin with a mere second left on the clock to steal the lead heading into the final change.

A blistering final term of basketball from the Hawks flip the script on the game as they went on a 14 point to zip run, to not only steal the lead but create a handy eight point buffer. The efforts of Harvey once again came to the fore after going off the boil in the third, hitting an impressive triple to push the margin to a game-high 13 points. But the Breakers proved that anything you can do I can do better as they went on a points scoring spree of their own sinking eight straight, reducing the deficit but not doing enough to steal the win.

The absence of Randolph was felt across the court for New Zealand however it provided a chance for Webster to get busy and pile on the points himself with 14 points at 55 per cent from the field. Webster also amassed three rebounds and five assists but was costly with ball in hand coughing up four turnovers. Tom Abercrombie was his usual consistent self, sinking 14 points of his own to accompany his three rebounds as William McDowell-White continued to find his groove producing 13 points, five rebounds and three assists. Corey Webster was strong in his return posting 10 points and six rebounds.

Illawarra officially said goodbye to NBA player Deng Adel but in the meantime welcomed back another key cog in Justinian Jessup. Still working his way back to full fitness, Jessup managed eight points and two rebounds but provided good support to his side. It is no surprise that Harvey topscored after starring in the opening half and finished with 29 points, two rebounds and four steals to his name. Simon was the next best thanks to his 12 points and seven rebounds all of which were defensive while Froling also asserted himself thanks to his 11 points, four rebounds and three assists. Deng Deng and Daniel Grida both offered a helping hand with their five rebounds apiece.