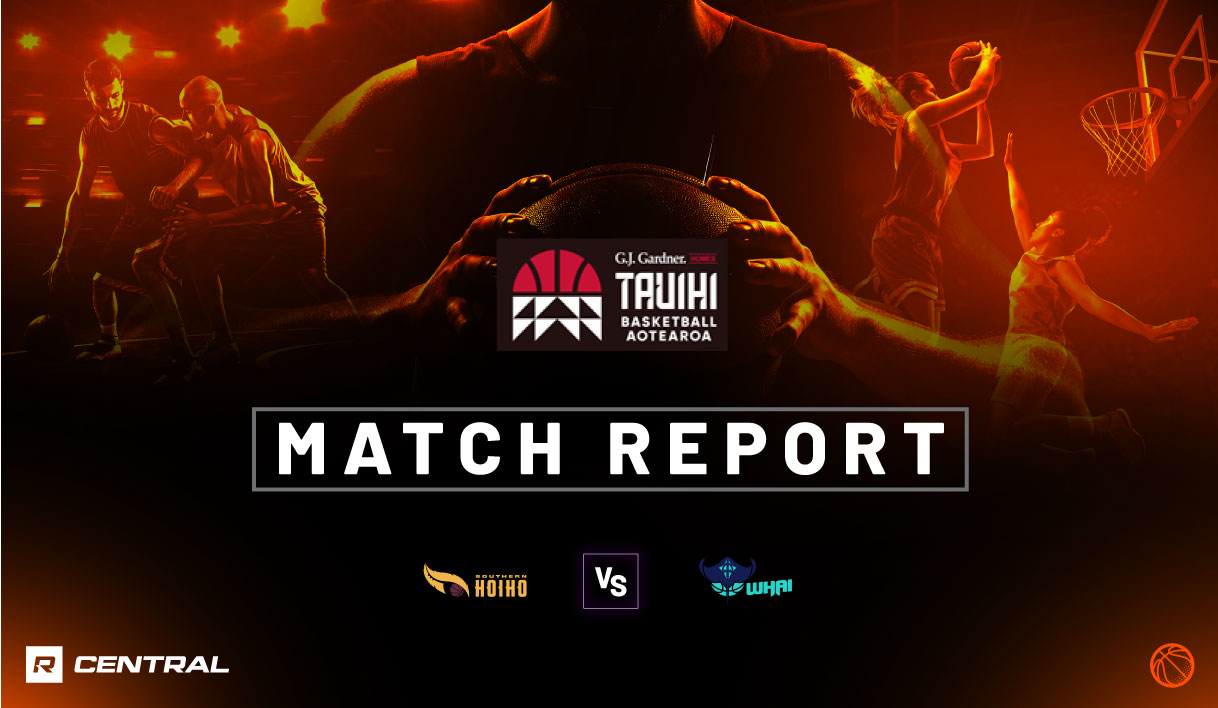 AFTER six consecutive losses to start the Tauihi Basketball Aotearoa season, Southern Hoiho snapped its winless drought to post a much-needed victory over Mid-North Whai yesterday. The Hoiho’s hopes of a win were not great early as they slumped to a 10-point deficit at quarter time, but then turned it around over the next three quarters to run out eight-point victors at the Edgar Centre in front of home fans. Laina Snyder led the way with 21 points, eight rebounds, four assists and four steals as the Hoiho toppled the Whai, 60-52.

Mid-North Whai came into the clash sitting second and strong favourites against a Southern Hoiho outfit that had shown competitiveness at times, but had not been able to piece together four quarters of basketball. That looked to be the case again early, when the Whai raced out to a 10-point lead at quarter time, silencing the Edgar Centre crowd. The home team was determined though, and lead by Snyder and Zoe Richards they fought back in the second to score 11-5 in a low-scoring term to cut the deficit to four points at the main break.

The Whai have an even scoring side across the board, so it was no surprise to see Sheniqua Greene, Kyra Lambert and Sharne Robati dominating off the boards. Though the Whai actually hit the front for some valuable minutes midway through the third term, the Whai maintained their strength by stretching the lead out to six points late in the quarter. The Hoiho hit back to win the term 18-15 and make it a one-point ball game at the last change. Still holding a narrow advantage for the majority of the last term, the Whai could not quite put the Hoiho away.

That proved costly, with Greene levelling the scores with just over 90 seconds left on the clock to make it 52 points apiece. A triple from Samara Gallaher gave the Hoiho hope, and a rare few mistakes from Lambert – which included a turnover, missed layup and forced personal foul – saw Richards drain one of two free throws to make it a tricky five-point lead. Regaining the ball, the Whai gave it straight up again off Lambert’s hands, and Gallgher’s one of two from the charity stripe at the 32-second mark all but sealed it without some luck. Greene’s next turnover a second later sealed the fate as the Hoiho held their nerve to win by eight points, 60-52.

In the breakthrough win, Snyder was the start, but she was well supported by Richards who had 12 points and six rebounds. Having an enormous impact off the boards, Shelby Cheslek picked up 15 rebounds – 12 defensive – as well as four points, four assists and two steals in the win. Gallaher chipped in with seven points and six rebounds. Though the Hoiho were not accurate from the field (28 per cent), the Whai were not any better, and it was Robati (15 points, seven rebounds) and Greene (11 points, 14 rebounds and three assists) who hit double-figure points. Lambert (nine points, 11 rebounds, six assists and four steals) also tried hard and was brilliant up until those rare mistakes late.