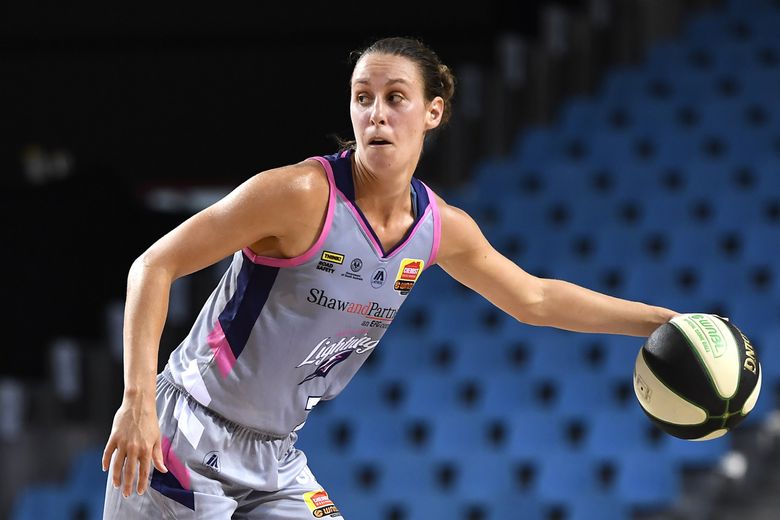 THE latest round of the Women’s National Basketball League (WNBL) has kicked off, and the first match of the round saw a cracking contest. Round 12 began with a clash between the Bendigo Spirit and the Adelaide Lightning at Bendigo Stadium on Thursday night. Given the fact that the two sides are enjoying contrasting seasons (the Lightning are going quite well, while the Spirit have been unable to fire), this was not expected to be a close clash. However, it ended up being one of the most entertaining clashes of the last few weeks, with the Spirit sticking around after a dominant start from Adelaide. In the end, the visitors proved too strong for the Spirit, with the Lightning claiming a seven-point triumph.

The Lightning got off to the strongest start we have seen from any side this season, taking a commanding lead early in the match. The traffic was completely one-way, as Adelaide dominated play, and it showed on the scoreboard. They remarkably went on a 30-0 run to start the game, with the Spirit unable to perform on both ends of the court. Everyone on the court for the Lightning was able to get involved in the scoring, as they could seemingly do no wrong, and by the time the period ended, the visitors led by a whopping 30 points, with their opponents only able to get two points on the board, to conclude the most one-sided period we have seen in the 2021/22 season.

Bendigo was finally able to get its game going in the second term, outplaying the Lightning to drag themselves back into the contest. The charge was mainly led by the efforts of Anneli Maley, who put the team on her back in the second half of the term with some excellent work around the key. She managed to sink a number of crucial jump shots, and made her way to the free throw line with ease. While the margin still stood at 18 points at the main break, the signs were certainly promising for Bendigo heading into the second half.

The third term ended up being the closest of the match, with just four points separating the two sides for the quarter. The teams traded shots from behind the arc to start the term, as the high-scoring nature of the match continued. The Spirit managed to bring the margin back to just six points early on in the period, before the Lightning rallied in the final five minutes to stretch their lead back out to double-digits. Heading into the final quarter, Adelaide still led by 14 points, but given how the Spirit had rallied throughout the match, this could still go either way.

Things continued to go well for the Lightning, as they started the final term by extending their lead to 18 points in very quick fashion. However, as they had done so many times throughout the match, the Spirit once again began to mount a bit of a comeback, and the lead was whittled down as time ran on. A three-pointer from Tessa Lavey incredibly bought them to within four points, but they could not push any further than this, as the Lightning performed strongly in the clutch to claim a seven-point triumph.

For the victors, the trio of Stephanie Talbot (18 points, 11 rebounds, six steals) Alanna Smith (14 points, eight rebounds) and Kylee Shook (14 points, 11 rebounds) proved to be the difference in the match. All three girls made massive baskets for their side, and were well and truly involved in the match-winning first term. For the Spirit, Maley was her usual dominant self with 21 points and 12 rebounds, while Lavey was also damaging with 19 points, five rebounds and six assists of her own.