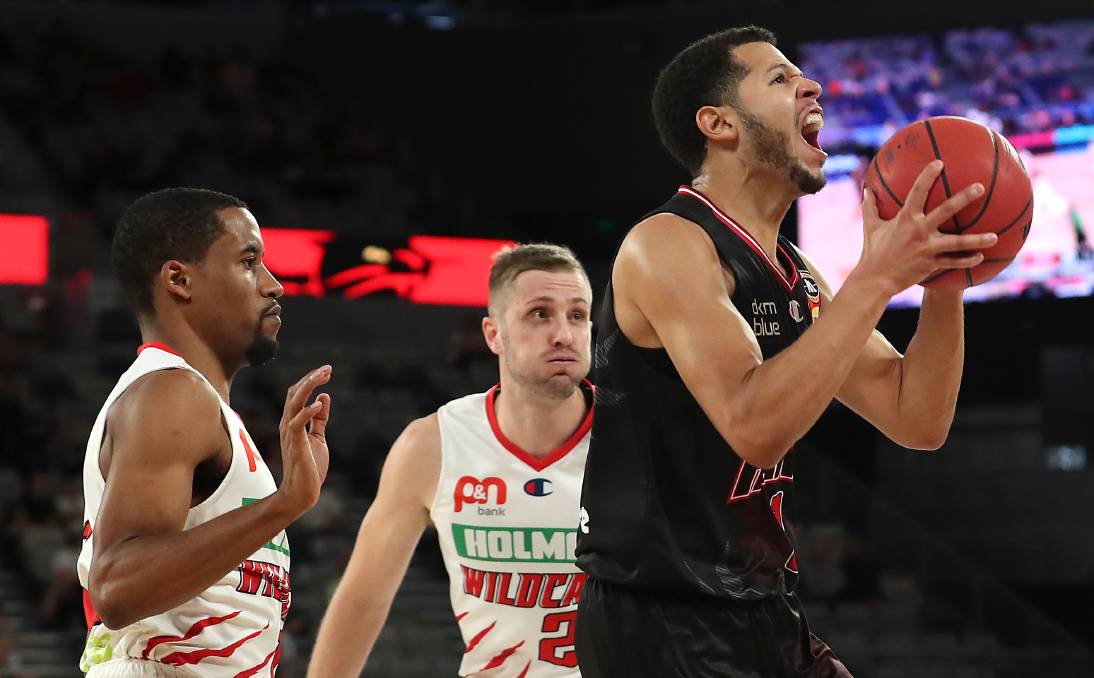 THE Perth Wildcats closed out Round 8 of the NBL with a commanding 87-70 win over the Illawarra Hawks. It was second place against third coming into the game, but it was a clinical display from the Wildcats which made it look like a non-contest from the start with an 11-point quarter time deficit the smallest margin of any of the breaks.

A tougher matchup was expected due to the quality of the output from both sides this season, but the element of mystery was also a factor as it was the first time this season we had seen this matchup. Their last meeting was in Round 15 of last season which saw a 22-point win for Perth.

Both sides looked different then compared to now as the Hawks looked to improve on their 38-88 record against Perth with big performances from Tyler Harvey and Justinian Jessup, but it was only the former who would be a shining light for a rather dull Hawks outfit. Former Hawk Todd Blanchfield was also taking on his old side for the first time after spending two seasons at Illawarra.

From the very start of the game, it was Perth that brought a greater intensity at both ends, with smooth and well-communicated team defence not allowing this explosive Illawarra team to go on a run.

For much of the game, the Hawks had a much more difficult time finding open looks but when they did, the Wildcats would reply instantly, if not with a few more stops and baskets to go with it.

The Wildcats finished the timeout-free first quarter with a 9-2 run to give them a 28-17 lead at the first break on the back of seven individual scorers compared to Illawarra’s four.

With the game far from over at that stage, Hawks coach Brian Goorjian pleaded for more effort from his team, and after a strong start with Deng Adel hitting from deep, and Harvey stepping through for three the old-fashioned way, the lead was cut back to five.

After a strong start to the game, veteran Jesse Wagstaff asserted his authority with a post-hook and a triple to settle things. A made Blanchfield three and then a foul on another attempt took the lead back out to 13 as proceedings looked as though they were unravelling for the Hawks.

Despite Jessup’s first make of the game (1-6 at that point), some smooth moves inside from John Mooney helped Perth to a 53-31 lead at the main break.

Perth continued to shoot, move, and take care of the ball better, but 18 bench points and three players in double digits for scoring were instrumental in the big lead as Harvey’s 12 first-half points were a lone effort in an abysmal scoring performance for Illawarra. 18 per cent from deep highlighted such struggles.

Despite a relatively even start to the second half, the Wildcats managed to stretch the lead out to a game-high 30 points.

Young gun Luke Travers checked into the game for the first time after several starts and made an immediate impact with his activity at both ends of the court.

Jarrod Bairstow and Tom Jervis were the only two Wildcats players with minutes to not score after three quarters of play which saw the scoreline at 46-74. Jervis almost fouled out of the game in record time after some deliberation saw him remain at four personal fouls in just three minutes on the court.

With the NBL Cup adding value to every quarter, the Hawks still had something to play for and managed to win the final quarter 24-13. An up and down quarter forced Perth to lose the structure they had played with all game in what broadcaster Shane Heal described as a game of “pick-up”.

The final score read 70-87 as Illawarra was kept to its lowest score of the season. Wagstaff said that what got them the win was “100 per cent defence”.

“They’ve got an extremely talented team, they shoot the ball exceptionally well, and I thought our guards did an exceptional job,” he said.

Wagstaff was pivotal off the bench with 14 points as stars Bryce Cotton (18 points) and Mooney (14 points, 10 rebounds, five assists) continued to put up their typically good numbers. Blanchfield also enjoyed a solid outing against his former team with 16 points.

Harvey’s 17 points left him as the sole player to reach double digits in scoring for his side with Justin Simon’s and Isaac White’s nine points each the next best. Jessup finished with just five points as his challenge now is to find other ways to score and contribute now that teams have adjusted to his strengths and put extra focus onto him.

The Hawks will look to rebound in their next outing against Sydney, while Perth will want to carry this momentum and level of play into their matchup with the Breakers on Friday.

Team Of The Week 10 hours ago