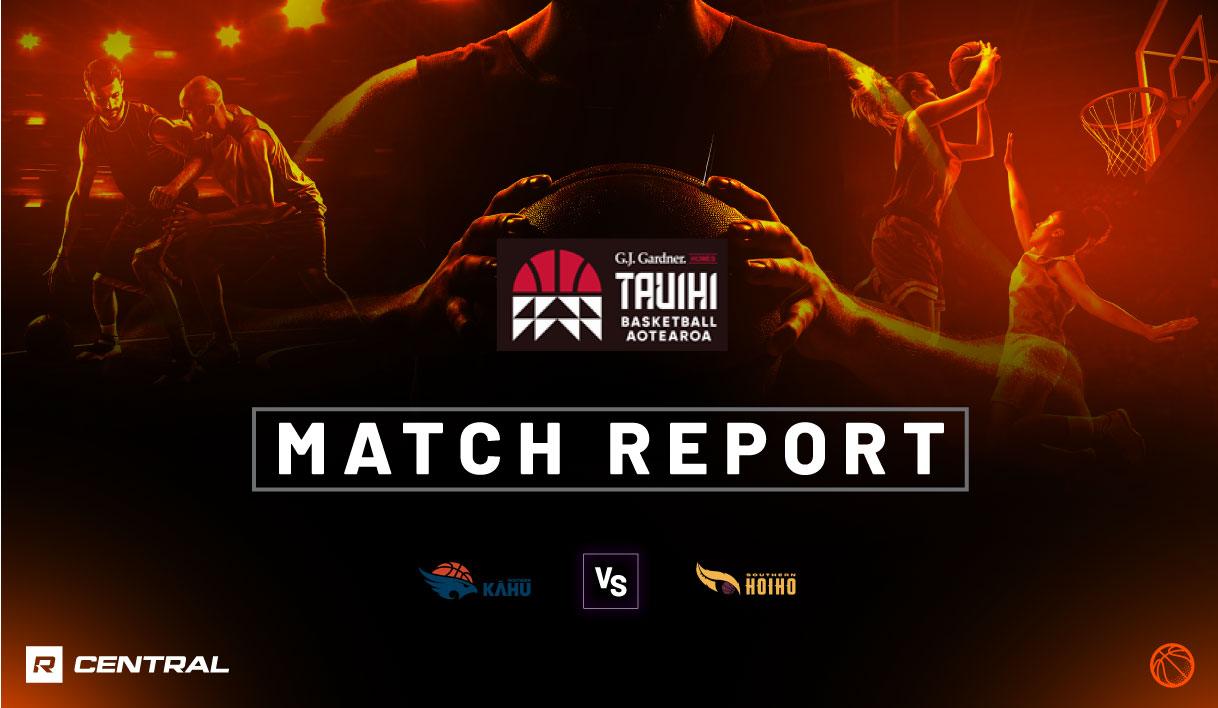 IT was business as usual for Northern Kahu who got back to their brutal best last night, destroying the last placed Southern Hoiho by 48 points in front of home fans. There was nowhere to hide for the visitors as they were completely outplayed across four quarters, with everything going the way of the Kahu, who further emphasised why they are the team to beat in the Tauihi Basketball Aotearoa. While the Kahu’s momentum did get quelled in the final term, they still doubled the Hoiho’s score to run out 95-47 overall at Eventfinda Stadium.

Southern Hoiho made the trip to the other side of the country off the back of an inspiring win over Mid-North Whai, their first of the season. But the last placed Hoiho came up against an all-conquering force, with Northern Kahu having won seven on the trot, yet to lose in the new Tauihi Basketball Aotearoa competition. It was so one-sided to the point that the Hoiho never held the lead, as the Kahu were on from day dot, building a massive advantage and the game was done and dusted by half-time.

At quarter time, it was already out to double-digits with Kahu scoring 22-11, then by the main break, that same scoreboard read 57-24. It was a bitter blow for the Hoiho who had gained much respect from their performance against the Whai. There was nowhere to go for the sixth placed side, as the Kahu continued to put the foot down, and with a quarter to play and the scoreboard reading 81-40, it was looking like the home side would clock the triple-digits. With rotations and player management coming into play, the Hoiho did make a better account of themselves in the fourth, but the home sides still doubled their score 14-7 in what was a 95-47 runaway victory.

Northern Kahu was unsurprisingly dominant across the majority of the key areas, particularly when it came to scoring and playmaking. The winners ran at a 57 per cent clip from the field to the Hoiho’s 28 per cent, which the score was made all the more remarkable given the Kahu only had one more attempt than their opposition. The Kahu piled on 44 rebounds to 28, 29 assists to 11 and scored 46 points in the paint to Hoiho’s 20. The Hoiho did have one more steal (13-12) and impressively more second chance points (12-9) but were ultimately overwhelmed.

Akiene-Tera Reed started the match for the Kahu and was a revelation, playing 24 minutes and scoring 21 points – including four of five from beyond the arc and six of eight from the field – with nine rebounds, two assists and two steals. Marte Grays (25 points, seven rebounds and three steals) also starred in teh win, while Micaela Cocks (11 points, four rebounds) hit double-figures. Rounding out the starting five, Tahlia Tupaea (eight points, 12 assists) had more dimes than the entire Hoiho side, while Krystal Leger-Walker (seven points, nine assists and five rebounds) was not far behind. Just the two Hoiho players reached double-figure points in Laina Snyder (17 points, seven assists, five rebounds and three steals) and Samara Gallaher (13 points, four steals and three rebounds), while there was no scoring contribution from the bench.

Northern Kahu will travel to take on Mid-North Whai next Sunday, while Southern Hoiho look to bounce back against Mainland Pouakai on Monday.