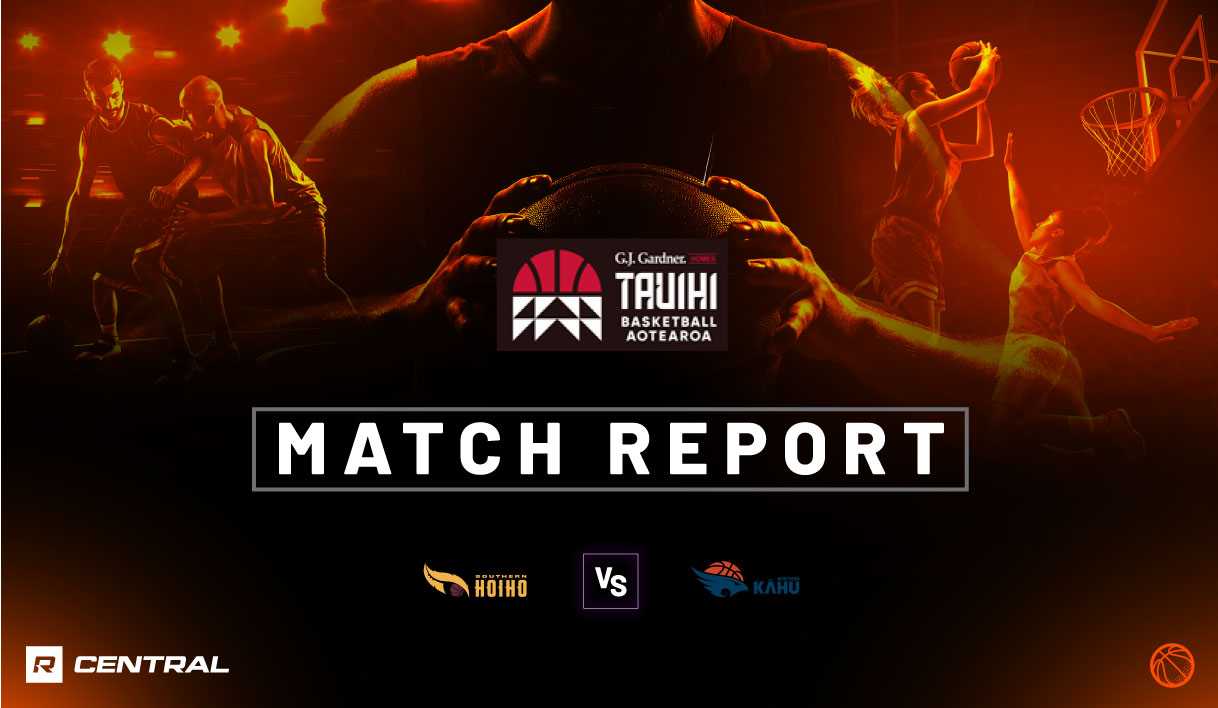 DESPITE slipping in the second term, Northern Kahu has handed Southern Hoiho a second straight loss to open the season, as Kahu kicked off its 2022 Tauihi Basketball Aotearoa season with a bang. Kahu lead at the first break, before finding themselves trailing by four at half-time. They got back on top on the third term to lead, before finishing off strong to win in a memorable slog, 50-46.

In a topsy-turvy match where the margin never got out of single digits, both the Hoiho and Kahu were up for the fight. The Hoiho actually started the stronger of the sides, scoring the first six points of the match, before Kahu piled on the last 10 in a strange occurrence to lead by four points at quarter time. Hoiho then started to work their way back into the contest, piling on 15 points to seven in the second term, and pushing the lead to eihgt at one stage, before a late rush from the Kahu halved it to four at half-time.

With the game already having a remarkable first half, it was only ever going to have more twists and turns, as the Kahu began to regain some of the ascendancy it had lost through the second term. Though the home team lead for the most part in the third term, Kahu struck late, and the teams traded the lead four times in the final few minutes, with the visitors leading by a point, 32-31. Yet again the fourth quarter followed the script of one team starting strongly and the other team then storming home, as Hoiho got back in front by four points, then Kahu stepped up. They gained some momentum in the last quarter to push it out to a team-high six-point lead, and kept it there over the last five minutes, to eventually take out the win by four, 50-46.

Both teams would not have been too pleased with their shooting, as Kahu marginally shot better at 25 per cent from the field compared to Hoiho’s 22 per cent, with the latter only hitting nine of a possible 41 shots from inside the arc. Kaahu was better from closer range, securing 12 of 35 at 34 per cent, but only drained four of 29 (13 per cent) from beyond the arc. Hoiho dominated the rebounds (58-46) and also lead the assists (12-7), but Kahu took control in the other areas, leading the steals (9-7), blocks (3-1) and had 10 less turnovers (12-22), scoring 12-4 points from turnovers.

Tahlia Tupaea was clearly the difference between the sides, shooting 23 points at 52 per cent, and collecting five rebounds and three steals for the Kahu in the win. Krystal Leger-Walker (nine points, six rebounds and three steals) and Micaela Cocks (eight points, six rebounds, two assists and one block) were also good outside the shooting woes.For the Hoiho, Samara Gallaher collected 19 points and 11 rebounds in a double-double effort, while Laina Snyder was not too far off herself, pulling in 14 rebounds, as well as nine points, four assists and two steals.