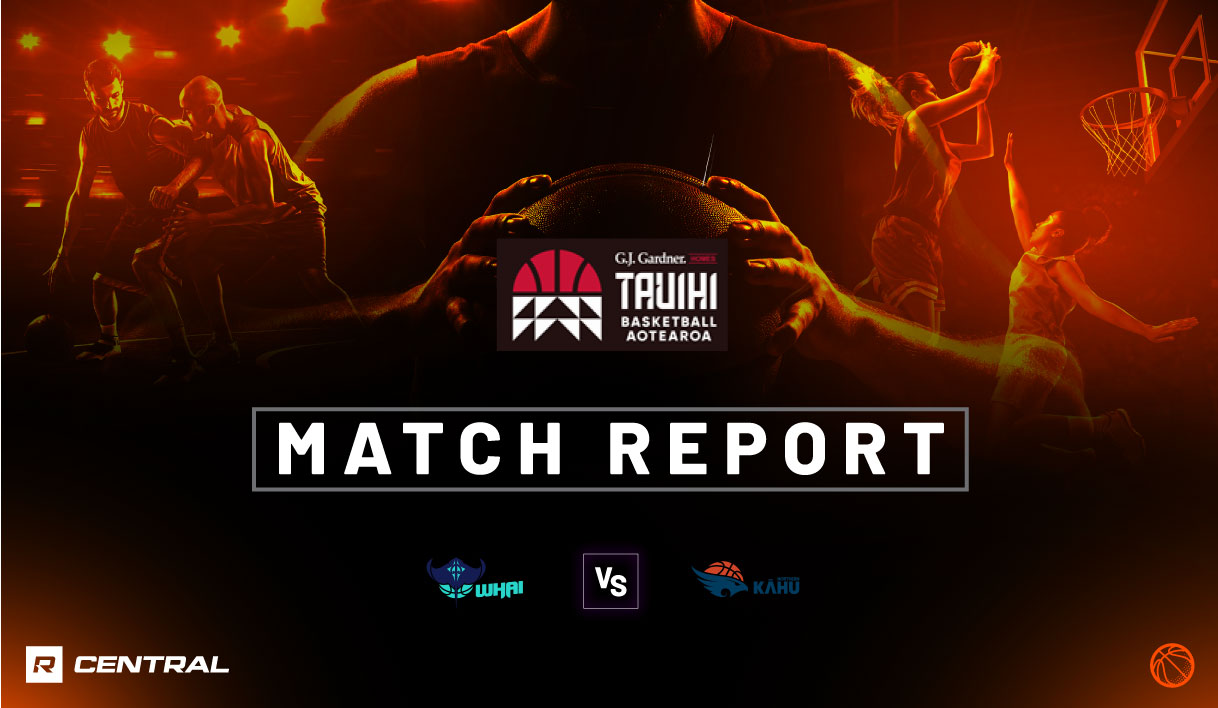 REMAINING the team to beat in the Tauihi Basketball Aotearoa, Northern Kahu have racked up their ninth straight win by defeating Mid-North Whai 88-64 yesterday. The Kahu completed a clean sweep over the Whai, winning for the third straight time in their head-to-head this season, thanks to outscoring them comprehensively in three of the four quarters. All five started picked up double-figure points in a team effort that helped in the 24-point victory at Queen Elizabeth Youth Centre.

Top of the table Northern Kahu were gunning for their ninth straight win and a complete clean sweep over Mid-North Whai who have positioned themselves as the team most likely to upstage the Kahu, having recorded a 4-2 record against the other three teams. From the opening tip-off it was the Kahu who raced away to an early lead that ultimately was never headed, scoring 22 points to 13 in the opening term to be nine points in front at the first break.

To the Whai’s credit, they were not going to give in easily, with a combination of Kyra Lambert, Sheniqua Greene, Sharne Robati and Esra McGoldrick all putting up plenty of points. The depth for the home team was lacking a little, but the Kahu had the majority from with captain Micaela Cocks, and Tahlia Tupaea leading from the front. By half-time, the score read 36-32 in favour of the Kahu. Despite the mini-resurgence back towards the Whai, the visitors got back on top, scoring 21-14 in the third and opening up a double-digit lead heading into the fourth quarter.

The fourth term is where the Kahu opened up the Whai defensively, and piled on 31 points to 18 to make it 52-32 for the second half. There was little the Whai could do, and with a ridiculously high rate of turnovers that was costing them possession. On the other hand, the Kahu had fired on all cylinders, overcoming a surprising deficit from a rebounding perspective to be far more efficient in both the shooting and ball-handing categories and punish the Whai off those turnovers.

Northern Kahu scored 45-10 points from turnovers after Mid-North Whai produced a whopping 27 turnovers. The winners also picked up 18 steals to five, highlighted by seven from Tupaea. The back court talent also registered a game-high 21 points, as well as four assists and two rebounds. Cocks (19 points, six assists and three rebounds) was impressive, shooting four of five from long-range.

Robati finished with a team-high 18 points, as well as five rebounds, but also eight turnovers and no assists. Greene (15 points, 11 rebounds) helped herself to a double-double on the day, while Lambert (13 points, five rebounds and four assists) and McGoldrick (10 points, six rebounds, four assists and two steals) were both strong.

Both sides take on Tokomanawa Queens in Round 6, with the Northern Kahu clashing with them on August 6, before the Mid-North Whai lock horns the day after.