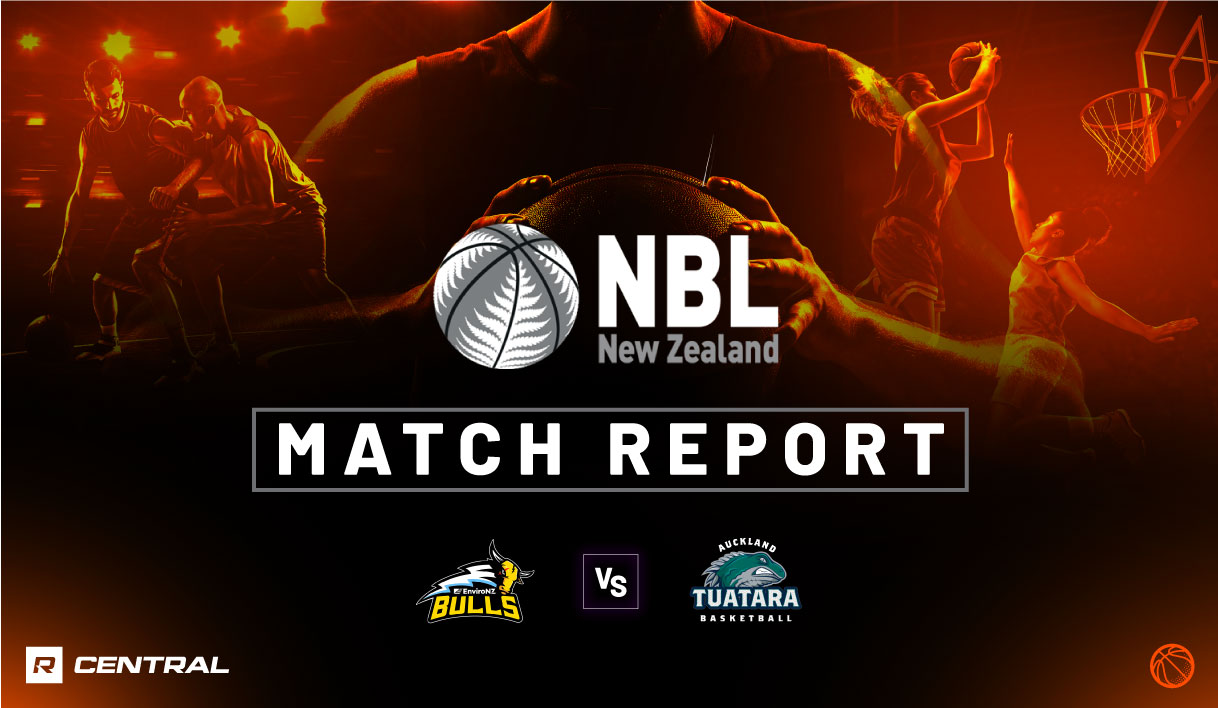 A STUNNING 28-9 final quarter blitz has seen Auckland Tuatara record a remarkable 21-point victory over Franklin Bulls to secure a Final 6 spot. The Tuatara have been one of the standout teams all season, and earned the victory after scores were level at the main break. All five Tuatara starters put up double-figure points, with Siler Schneider‘s 21-point, nine-assist and eight-rebound effort the highlight to help the visitors get over the line, 89-68.

Franklin Bulls started the game strongly in what was a must-win contest, sitting at 7-7 but having played less games than the rest of the competition. A win to Auckland Tuatara would guarantee a finals spot, but the third placed team also had one less game than the rest of the league, meaning they had to grab the points in order to avoid being overtaken in the run home. It was the Bulls who went out to a three-point quarter time lead, but it was not as straightforward as one might think. Auckland actually piled on 11 of the first 14 points before Leon Henry and the Bulls hit back with the next 13 points to get out to a handy lead before the Tuatara cut it back.

The second term saw the teams exchange baskets and the Tuatara cut the deficit back to all-square at the main break after a 23-20 quarter in their favour. Schneider was leading the way for his side on the scoring front as the team was on top of the rebound count, but the Bulls were remaining in it from high percentage plays. The third term was much the same as the second, with the Tuatara nudging ahead by two points at the final break as Dontae Russo-Nance and Corey Webster were starting to get cooking for their respective sides. Once the Tuatara hit the front again late in the third term – after temporarily giving it up – there was no turning back and the visitors piled on 28-9 in the final term to run away with the 89-68 victory.

Franklin Bulls will only have the five days break before taking on Taranaki Mountainairs on July 29, while Auckland Tuatara lock horns with Wellington Saints on August 6.