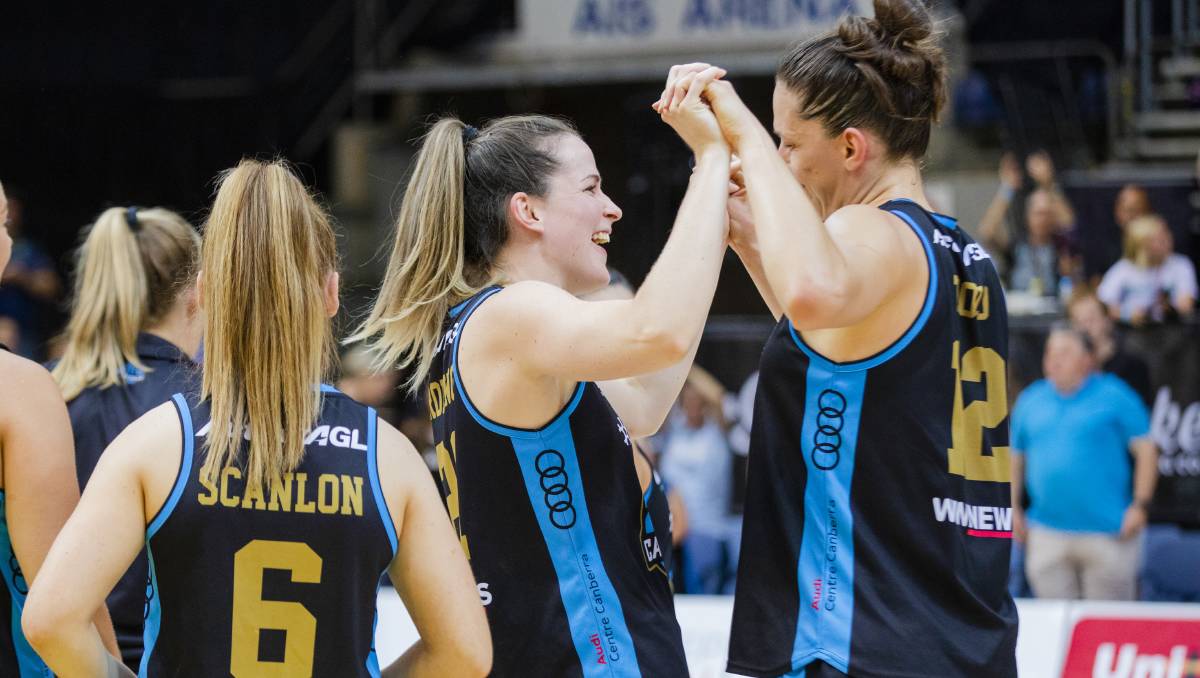 THE UC Capitals bounced back from their loss to Adelaide Lightning by defeating Bendigo Spirit 100-88, despite an outstanding performance from Anneli Maley.

It did not take long for the Spirit to get on the board in the first term after Leilani Mitchell’s layup went in. The Capitals didn’t take long to respond when Brittany Smart made a three-point jump shot seconds later.

Things were tight for the opening few minutes of the term before the Capitals started to pull away a bit and create a nice buffer for themselves. They were able to grow that buffer throughout the term and at quarter time the margin was nine points.

After both sides missed several shots in the opening minute of the second term, it was Brittney Sykes who got the first score on the board for the Capitals. She scored again about 50 seconds later before Bendigo’s Megan McKay made a two-point hookshot to stop Canberra’s scoring run. Bendigo did more of the scoring for the rest of the term, but Canberra still won the term and as the major break approached it was the Capitals who held a 10-point lead.

Bendigo came within nine points of the Capitals in the third term, but the Capitals really started to run away with the game in the third quarter. By the time they turned for home the margin had stretched out to 14 points. In the end, the Spirit never got close to the Fire in the final term and the Capitals ultimately came away with a 12-point win.

The Capitals dominated the pointy end of the top scorers list. Sykes shot a whopping 33 points and Kelly Wilson shot 14, while Smart, Mikaela Ruef and Jade Melbourne all shot 13 points each. Wilson also registered nine assists while Ruef registered seven of them.

For the losers, Maley was once again the star from a scoring perspective. She led all comers with a huge 38 points, and also registered a whopping 19 rebounds. Madeleine Garrick shot 12 points, Alex Wilson shot 11 and McKay shot 10.

Both teams get a short Christmas break before getting back out on court. The Spirit return to action against the Flames on Thursday, while the Capitals travel to Townsville to face the Fire on New Year’s Eve.