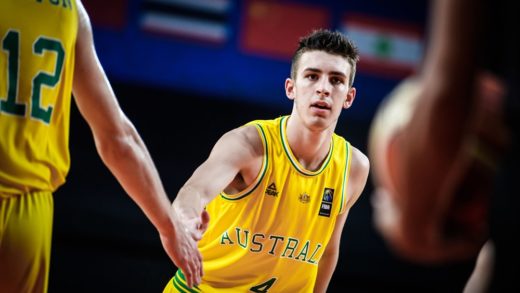 Pic: The Pick and Roll

WITH Round 1 of the National Basketball League (NBL)1 Men’s completed, all teams are gearing up for another big weekend of action, with Nunawading Spectres, Diamond Valley Eagles, Dandenong Rangers and Basketball Australia Centre of Excellence all playing two matches over the next three days. Ladder leaders, Kilsyth Cobras are the only side with two wins under their belt after Round 1, but have no games this weekend.

Looking back to the top performers of Round 1, Basketball Australia Centre of Excellence’s Alex Ducas is sitting top of the scoreboard, with 50 points across the opening round, averaging 16.7 points per game at this early stage of the season, though with three games already under his belt. North West Thunder’s Tre Armstrong and Ringwood Hawks’ Jacob Gibson are also sitting high in points despite both just playing the one game in Round 1, with 32 and 31 points respectively. Also high on the leaderboard for points per game are Dandenong Rangers’ Lucas Barker and Diamond Valley Eagles’ Joel Spear, who are both sitting on 30 points after Round 1. Armstrong and Gibson are also sitting at the top of the leaderboard for three-pointers, with eight apiece. Defensively, Frankston Blues’ Majok Majok and Albury Wodonga Bandits’ Torren Jones are sitting on an average of 15 rebounds after one game each, while Ringwood Hawks’ Joey Miller is sitting atop the leaderboard for assists, with 11.