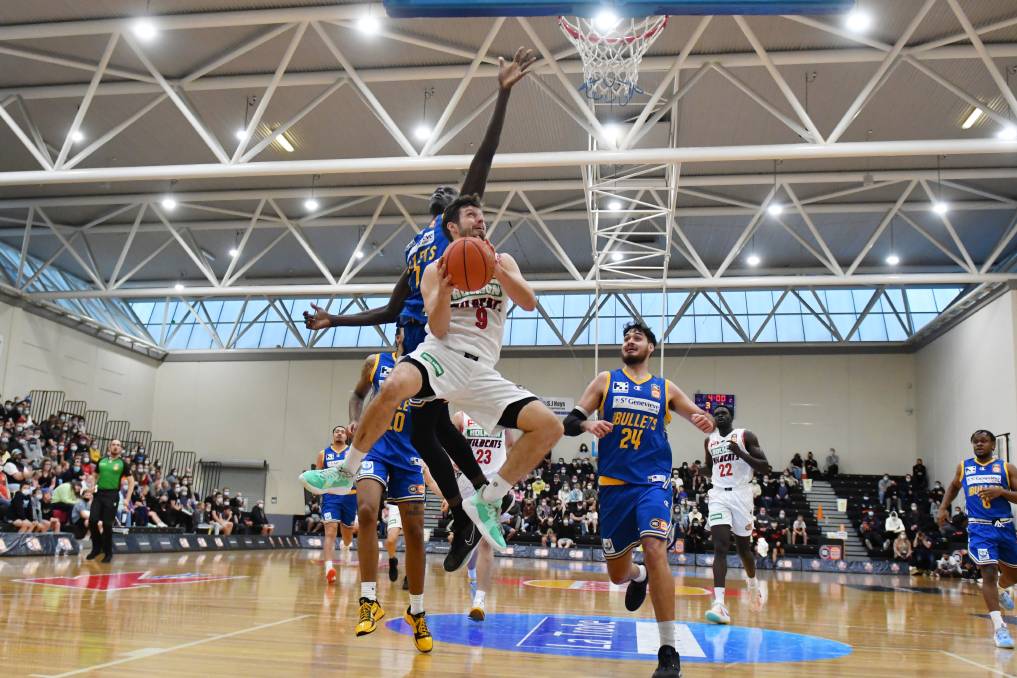 OVER the last few days, the National Basketball League (NBL) has held its preseason Blitz competition, with sides able to get some run into their players heading into the season opener next month. The competition is being played across three states, with Tasmania, New South Wales and Victoria all hosting some action over the coming weeks. This week kicked off the first batch of the 22-game fixture, with plenty of close contests keeping fans around the country engaged for the week thus far. While there was only one match on Friday night, there was still plenty for NBL fans to take away from the outing.

The Bullets continued their strong start to the NBL Blitz tournament, winning their second consecutive match and taking down the Perth Wildcats by 10 points at the Ulverstone Sports and Leisure Centre on Friday night. It was a dominant second term that set up the victory, with the Bullets able to ride the momentum home as they continue their stretch of impressive form. Given the side was unable to make the finals last year, this has been a promising start to their season as they look to work their way up the ladder. Meanwhile, the struggles of the Wildcats continued, as they sustained their second loss from two games from their time in the NBL Blitz competition.

The Wildcats opened proceedings with Kevin White nailing the first shot from behind the three-point line in what was a promising start. Both sides delivered zippy ball movement in the first term as they moved possession around to try and create the best shot. This resulted in both sides sinking shots from good looks. The sides could not be separated at the first break, with a buzzer beating shot from Perth big man Matthew Hodgson levelled up proceedings at the end of the first term in what proved to be an entertaining start to the game.

The second term saw the Bullets truly begin to tighten their grip on the contest, finding some serious offensive rhythm which made them essentially unstoppable for majority of the quarter. International recruit Chuanxing Liu began to display the potential he brings to the team, using his 7ft 5in figure to soar over defenders to pour in some valuable points. The Wildcats were by no means poor on the offensive end themselves, but they were unable to cap the scoring of their opponents, who were simply dominant in the term and had absolutely no troubles scoring. The Bullets ended up winning the quarter 33-25 as they took a handy lead into half time.

This trend continued into the third term, albeit not on the same scale, as the lead ended up being extended slightly as the Bullets began to sneak away from the opposition team. The duo of Tom Digbeu and Lamar Patterson began to inflict some serious damage to the Wildcats, who were simply not able to contain the duo from creating and making their shots. The Bullets were able to extend the margin by four points to claim a 12-point advantage heading into the final term.

The fourth quarter saw a slight fightback from last year’s grand finalists, with the Wildcats actually outscoring their opponents in the final term. However, the damage had already been done by this stage, and the result was all but decided in the first three quarters, as the Bullets cruised home to claim a 10-point victory.

There were plenty of strong contributors for the Bullets, but none stood out more than youngster Digbeu. The NBL Next Star delivered an impactful performance off the bench, pouring in 16 points in just 19 minutes of action. With a big season in store for the young gun, performances such as these will give fans plenty to look forward to. Despite being unable to claim the victory, the Wildcats will be encouraged by the performance of reigning League MVP Bryce Cotton, who looked back to his best with 22 points.