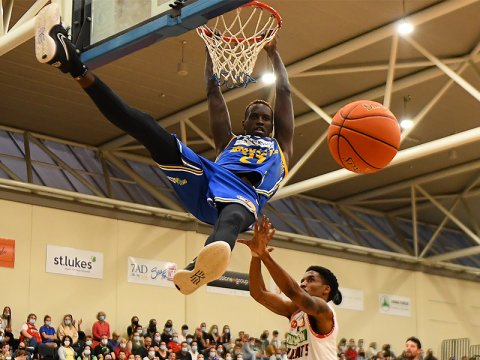 THE upcoming season of the National Basketball League (NBL) is just around the corner, with the season opener slated for December 2. As the NBL Blitz pre-season campaign comes to a close, sides across the league will be finalising their preparations for their NBL22 campaigns. With that said, it is time for us to take one final look at each team, and how they are faring heading into the upcoming season. Next on the agenda are the Brisbane Bullets, who delivered an uneven season last year, and will be looking to produce more consistency in their upcoming campaign.

The Bullets ended up breaking even with their 2020-21 NBL campaign, winning half of their 36 games, but unfortunately this also meant they fell short of a postseason berth. The club looked internationally with their off-season signings, with a number of eye-catching additions. Chinese big man Liu made headlines as the tallest player in NBL history at 7ft 5in, while NBL Next Star Digbeu looks set to take the league by storm with his remarkable potential. Leading the new additions will be skipper Cadee, who has shown his impressive leadership qualities in the past, while the side can always rely on the talents of Sobey to get them over the line. In even more promising news, the Bullets were one of the strongest performing sides in the NBL Blitz, winning their first three matches in convincing fashion. If they can keep this form rolling into next week’s season opener, then they will emerge as one of the championship favourites.