THE National Basketball League (NBL) season is just around the corner, and there is plenty to keep an eye on in the 2022/23 campaign.

One of the biggest positives for the competition over the past few years has been the injection of young talent into the league, with the NBL attracting not only domestic, also but international young guns.

Since the league added the Next Stars program and brought in the likes of Lamelo Ball, the competition is now a genuine pathway to the NBA for budding prospects around the world.

In the Young Gun Watch series, we take a look at some of the most impressive talents the competition has to offer ahead of the upcoming season. There is no better player to start with than Luke Travers, who has been one of the biggest success stories for domestic youngsters in recent years. 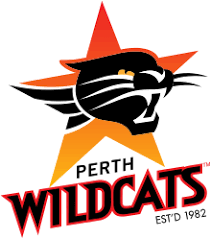 Playing with the Perth Wildcats, Travers has been a long-term prospect, making his debut with the club as a development player in 2019. While his stats were not insane by any measure, it was an extremely promising start to his career, as he was able to show he has the tools to become one of the country’s strongest performers in years to come.

He continued to hone in on his craft the following year, with the 2020/21 campaign seeing increased court time for the guard. His field goal percentage and points per game all increased over the season, as the Wildcats gave him more opportunity to improve his skills and get games under his belt. By the halfway point of the season, Travers had emerged as one of the competition’s brightest young guns, and whispers of NBA Draft opportunities began.

Season 2021/22 was Travers’ best of his career, as he took his game to another level with career-best numbers across the board. His minutes went up to 22 per game, and Perth was happy to give the youngster more opportunity. Points and rebounds almost doubled for Travers and he was able to take the biggest step in his individual game to date. Averaging almost eight points per game, Travers began to rise up the NBA Draft rankings, which was helped by a career-high 24-point performance against the SEM Phoenix.

Travers was selected by the Cleveland Cavaliers with the 56th pick in the 2022 NBA Draft. After competing in the NBA Summer League with the side, Travers agreed to return to the NBL and join the Wildcats for the 2022/23 season.

Travers is an extremely crafty player, able to create well out of the pick and roll situation. While he does not play with extreme pace when the screen is set, Travers is able to still make tough passes with a defender on his back or cut to the hoop himself, where he is a strong finisher. He also has quite a hesitation move up his sleeve, which he uses to take advantage of bigger opponents when the pick and roll forces a mismatch.

If he is to take the next step in an already-promising career, Travers will need to work on his shooting form. He only shot 25 percent from behind the arc in the 2021/22 season, and teams are beginning to drop off when he gets the ball at the perimeter. If he wants to become a truly well-rounded threat at NBL and NBA level, it is an area he will need to work on.