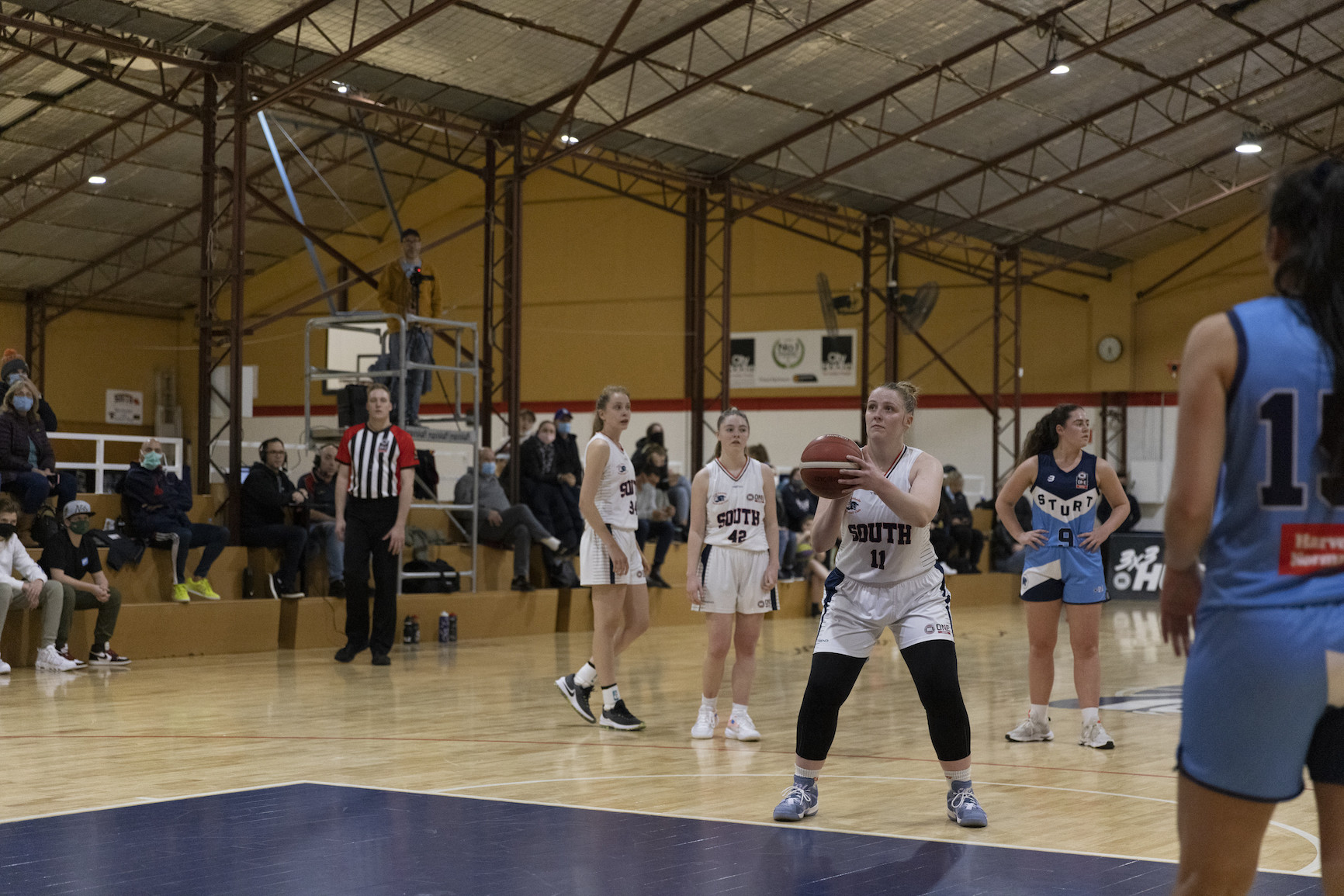 FINALS action is here in the National Basketball League (NBL)1 Central women’s division and the top five teams have earned the right to playoff in the post-season series. After a sensational season collecting the minor premiership, the Southern Tigers have a bye in the opening week of finals, whilst Sturt Sabres and South Adelaide Panthers play off for the right to face them, as there is no turning back for the loser of the elimination final between Forestville Eagles and North Adelaide Rockets.

Scheduled for a slightly earlier time slot, the fourth placed Forestville Eagles and fifth placed North Adelaide Rockets do battle, with both sides only percentage away from being in very different circumstances. The Eagles finished percentage outside the double chance, whilst the Rockets squeezed into finals by percentage ahead of sixth placed Norwood Flames. Forestville won 12 out of 18 games, but are by far the lowest scorers of the finalists, averaging 72.2 points per game, as North Adelaide ranks third thanks to 78.6 points per game. By comparison though, the Eagles rank think for defence with just 62.3 points per game conceded, whilst the Rockets concede 69.4 points per game. Both sides come into the match having won three of their past five contests, including their last two games, though just one of those combined four – the Eagles’ win over South Adelaide Panthers in Round 17 – was against another finalist. The last time these sides faced off in Round 12, the Eagles won by eight points, 76-68.

Samantha Simons has been the dominant player for the Eagles, topping the team charts in points, rebounds, assists, steals and blocks in a phenomenal effort across the board. The talented guard averaged 21.83 points, 8.50 rebounds, 5.27 assists, 1.89 steals and 1.22 blocks in an all-round, eye-catching 2021 season. Back court partner-in-crime Brooke Basham was not far behind from the playmaking sense, adding 18.61 points – the only other player to average double-figure points from the Eagles – as well as 2.76 assists and 1.62 steals, ranking second in all three categories. Cara Annetts (9.94 points, 6.33 rebounds and 1.33 steals) and Amy Cotton (8.07 points, 6.23 rebounds) also impressed this year.

The Sturt Sabres will head into a home qualifying final as the strong favourites, having amassed three more wins than their South Adelaide Panthers opponents (15-12), and also rank first in the competition for offence, and second for defence. The Sabres were just one win away from grabbing top spot in the NBL1 Central, with a superior percentage to that of the minor premiers, Southern Tigers. They averaged a whopping 84.9 points per game this season, whilst the Panthers to their credit ranked second overall with 80.9 points per game. On the defensive end, the Sabres were incredible, conceding an average of 59.7 points, whilst the Panthers ranked fifth overall, with a higher 68.6 points per game. Coming into the clash, the Sabres had won four of their past five, with the Panthers looking a little shaky losing the final two games of the season to be knocked out of a top two spot. Those games came against the Sabres (six points) and Forestville Eagles (15), whilst the Sabres knocked off the Norwood Flames, but dropped a game to West Adelaide Bearcats in Round 16.

Sturt Sabres guard Kylee Smith has been one of a number of dominant players this season, ranking in the top two for her side in points, rebounds, assists and steals. She put up team-highs in points (19.31) and rebounds (7.12), while being second for the Sabres in assists (2.93) and steals (1.75). Jade Johnson (16.22 points) has been an exclusive scoring talent, while Nicola Mathews (10.11 points, 4.33 rebounds, 4.50 assists and 2.83 steals) has been in the top four across all the key statistics. Teenager Tayla Brazel (12.72 points, 3.27 rebounds) is the other Sabre in double-figure points, whilst dual-coder Soriah Moon has averaged 6.23 rebounds in less than 16 minutes on court this season.

Power forward Olivia Thompson has been outstanding for the Panthers this year, averaging a massive double-double of 23.88 points and 14.61 rebounds to be the clear top in both categories for the Panthers. She also ranks first for her side in blocks (0.94), second for steals (2.06) and third for assists (2.11) to contribute to their successful season thus far in multiple ways. Ashley Spencer has not been far behind, putting up 16.93 points, 5.66 rebounds, 2.53 assists and 1.33 steals, ranking top three across all those areas. Hannah Stewart (11.0 points, 4.33 rebounds and 1.33 steals) and Jordan Hunter (8.72 points, 4.38 rebounds, 8.27 assists and 2.11 steals) has also been a strong presence across the court.