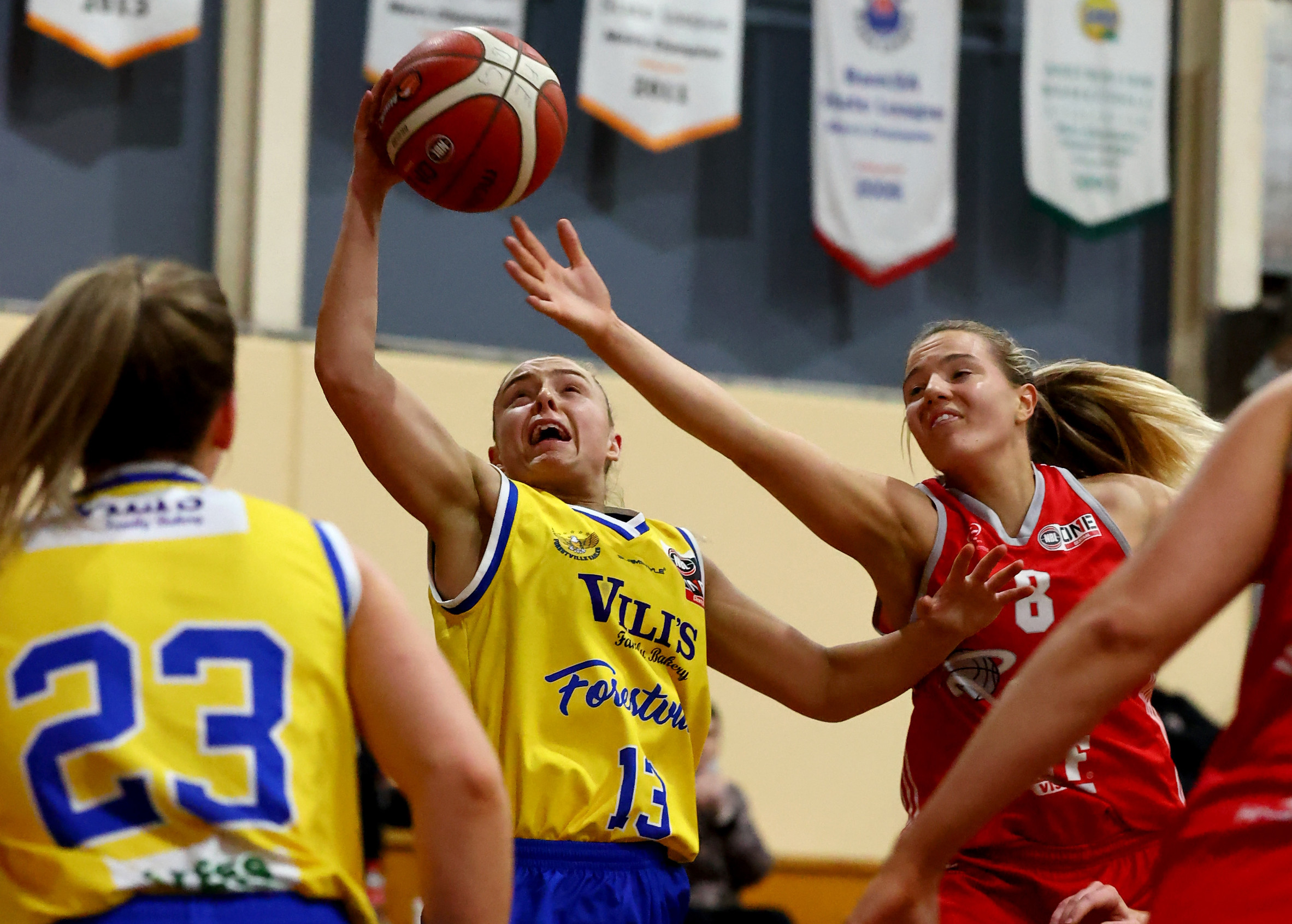 A COUPLE of upsets took place in the National Basketball League (NBL)1 Women’s division, with the two lower ranked sides both getting up in their respective finals for week one.

North Adelaide Roosters have kept their championships hopes alive with a memorable 12-point victory over Forestville Eagles on the road. The fifth placed Roosters led by three points at quarter time in what would be a tight battle throughout the first half, as the Eagles cut the deficit to two at the main break. Starting to break away in the second half, the Roosters won the third and fourth terms by five points each, to make it a double-digit win, 76-64.

North Adelaide dominated the rebounds (57-36) in what was the key difference between the sides, and shot at a marginally higher clip form the field (38.57 to 36.23 per cent). Jess Good put up 29 points and 20 rebounds – five offensive – in a massive performance for the Roosters, whilst also collecting the four assists and two steals in the win. She got to the line for 14 attempts, nailing 10 of them, and was the key player in the match.

Other Roosters who stood out include Taylor Ortlepp (17 points, six rebounds and four assists) and Sam Defrancesco (16 points, two rebounds). Tia Bails also picked up eight rebounds and three assists to go with her four points. Samantha Simons had another strong effort with 18 points, eight rebounds and six assists in defeat for the Eagles, while Brooke Basham led the scoring with 21 points, as well as four rebounds, three steals and two assists. Cara Annetts recorded a double-double of 13 points and 10 rebounds, while Zali Grosser managed the seven points and seven rebounds.

A stunning first term from underdogs South Adelaide Panthers has seen the third placed side upset the second placed Sturt Sabres and move to one win away from a grand final. The Panthers stormed to a massive 17-point quarter time lead with a 34-17 opening term to really state their intentions. The Sabres hit back in the second quarter 20-12 and cutting the deficit by to single digits, but the Panthers managed to regain the momentum and won the last two quarters to secure the 14-point win, 93-79.

South Adelaide shot at a much higher efficiency, managing 40.58 to 29.89 per cent from the field, taking 18 less shots, but making two more than the Sabres. They also had 11 more rebounds (61-49) and nine more assists (20-11), though the Sabres picked up more steals (14-7) in defeat. Two Panthers stood out above all others with a couple of massive double-doubles in Olivia Thompson and Ashley Spencer. Thompson amassed 28 points and 15 rebounds, whilst Spencer picked up the 27 points and 14 rebounds in the win.