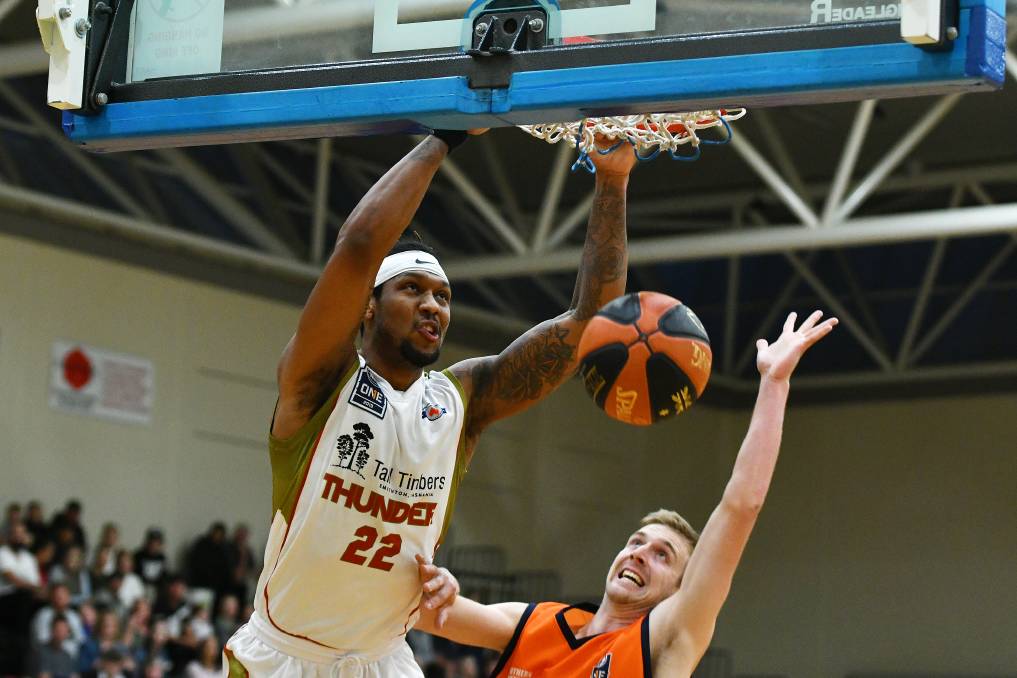 KILSYTH Cobras have finished Round 2 with a pair of victories to sit atop the brand new National Basketball League (NBL) 1 ladder. The Cobras knocked off Knox Raiders 93-67 before backing up the victory with a five-point win over Basketball Australia Centre of Excellence (CoE).

In the first match, Peter Hooley sunk a team-high 17 points in the win, also recording three rebounds, five assists and three steals in the win, while Isaac Turner finished with 13 points, two assists and two rebounds, albeit with just one shot made from three-point range from eight attempts. Owen Odigie was massive off the boards, picking up 14 rebounds, 11 of which were defensive as well as four points. Chris Patton had a strong all-round game with 10 points, six rebounds and five assists.

Looking across the league, both Tasmanian sides enjoyed victories over Southern Sabres in the Apple Isle. North West Thunder had an eye-opening 33-point win over the Sabres. Tre Armstrong sunk 32 points including eight from 13 from three-point range. Lachlan Gent was able to get creative at both ends, posting 10 points as well eight assists and seven defensive rebounds. Jordan Bowling was the other standout for the Thunder with 14 points, four assists and six defensive rebounds. Nick Banyard and Paul Campbell recorded a team-high eight rebounds each, as well as a combined 16 points. James Cigognini and Sam McDaniel both posted 11 points as well as a combined nine rebounds. Rhys Carter had six of his team’s 15 assists.

The day before Hobart Huskies escaped with an eight-point win over the Sabres, coming from four points down at the final break to fire 34 points to 22 in the last quarter to run over the top of their opponents with an 88-80 win. Jalen Adams was the star of the show with 26 points, seven rebounds and and three assists, while Zachary White (14 points and eight rebounds) and Matthiang Muo (12 points) were also prominent on the boards. Cigonini, Carter, McDaniel and Jaden Weldon were standouts for the Sabres, scoring double-figure points as well as a combined 21 rebounds.

Despite registering two losses over the weekend, the future of Australia’s talent stunned Dandenong Rangers in the opening game of the round, recording a 99-88 victory. Alex Ducas scored 18 points and had seven rebounds, six of which came off the defensive boards. Kyle Bowen used his time at Perth Wildcats to good use, being busy around the court with 15 points, eight assists and three rebounds, while Hunter Goodrick finished with 16 points and four rebounds. For Dandenong, Lucas Barker was a lone-hand in the forward half, sinking 30 points, six rebounds and four assists. Tim Lang (13 points) and Tyler Robertson (12) were other Rangers who stood tall in defeat.

For the other teams that played two matches across Round 1, both Nunawading Spectres and Waverley Falcons split their results. The Spectres were too good for Geelong, recording a 23-point win away, before heading home to fall seven points short of a second win against a determined Ballarat Miners outfit. For the Falcons, they won away against Frankston Blues in an eight-point victory, before falling to Albury Wodonga Bandits at home by three. In other results, Eltham Wildcats defeated Diamond Valley Eagles by six points, Ringwood Hawks smashed Basketball CoE by 35 points, and Bendigo Braves knocked off Melbourne Tigers away in a four-point game.