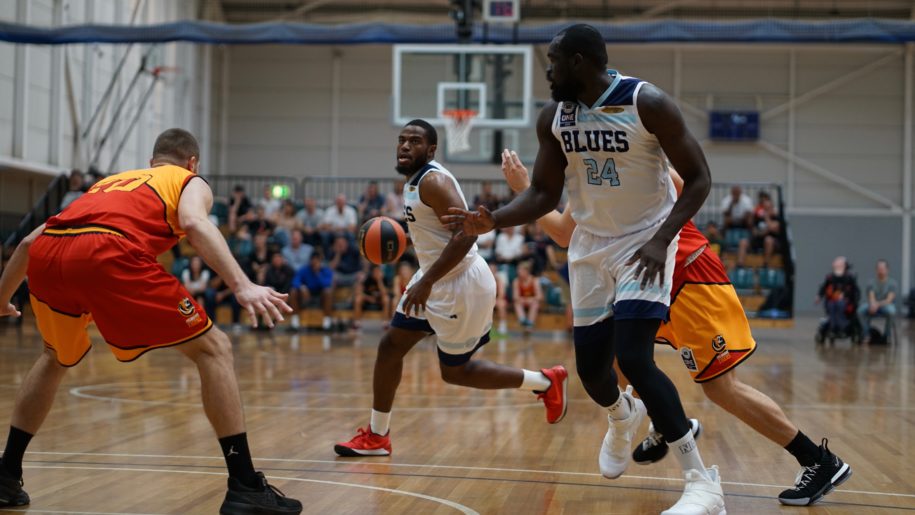 BALLARAT Miners, Albury Wodonga Bandits and Kilsyth Cobras are the only three sides remaining undefeated in the National Basketball League (NBL)1 competition after two rounds, having won both their encounters thus far. While Nunawading Spectres sit atop of the table, they have a 3-1 record, albeit with a healthy percentage of 116.

For the five sides that played out two games across the weekend it was good news for three of them as Nunawading Spectres, Basketball Australia Centre of Excellence (CoE) and Dandenong Rangers all had back-to-back victories, while for Diamond Valley Eagles, that had two nail-biting losses which equated to just a combined seven points, while Bendigo Braves also went down in both their matches.

Nunawading had no troubles dismissing Hobart Huskies in the Apple Isle, posting up 53 points to 31 in the first half, then surviving a third quarter challenge to eventually secure a 93-72 win. Tom Wright was superb with 24 points, including 10 from 15 from the field, while Dain Swetalla scored 22 points with eight from 12, while also recording nine defensive rebounds and three assists in the victory. Jacob Richards (15 points) and Jack Stanwix (10 points, four rebounds) were the best for the home side.

The Spectres doubled up in Tasmania with a 92-79 victory over North West Thunder. Level at quarter time, the Spectres scored 29-19 in the second term to breakaway and lead by 10 at the main break. By the last quarter, Nunawading held a 13-point lead over the Thunder and eventually enjoyed that margin at the final buzzer. Swetalla was again busy with 23 points, 13 rebounds – 11 defensive – shooting at 69.2 per cent from the field. Simon Conn was also prolific with 22 points, 17 rebounds – 13 defensive – and two assists as they did as they pleased off the back boards. Shane McDonald (17 points, five assists and four rebounds), Costa Hronopoulos (13 points, four rebounds) and Wright (12 points, three assists) were others who impressed on the night. Nick Banyard was the dominant player for the Thunder, posting up 18 points and six rebounds, while Lachlan Dent finished with 15 and two, as well as three assists.

After losing two of their first three games in Round 1, Basketball Australia CoE bounced back with two wins, defeating Bendigo Braves away, 87-72 with a memorable second half which saw the future stars of the Boomers scoring 48 points to 28. Alex Ducas had a game-high 23 points, as well as six rebounds, two assists and two steals, while Isaiah Lee finished with 12 points – including all 12 attempts from the foul line – as well as two assists. Hunter Goodrick (16 points, five rebounds) and Kyle Bowen (10 points, 11 rebounds and six assists) were others who stood tall in the win. For the Braves, Ray Turner had 18 points and a massive 16 rebounds, while Matthew Andronicos finished with 12 points, six rebounds and two assists.

In the second game, the CoE knocked off Diamond Valley Eagles by just two points in a see-sawing contest. Ducas was superb in front of the ring, scoring 29 points, while Goodrick had 13 rebounds to go with his 19 points, four assists and three blocks. Josh Kunen stepped up with 17 points, seven rebounds and five assists, while Lee also reached double-figure points with 13, as well as four assists and five rebounds. Ben Allan was best on court for the Eagles with 20 points, 10 rebounds, four assists and a steal, while Liam Thomas had 12 rebounds to go with 15 points, two assists and three blocks. Darcy Harding was also busy with 20 points and four rebounds.

It was a heartbreaking weekend for the Eagles, who also fell to the Dandenong Rangers on Sunday in an 81-76 loss. Trailing by 10 at the final break, the Eagles stormed home to score 17 points to 12 in the final term, only to fall agonisingly short by five points. Harding was again big with scoring, finishing with 18 points, while Allan had 14, as well as 10 rebounds, three assists and three blocks. Joel Spear was another Eagle who flew high with 13 points, five rebounds and four assists. For the winning Rangers, Sam Froling had a game to remember with 24 points, nine rebounds – seven defensive – and one assist. Tim Lang also starred with 15 points, 11 rebounds, three assists and two steals, while Lucas Barker (14 points, six assists and four rebounds) and Keil Leaupepe (12 points) were others who contributed in the win.

The day before, Dandenong had a nice seven-point win over Southern Sabres. Barker top-scored with 19 points and four rebounds, as well as five assists and two steals. Froling (17 points, 12 rebounds, two assists, a steal and a block) and Tyler Robertson (18 points, three rebounds and two assists) were others who impressed in the victory. The Sabres suffered their third consecutive loss with the defeat, despite the best efforts of Melbourne United’s David Barlow who scored 22 points, 10 rebounds – nine defensive – and five assists on debut for the Sabres, while Sam McDaniel (14 points, five rebounds) was also impressive for the losing side.

In other results, Albury Wodonga Bandits won a high-scoring thriller against Ringwood Hawks, 105-100. Ken-Jah Bosley was simply unstoppable for the Bandits as he produced a 37-point, seven-assist and two-steal game in the five-point win. Deba George had 24 points, seven rebounds and eight assists in the win, while Jacob Gibson and Joey Miller combined for 42 points, 12 rebounds and nine assists for the Hawks. Ballarat Miners remained undefeated with an eight-point win over Bendigo Braves, as Sam Short finished with 24 points, three rebounds and three assists, while Kuany Kuany scored 21 points, six rebounds, five assists and two steals. For the Braves, Deonte Burton‘s debut was impressive, scoring 30 points at 64.3 per cent from the field, while also helping himself to four rebounds and six assists. Meanwhile Geelong Supercats defeated Knox Raiders, 88-72 as Lewis Thomas and Demarcus Gatlin combined for 42 points, 20 rebounds, eight assists and six blocks; Waverley Falcons came from behind to overrun Eltham Wildcats in an 89-84 win with Deondre McWhorter on fire thanks to 27 points, 14 rebounds and three blocks; and Melbourne Tigers enjoyed a 102-91 win over Frankston Blues. Nic Pozoglou scored 25 points, nine rebounds and nine assists, combining well with Dane Pineau (21 points, 15 rebounds and five assists), while Frankston Blues’ Damon Bozeman scored the second most points of the round, posting 33 as well as six rebound and two assists, and Majok Majok had a mammoth 17 rebounds.