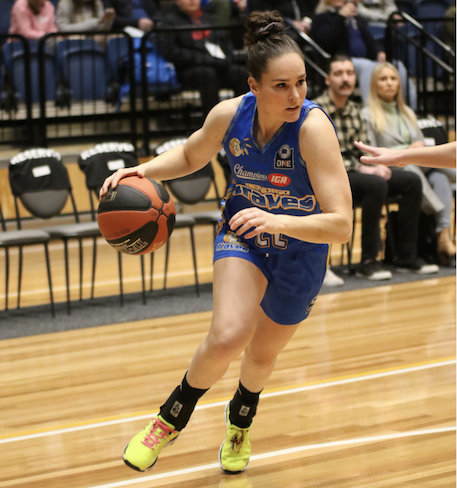 IN the mid-season break, Basketball Draft Central takes a look at each National Basketball League (NBL)1 team in both the men’s and women’s competition and will analyse how they have performed to date, some of their top performers, and the run home to see if they can make finals. Today we analyse the Bendigo Braves, with the women firing on all cylinders, while the men have had an indifferent start, hoping to find form in the final stanza of the season to crack into the top eight.

The Bendigo Braves Men’s side has been a fairly formidable force at home, winning five of its seven games, but has struggled on the road with just one win from six outings. They have had an inconsistent season to be 6-7 at the mid-season break, with five wins in their past 10 games. In terms of the players, only one has started in every single game – likely best and fairest winner, Ray Turner who has posted a massive 280 points – almost 130 more than the next highest Brave. Turner averages 21.5 points per game, as well as 12.4 rebounds, 2.1 assists, 1.4 blocks and 0.8 steals. He is shooting at 54.5 per cent from the field, ranked third overall at the club. Other players in double-figure points averages are Mathiang Muo (17.0 points, 5.6 rebounds and 2.0 assists) and Deonte Burton (12.8 points, 4.7 rebounds, 5.8 assists and 1.2 steals) who have combined for a total of 20 games, with 14 players having taken the court for Bendigo this season.

The Braves have a good chance of securing a top eight spot this season with just two games against finals-bound sides remaining from their seven outings. They play Albury Wodonga Bandits twice, and aside from Ballarat Miners and Geelong Supercats, have a relatively easy run home with games against three of the bottom five sides.

The Bendigo Braves Women’s side has been one of the title contenders all year, with just a 16-point defeat at the hands of ladder leaders, Geelong Supercats as the only blemish in their season to date. The Braves have been really consistent at home (6-1) and away (6-0) and with four genuine stars, are a worry for any opposition side. The four players who have stood out this season thus far are led by Kelly Wilson, who will be in contention for the overall Most Valuable Player (MVP) award, having averaged 22.1 points, 10.7 assists, 6.5 rebounds and 1.8 steals per game. The trio of others who are often amongst the best are Tessa Lavey (16,8 points, 4.8 rebounds, 5.2 assists and 1.6 steals), Gabrielle Richards (14.9 points, 10.3 rebounds and 2.2 assists), and recently, American import Rebecca Tobin (14.8 points, 12.2 rebounds, 2.0 assists, 1.4 steals and 1.0 blocks) who has just played the five games. Importantly they have had contributions from the likes of Nadeen Payne and Bianca Dufelmeier as well, while blooding youngsters such as Olivia Noter (seven games, three starts) and Piper Dunlop (one game). Well and truly one of the contenders heading into the run home to finals.

The run home should not be a problem for the impressive Braves who seem to meet every challenge thrown their way. The final game of their regular season is against Geelong Supercats, which could end up being a battle for the minor premiership.