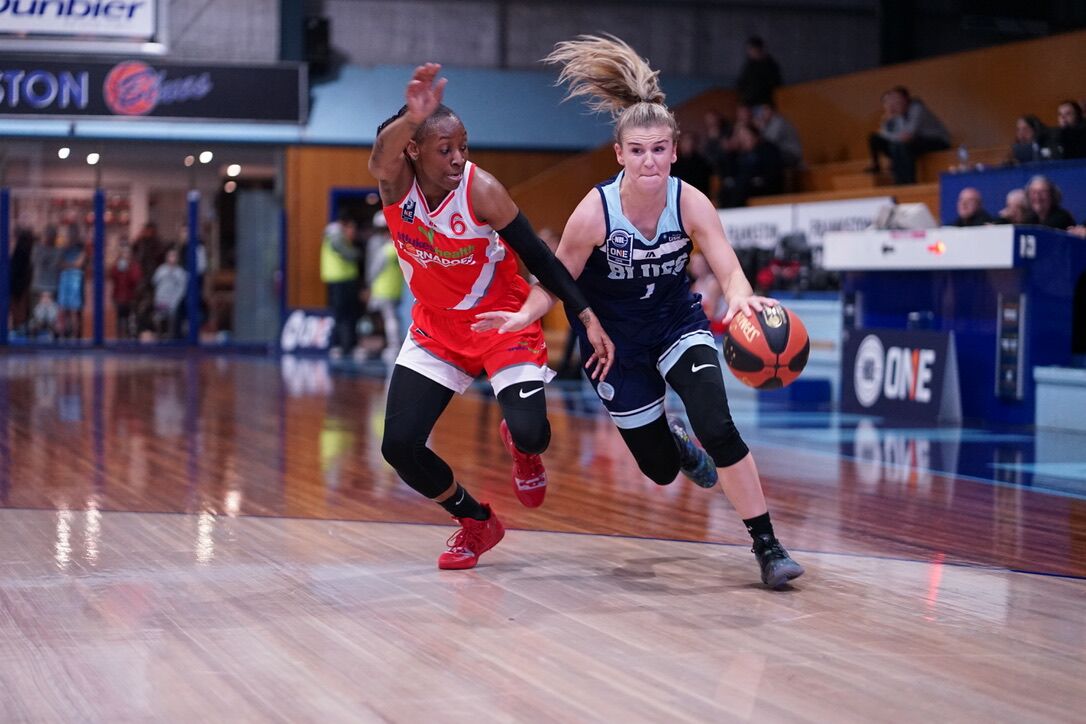 IN the mid-season break, Basketball Draft Central takes a look at each National Basketball League (NBL)1 team in both the men’s and women’s competition and will analyse how they have performed to date, some of their top performers, and the run home to see if they can make finals. Today we analyse the Frankston Blues, with the men’s side in a strong position following a great purple patch of games, while the women’s side needs to continue their good form to sneak into finals.

The Frankston Blues men’s side looked gone and buried early in the season when they slumped to five consecutive losses. An upset win over Nunawading Spectres was just what the doctor ordered to kick-start a six-game winning streak, which included scalps of not only the Spectres, but other title contenders Knox Raiders and just last round, top-of-the-table Ballarat Miners. It showed Frankston’s best is as good as any side, it is just being the good Frankston – the one that knocks off anyone – rather than the inconsistent Frankston – the one that loses to bottom eight sides. The strength of Frankston’s top-end features players that all have different abilities with Damon Bozeman the consistent scorer (20.8 points, 5.0 rebounds, 2.2 assists and 1.5 steals per game), Igor Hadziomerovic the all-rounder (15.7 points, 6.4 rebounds, 2.8 assists and 1.0 steals per game), Daniel Trist the playmaker (12.3 points, 6.7 rebounds and 3.7 assists per game) and Majok Majok (12.2 points, 9.9 rebounds and 1.8 assists per game) the dominant rebounder. All these players add a different dynamic to the side which makes the Blues do damaging.

The Blues’ best as mentioned is capable of beating anyone, so the run home will not scare them in the least. Helping their case is the fact the Blues play the four teams just above them on the ladder and could elevate themselves into the top four, as they also have a double-up against last placed Southern Sabres in the final three rounds, as well a road trip against bottom four side Albury Wodonga Bandits.

The Frankston Blues women’s side is similar to the men’s in the fact they had a slow start to the season but began to gel later in the first half of the season. Before last weekend’s heartbreaking two-point loss to Ballarat Rush, the Blues had strung together three consecutive wins, including an impressive 20-point victory over Ringwood Hawks. They need to get a wriggle on with six wins in the final seven games making it a tough task for finals, but the evenness of the table could work in their favour, sitting two games outside the top eight. Steph Reid has been enormous this season, breaking the points record with a massive 50-point game as well as 10 assists, seven steals and two rebounds against Launceston Tornadoes, shooting at 76 per cent from the field in the Blues’ massive 47-point victory to get them vital percentage back. This season Reid averages 21.2 points, 6.4 assists, 3.2 rebounds and 1.6 steals per game, while Shereesha Richards has been important since joining the side midway through the season, playing the last six games and shooting at 67.2 per cent from the field for her 16.8 points, 9.5 rebounds and 1.5 steals per game. Saraid Taylor (11.3 points, 5.4 rebounds, 1.8 assists and 1.5 steals) and JoAnna Smith (11.9 points, 4.0 rebounds, 1.7 assists and 1.2 steals per game) have also been crucial players for the Blues this season.

The Blues might need six wins in the final seven seven games, but have a favourable draw to do the unlikely. A double-up against second bottom Southern Sabres, as well as a clash next round against bottom four side Basketball Australia Centre of Excellence awaits. The fourth placed Dandenong Rangers loom as the biggest challenge, but are out of form, while fifth placed Kilsyth Cobras are the opponent in the penultimate round.