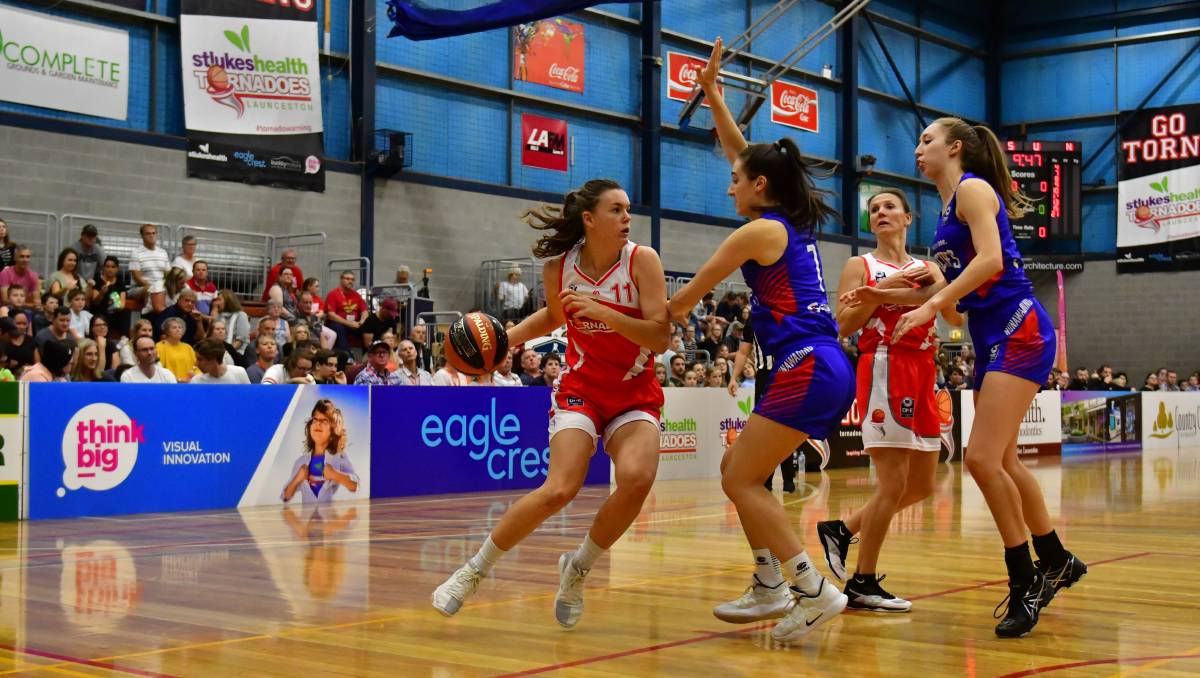 IN the mid-season break, Basketball Draft Central takes a look at each National Basketball League (NBL)1 team in both the men’s and women’s competition and will analyse how they have performed to date, some of their top performers, and the run home to see if they can make finals. Today we analyse the North West Thunder / Launceston Tornadoes, with the Thunder still in contention for a top eight spot if everything goes their way, while the Tornadoes are out of the finals race, but will be keen to finish strongly.

It has been an inconsistent start to the season for the Thunder who recorded a pattern of a win then a loss up until three consecutive losses in the past three matches against Ballarat Miners and Basketball Australia Centre of Excellence in Round 8, and Geelong Supercats in Round 9. At that stage, the 5-4 record looked healthy enough, but now the Thunder have a 5-7 win-loss ratio and need to start putting wins on the board. Tre Armstrong (16.3 points, 4.1 rebounds, 2.8 assists and 0.8 steals) started as a one-man show early, but received support from Nick Banyard (17.4 points, 7.4 rebounds and 2.4 assists) since he has come into the team, while Jordan Bowling (13.9 points, 5.8 rebounds, 2.0 assists and 1.7 steals) has also picked up with some impressive mid-season performances. Paul Campbell (11.0 points, 7.8 rebounds, 1.0 blocks and 0.9 assists) is a key player off the boards, while Lachlan Dent (9.7 points, 3.4 rebounds and 4.0 assists) might not have big numbers, but has been creative on the attacking end.

The Thunder have an all-Tasmanian battle at home against Hobart Huskies, before facing sides at polar ends of the table. It is hard to see the Thunder winning enough of the six games required to make finals given they have to take on Geelong Supercats, Melbourne Tigers and Kilsyth Cobras in successive weeks. The Thunder could have a chance of finals with less wins given the amount of matches they have with sides around them such as Waverley Falcons, Diamond Valley Eagles and Hobart Huskies, as well as Ringwood Hawks and Knox Raiders in the bottom three. If they can cause an upset to one of those top five teams, then top eight is certainly a chance.

The Tornadoes started the season okay with two wins in the first five games, but have won just one encounter from their past seven – a five-point win over Albury Wodonga Bandits. The other two wins have also been tight with a four-point win over Waverley Falcons and nine-point win over Hobart Huskies. They will be keen to find some form on the run home, but have had to rotate their roster a lot with just two players playing all 12 games. Sarah O’Neill is the only player to have started in every game and has been a shining light with 12.3 points, 8.1 rebounds, 3.2 assists and 2.3 steals, while Brittany Hodges has starred across her nine matches, averaging a double-double with 17.7 points. 12.2 rebounds and 1.2 assists. Stephanie Gardner (18.2 points, 4.1 rebounds and 4.4 assists) and Stella Beck (12.3 points, 8.1 rebounds, 3.2 assists and 2.3 steals) are the other two who have stood out.

The run home has the Tornadoes with teams mostly at either end, facing top three sides Geelong Supercats and Knox raiders in Round 11, but the Tornadoes’ final two games come against bottom five sides, Waverley Falcons and Diamond Valley Eagles. Kilsyth Cobras will be a tough clash, while Melbourne Tigers and Hobart Huskies are both mid-table teams striving to make finals. They need to win every match to make the top eight, which seems a touch out of reach.