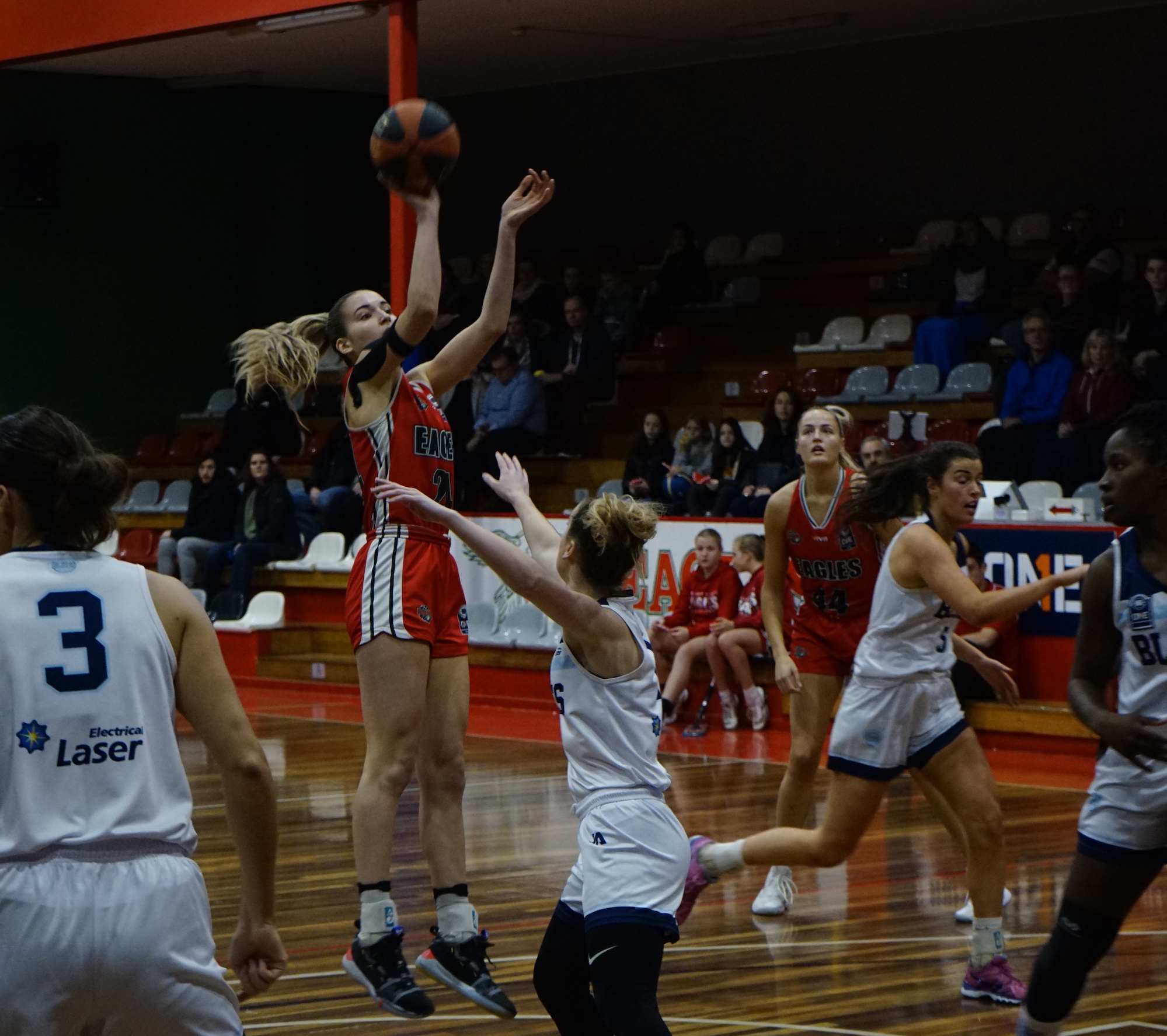 IN light of the COVID-19 global pandemic, the National Basketball League (NBL)1 South Conference has been cancelled this year. As such, while Draft Central intended to do a preview on all teams leading up to the delayed start, it will instead be a team summary from last season and what they might look to improve on for 2021. Today’s edition looks at last year’s wooden spooners in the women’s competition, Diamond Valley Eagles.

There is no sugarcoating the fact that the 2019 NBL1 season did not go to plan for the Eagles. But with the list they assembled, it was always going to be more about the future, with seven of the 10 players listed at the start of the season aged 23-years-old or younger. What did go right was the emergence of Anneli Maley as a genuine WNBL star in the future years, as the 20-year-old put up numbers of 19.7 points, 15.1 rebounds, 3.1 assists and 1.3 steals in a terrific year that saw her win the Youth Player of the Year award. Throw in the fact the likes of teenagers, Mikayla Peterson (16 games), Brianna Gregory (14) and Sophia Locandro (seven) all got great development on court, and the 2021 season could see a rise up the ladder for Diamond Valley. Statistically, Maley was one of three players to record more than seven rebounds per game as every player in the squad bar one had a rebound or more per game to have the Eagles ranked third overall in both offensive, defensive and total rebounds. The highlight of the year was the road win over Eltham Wildcats, where Maley led the way with 27 points, 16 rebounds and six assists, while Shelby Cheslek (14 points, nine assists and four steals) and Hope Terdich (12 points, nine rebounds) were good off the boards, while Alex Wilson (13 points, six rebounds and seven assists) was strong across all areas of the court.

It is easy enough to point to the fact that the Eagles only mustered up three wins in 20 games as to what went wrong. But there are areas of the game that the Eagles could improve in order to see the results ticking over in the future. Their offence was a concern with just 72.7 points per game – ranked 16th overall – and when they did get looks, they were not as effective as they could have been, ranked last in both two-point field goal percentage (40.9 per cent) and free-throw percentage (67.6). More importantly and something that is easier to control was the high number of fouls and turnovers produced each game. The Eagles committed 19.8 personal fouls per match to be the equal top in the competition for it, while turning the ball over 17 times to rank second in the league. By tightening up these areas, it would certainly provide the Eagles with more looks and less chances for the opposition to score. Six of their 17 losses also came by 10 points or less, so Diamond Valley was unlucky on a number of occasions.

Already much has been spoken about her season, but to put numbers in perspective, a remarkable 15.1 rebounds per game is a huge reason why the Eagles went so well in that area. Maley was able to put plenty of points on the board with almost 20 per game, as well as three assists and a steal, doing so all at just 20-years-old. Her accuracy was down on what she would no doubt like, averaging just 38.2 per cent from the field, though she held the team together with her reliability game-in, game-out, and once she starts nailing more opportunities, watch out.

Finished the season with an impressive 16.3 points and 7.4 rebounds, and was a consistent shooter of the starting five along with Cheslek. Terdich averaged 44.6 per cent efficiency from two-point range, and 72.6 per cent from the free-throw line, as she also averaged a steal per game along with an assist. The oldest player in the team entering the 2019 season at 28, Terdich was able to guide some of the younger players with her experience and provide a settling presence on court.

The tallest player on the side and starting center, Cheslek averaged 29.8 minutes per game on court, and nearly all of her 13.6 points per game came from the jump shot. She finished with a team-high of the starters, 46 per cent from two-point range, and rarely got to the free-throw line (24 makes of 40 attempts), and never tried a three-point bomb, Instead she was proficient off the boards with 8.6 rebounds per game, almost two assists, and more than a steal and block per game.

The teenager managed to get on court on 14 occasions, averaging 16 minutes per match in what was a wonderful result for her at the level. Gregory averaged 5.4 points and 4.5 rebounds, and almost an assist per game showing she was not overawed by more experienced opponents. Gregory is one who could step up for more minutes in the coming years and could end up a regular starter at some stage, with the Junior Opals talent having plenty of potential for the future.

An extra experienced star or two. The Eagles had such a young list that they could have done with an experienced player of two extra to provide the extra influence on court and share the load considering Maley missed five games during the season. If the Eagles can have a good off-season and add a couple of talents to their list for the 2021 season, then hopefully the young guns can rise up another level again.

Diamond Valley Eagles were a developing team that could not match it with the top teams in the competition’s experience. They had a number of talented youngsters who stepped up and played their role, but just lacked that extra top-end talent that the title contenders have. Through recruitment or even internal development to go to that next level, 2021 is sure to be an improvement for the Eagles.