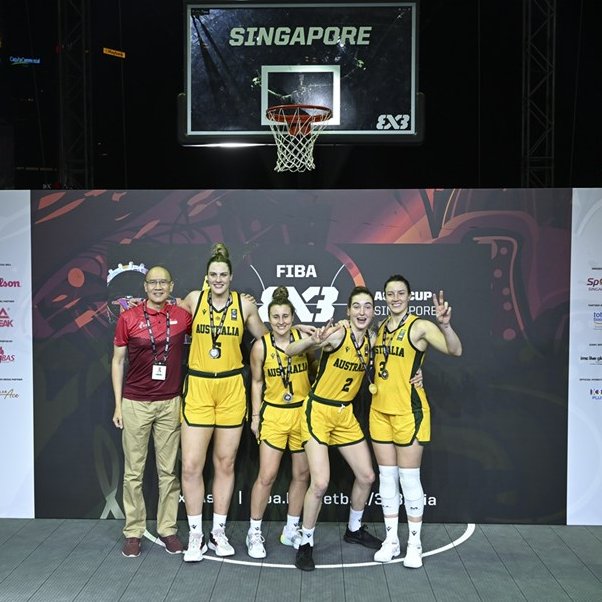 THE 2022 Commonwealth Games 3×3 teams have been announced for the Aussies, with seven National Basketball League (NBL)1 players selected across the men’s and women’s sides.

The Commonwealth Games are set to take place from Friday July 29 to Tuesday August 2, with Australia also hosting a men and women’s wheelchair side.

Australia has found 3×3 success in 2022, with the men’s claiming gold and the women’s claiming silver in recent months, and will be looking to replicate these efforts in the coming weeks.

Men’s MVP Jesse Wagstaff will once again lead the team, having formed a formidable combination in the gold-medal winning run, and will be a threat again with ball in hand. He has the experience to guide the team to a win again, and will prove invaluable in the upcoming fixture.

Speaking about his experience in the 3×3 sport, Hire expressed his excitement for the upcoming chance to represent the green and gold, following his retirement from the Perth Wildcats.

“Representing your country on the world stage is something every child dreams about. I hope I can inspire others to pursue those dreams – be it on or off the court.” Hire said.

Fresh off some ripping form in the NBL1 Central competition, Alex Wilson will suit up for the women’s side, and also spoke of her enthusiasm surrounding representing her country.

“Representing your country is the highest of highs for me – there is nothing better than that,” she said.

“To be in the green and gold, with Australia emblazoned across your chest and your name on your back, is incredible. I cannot wait to play with my teammates and soak up the Commonwealth Games atmosphere.”

With the NBL1 growing in a big way over the last few years, the squad announcement for the international side is a reflection of how genuine the competition has become as a pathway to bigger and better things.

Check out the full squads below: