NBL1 Women’s Round 13 review: Bendigo Braves make it nine in a row 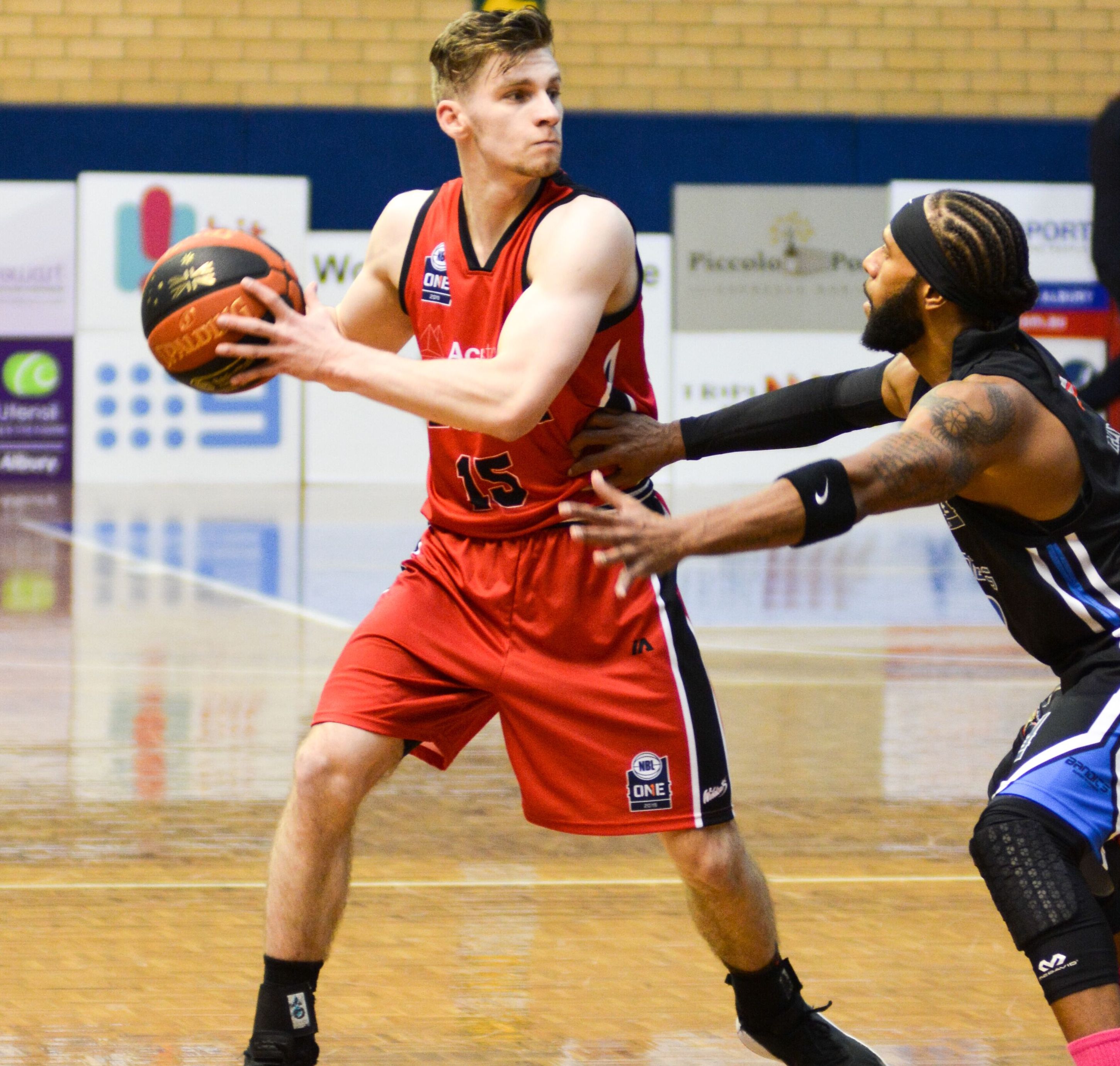 THE Geelong Supercats cleaned up their first game of the NBL (National Basketball League)1 for Round 13, against the Ballarat Rush – defeating the home side 82-70. The game opened very much in Geelong’s favour (19-10) but took a turn in the second and third with Ballarat snaring consecutive 23-point terms, compared to 19 and 17 for Geelong. Though the Supercats struck back in the fourth with a decisive 27 points to 14, defeating the Rush by 12 points on the road. Zitinia Aokuso recorded a double-double for the Supercats with 24 points, 16 rebounds and four assists. She was supported well by teammates, Alex Duck (18 points, two rebounds and three assists), Isabella Brancatisano (16 points and five rebounds) and Sara Blicavs (13 points and 15 rebounds), who all pulled up strong in the paint. For the Rush, Georgia Amoore was a standout – recording 19 points from 25 minutes in the loss. Hsi-Le Bao managed a double-double in the loss with 14 points and 12 rebounds, while Olivia Hackmann (13 points and six rebounds) and Chanise Jenkins (13 points, five rebounds and seven assists) also proved pivotal throughout.

In Ballarat’s second outing, the Rush managed to snare a 72-64 victory against the travelling, Hobart Huskies. The win places Ballarat (thirteenth) one position higher than Hobart (fourteenth) who are nursing consecutive losses in Round 13. Jenkins again proved dominant for the Rush, putting up a double-double with 24 points, four rebounds and 11 assists. Teammate, Lucy Cochrane, also managed a double-double, finishing with 10 points and 15 rebounds alongside Bao who pulled big numbers off the rebound (16). Laura Taylor also impressed from 18 minutes, recording 11 points and five rebounds, with Hackmann (14 points, six rebounds and three assists) also proving impressive. In the loss, Ellie Collins was immense with 24 points, seven rebounds and three assists, as was Nikki Greene (14 points and 12 rebounds) who managed a double-double. Despite the result, this game marked a huge improvement for Hobart when compared with their 52-102 loss against the fifth-placed Kilsyth Cobras at home. The Huskies were blitzed in all terms by the visitors, recording a low of seven points to 24 in the third term, with none of their players cracking double-digits on the scoreboard. Lauren Nicholson dropped 40 points, five rebounds and two assists in the win, with Klara Wischer (15 points, six rebounds and five assists) and Sarah Boothe (11 points, six rebounds and two assists) also proving impressive. For Hobart, Sharna Thompson managed nine points, four rebounds and two assists but only hit two of 11 from the field. Tayla Roberts (eight points and four rebounds) and Collins (nine points, six rebounds and three assists) also proved important.

Kilsyth’s time in Tasmania presented complete success after finishing their second outing in a 85-63 win over the Launceston Tornadoes. The loss marks eight consecutive defeats for the Tornadoes – currently nursing the largest losing streak and the worst home record in the league. Kilsyth continued to build an impressive away record (6-3-0), earning three consecutive wins as we enter Round 14. Guard, Kara Tessari, lifted plenty from her usual 10-point average, snaring 20 points, three rebound and five assists, alongside fellow guard, Nicholson, who recorded 19 points, five rebounds and three assists – slightly under her usual average. For the Tornadoes, Sarah O’Neill was impressive across her 35 minutes, earning 20 points with her teammate, Stephanie Gardner, also impacting with 14 points, four rebounds and three assists.

Following on from their victory over Ballarat which opened the round, the first-placed Geelong Supercats faced the Ringwood Hawks and suffered an uncharacteristic 78-70 loss. The rebounding Hawks proved better at every turn, taking a 41-30 lead into the main break, with Geelong managing a small resurgence in the second half but failed in catching the Hawks by the end of the game. Antonia Farnworth had a huge game with 29 points, six rebounds and five assists in the win. Teammates, Cassidy Mihalko (15 points, four rebounds and four assists) and Megan Mullings (10 points, three rebounds and two assists) also proved pivotal in the win. For the Supercats, Blicavs (20 points, seven rebounds and five assists) had a big performance again, with Aokuso managed a double-double again with 12 points, 10 rebounds and three assists, alongside Ebony Rolph who lifted with 17 points and five rebounds in the loss.

In one of the tightest games of the round, the Eltham Wildcats snared an impressive 84-80 win over the Albury Wodonga Bandits on the road. The game was close from the first whistle, with Albury taking a one-point lead (41-40) lead into the main break before adding just one more point to it by the end of the third term. Eltham kept close throughout – with a 29-23 final term closing them out to snatch a tight win from the Bandits. Alice Kunek was huge in the victory, recording a double-double from 26 points, 12 rebounds and five assists. Chelsea Brook (19 points and 11 rebounds) also managed a double-double, with Chelsie Schweers (17 points) and Margaret Mulligan (13 points and seven rebounds) also standing out for the Wildcats. The Bandits had big performers in Natalie Hurst (26 points, four rebounds and three assists), Cherise Daniel (19 points, 13 rebounds and five assists) and Jessie Edwards (16 points, 12 rebounds and three assists) – the two former both managing double-doubles in the loss.

The Frankston Blues hosted their first game for the round, winning 75-69 over the Melbourne Tigers. The Blues led all terms except the last, where they tied 22-22 to take out a six-point victory. The loss drops the Tigers to 12th and puts them in real danger of slipping further. Shereesha Richards dominated for the Blues, recording a double-double with 29 points and 10 rebounds. JoAnna Smith also impressed, lifting from 11-point average to snag 22 points and five rebounds in the win. For the Tigers, Kasey Burton led scoring with a double-double, recording 16 points, 11 rebounds and three assists. Teammates, Monique Conti (12 points), Louella Tomlinson (12 points, 10 rebounds and four assists) and Brianna Gray (12 points and four rebounds) also proved effective despite the loss.

In a similarly tight affair, the Frankston Blues suffer a loss to cross-town rivals in the Southern Sabres in a 93-98 thriller at Frankston Basketball Stadium. Despite the Blues opened the game with pure dominance, shutting the first term down 32-17 – taking a 51-40 lead into the main break. The Sabres bounced back in the third and fourth terms, outscoring the Blues 57-42 to win the game. Forward, Rachel Jarry, led scoring for the Sabres with 27 points, three rebounds and five assists. Her teammates, Morgan Riley (22 points, six rebounds and three assists) and Ella Batish (11 points, six rebound and six assists) assisting well on both ends in the win. The Blues boasted big performances from Richards (30 points, 12 rebounds and four assists), Smith (25 points, five rebounds and three assists) and Courtney Wilkins (17 points, eight rebounds and four assists).

The Bendigo Braves continued their nine consecutive win streak with a 90-68 victory over the Diamond Valley Eagles. The Braves currently boast the largest streak in the league in second position, and despite being matched well in the first term (24-24), added another victory comfortably with big second (21-10) and third term efforts (25-14). Rebecca Tobin recorded an impressive double-double with 18 points and 14 rebounds from just 24 minutes. Her teammates also held up well in the win, with Bianca Dufelmeier (17 points and four rebounds), Tess Madgen (15 points, four rebounds and six assists) and Gabrielle Richards (12 points and eight rebounds) all combining well on the floor. For the Eagles, Shelby Cheslek dominated under the ring, dropping 19 points with 13 rebounds. Alex Wilson (13 points, three rebounds and seven assists) and Hope Terdich (12 points and five rebounds) also assisted well in offence despite a poor result.

In the final game of the round, the Waverly Falcons best cross-town rivals, Dandenong Rangers, in a 77-66 victory. The Rangers kept close at the main break – trailing 38-34 before losing touch in the final term. In the end, the Rangers were let down by weak defence, allowing 28 points from second chances to 10 in the loss. Tegan Cunningham finished just out of double-double territory in the win with 29 points, nine rebounds and two assists, alongside Carley Ernst who snared 14 points, 14 rebounds and four assists. For the Rangers, Rebecca Cole led with 22 points, five rebounds and three assists, followed close by Aimie Clydesdale who had 19 points and three rebounds in the defeat.