NBL21 – Round 9 preview: Broekhoff enters the fray for Phoenix 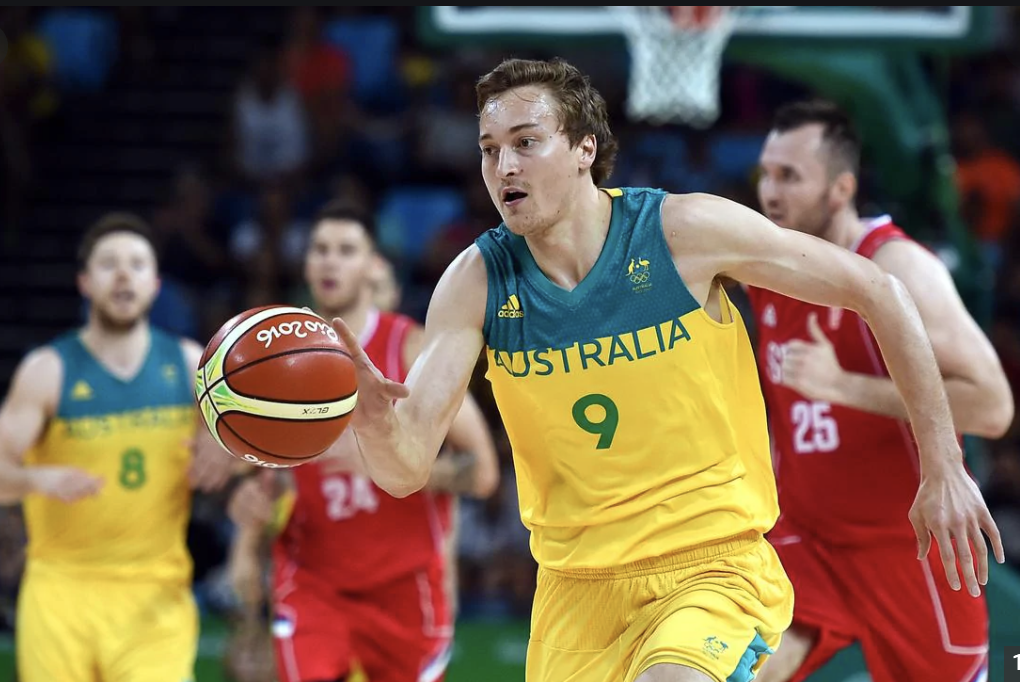 A MID-TABLE logjam is sure to be somewhat broken up after a blockbuster Round 9 of National Basketball League (NBL) action, when the likes of Brisbane Bullets and Adelaide 36ers go head-to-head, whilst all Victorian and New South Wales battles are set to be matches to watch.

The opening game of Round 9 sees a reborn New Zealand Breakers taking on the team they leapfrogged on the table last round in Cairns Taipans. It will be the first of three games in the round for the Breakers who begin to make up for lost games. They will lock horns with Perth Wildcats and South East Melbourne Phoenix with 48-hour turnarounds between games, and will hope to come away with some crucial points. The Breakers lost their last start, but had won their previous two games to be 3-7, four games in hand against a Taipans’ side whose season is slowly slipping away at 4-10.

The Webster brothers have been phenomenal this season from the back court, as Tai Webster is averaging 21.6 points, 6.1 rebounds, 5.5 assists and 1.2 steals, while Corey Webster has managed 18.1 points, 4.1 rebounds, 1.6 assists and 1.2 steals. Finn Delany has stepped up and progressed with a double-digit average of 11.4 points to accompany 6.5 rebounds, while import Colton Iverson has similar point and rebound averages, with 7.6 and 7.1 respectively.

For the Taipans, five players average double-digit points this year, and Scott Machado is now leading the way with 17.7 points, 8.6 assists and 3.6 rebounds, teaming up with partner-in-crime Cameron Oliver, who is near a double-double of 16.4 points, 9.5 rebounds and 1.6 blocks. Kouat Noi, Mirko Djeric and Majok Deng all sit with 10-plus points per game this season and have no issues scoring, but have not been able to get their side over the line often enough.

Top of the table Melbourne United will be aware of a hungry South East Melbourne Phoenix as the two Victorian rivals prepare to go head-to-head again. United dropped their last game to Brisbane Bullets in a shock loss, but still remain well clear of the rest of the competition, with 10 wins from 12 games. The Phoenix have played an extra game, but have not managed to gain consistency, with a 6-7 record and three losses from their past four games. They will finally unleash their not-so-secret weapon in this match though, as NBA talent Ryan Broekhoff is out of quarantine and ready to fire. The long-range shooter is one to watch in this contest as he makes his Phoenix debut.

Outside of Broekhoff, the Phoenix still have Mitch Creek as a danger man, averaging 20.5 points, 7.7 rebounds and 3.7 assists and he will form a formidable duo with Broekhoff. Keifer Sykes has missed the last few games, but prior to his exit he was putting up 16.7 points, 6.7 assists and 4.7 rebounds, while Kyle Adnam has stepped up in the absence of Sykes, knocking down 13.9 points and 3.5 assists for the 2021 season.

Two teams either side of the top four will lock horns on Friday evening when Brisbane Bullets go up against Adelaide 36ers. The Bullets are fresh off a win over Melbourne United, and have suddenly clicked into gear with four wins from five games and in red-hot form. The 36ers snapped a three-game losing streak last game, but sit in fifth with a 7-8 record, desperately needing a win her to keep in touch with the top four considering their extra two games played.

The Bullets monster scoring duo of Nathan Sobey and Victor Law have ensured Brisbane remains a contender, with both players averaging more than 19 points per game. Sobey has put up 23.1 points. 4.2 assists and 3.4 rebounds, while Law is averaging 19.2 points. 8.7 rebounds, 2.5 assists and 1.6 blocks for the 2021 season. Matt Hodgson has stepped up into the center position coming off the bench with 10.5 points and 5.3 rebounds, teaming up well with Harry Froling (6.0 points, 5.8 rebounds).

Adelaide have struggled since Isaac Humphries went down, and it has seen Daniel Johnson remain as the main man on the scoring front. He has averaged 20.1 points, 6.8 rebounds and 3.1 assists this season, while Tony Crocker (11.2 points, 2.7 rebounds and 1.0 steals) is the other double-figure scorers. In the back court, Josh Giddey (9.9 points, 6.3 rebounds, 5.7 assists and 1.4 steals) and Sunday Dech (9.1 points, 4.6 rebounds and 1.3 steals) have both held up their own in the contest.

In the later Thursday night match, third placed Illawarra Hawks will lock horns with sixth placed Sydney Kings in another all-New South Wales state battle. The Hawks are three places higher than the Kings, but the Kings are only a win behind with a 6-7 record. If Sydney get up in this match, both sides will sit 7-7 from 14 games in what shapes up as an evenly matched contest.

Casper Ware is the only Kings player to start in every match, putting up 21.2 points, 3.9 assists and 3.5 rebounds, sharing a similar scoring combination to the Bullets with fellow guard, Dejan Vasiljevic. The Victorian back court player is averaging 19.0 points and 3.6 rebounds this season, while Jarrell Martin has put up 18.6 points and 7.1 rebounds at the other end in his limited matches. Brad Newley is one player that has impacted coming off the pine, putting up nine points and five rebounds per game this season.

Illawarra has been fortune with a consistent line-up throughout the year, as three players have started every game, and eight players have taken the court in every match as well. Tyler Harvey (20.7 points, 3.1 rebounds and 2.8 assists) and Justinian Jessup (14.6 points, 4.0 rebounds and 2.1 assists) have been a dominant duo in the back court, while big men, Sam Froling (10.0 points, 6.9 rebounds) and Cameron Bairstow (11.2 points, 6.8 rebounds) have been difficult to stop up front.

While the Breakers will be coming in for their second of three games for the round, Perth Wildcats will enter Round 9 for the first time on Friday evening. The Wildcats will only play the two games in the week, coming up against Adelaide 36ers on Sunday in the other match. They sit 7-4 from 11 games and need to capitalise on these games if they are to catch United at the top of the NBL ladder, but are sitting pretty in the NBL Cup having won five of their past six games and well on top in that regard.