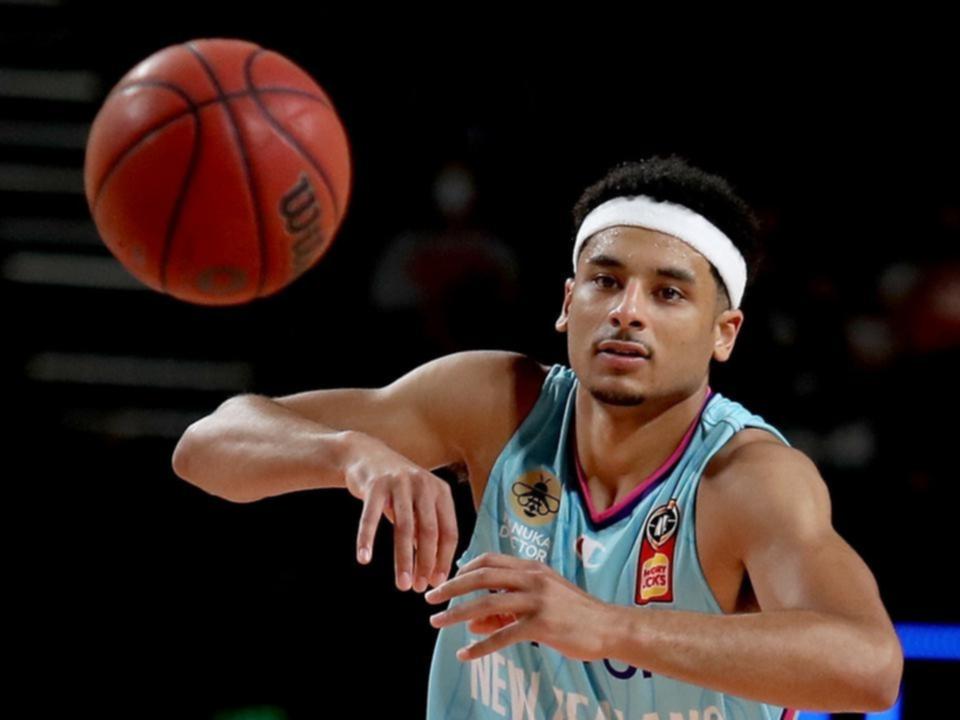 WITH the National Basketball League (NBL) season done and dusted we take a look at the performance of each team and how they fared in season 2021. The next team under the microscope is New Zealand Breakers.

Season 2020/21 was probably the toughest on the New Zealand Breakers more than anyone else, as border closures and lockdowns resulting from COVID-19 clusters across Australia meant the lone Kiwi team had to spend five months living out of hotels and away from family and friends, only returning to Aotearoa to play the last seven games at home.

Unfortunately for the Breakers, their off-field troubles were much the same on the court as they finished in eighth place, making it their third consecutive season without featuring in the finals series. The Breakers’ long stint away from home was compounded by key players Rob Loe, Tom Abercrombie, Corey Webster, and Tai Webster missing games during the season due to injury and family reasons. This did coach Dan Shamir no favours as his side fell to a 12-24 season record.

It was a season that never really got going for the Breakers after they managed just one win from their first seven games. Big man Loe elected to leave the team after their Round 5 match against the Sydney Kings due to family reasons.

A massive 44-point win against the Adelaide 36ers in their second game of Round 7 sparked a little run, where they managed another couple victories and a narrow loss to Melbourne United, but ultimately, they could not sustain their form as the Webster brothers and Abercrombie all missed games through injury. Despite managing two wins against eventual grand finalists Perth Wildcats, the Breakers did not register one win against the remaining three semi-finalists in Illawarra Hawks, South-East Melbourne Phoenix, and Melbourne United, culminating in a 0-12 record against those sides.

In what was a troublesome season for the Breakers, there was not a heap that went to plan. On an individual level Finn Delany had a good season averaging 16.2 points per game and making the All NBL Second Team. Abercrombie was a finalist for the Defensive Player of the Year award, and Levi Randolph was impressive averaging 14.8 points per game after arriving mid-season to replace Lamar Patterson.

The team defence was one of the more impressive aspects of this season for the Breakers, conceding on average 83.9 points which was the fourth best in the league. Offensively, the team went reasonably well in terms of their three-point shooting. The Breakers shot on average 9.4 threes per game (ranked fourth in the league) and had a three-point shooting percentage of 33.9 per cent (ranked fifth in the league). Having shot the least field goals on average, the Breakers had a decent field goal percentage of 44.3 per cent which had them ranked fifth overall.

Unfortunately for Shamir and the Breaker, there were quite a few issues both offensively and defensively this season, and things were not helped by the fact that the team was shipped around constantly.

The recruitment of Patterson was a failure. The forward arrived at the club unfit and out of shape, and it showed on the court as he only played six games with below par averages by his standards (10.8 points, 37 per cent field goals, 22 per cent three pointers). Patterson and the club elected to part ways mid-way through the season.

The club came in third for turnovers (12.3 per game), and defensively it was no kinder; for rebounds they were seventh (34.4 per game), steals eighth (5.2 per game), and blocks seventh (2.7 per game) – some damning stats that no Breakers fan would be pleased with. The team has plenty of work to do if they want to rise back up the ladder next season.

The Breakers have already announced Delany as their season 2020/21 Most Valuable Player. The forward had a great individual season having played all 36 games and carrying a heavy workload with key players going down around him. Delany played an average of 33.49 minutes per game across the season, scoring 16.2 points per game (46 per cent field goals), and averaging 6.7 rebounds. Not only was Delany included in the All NBL Second Team, he also received votes for the league’s Most Improved Player award.

Aside from Delaney, Tai Webster had a good season averaging 17.2 points per game (41 per cent field goals), 4.8 rebounds per game, 4.9 assists per game, and leading the team with 1.2 steals per game. After missing seven season games it was ultimately decided that Delany would be crowned the MVP, performing well and carrying a bigger load having not missed a game.

The Breakers currently have Corey Webster, Delany, Loe, Abercrombie and Kyrin Galloway under contract for next season.

Good news has already come with Rasmus Bach agreeing to stay on with the club after Shamir plucked the 25-year-old out of the Danish league earlier in the year to fill the final spot in his 10-man roster. 18-year-old Ousmane Dieng, a promising young French player, has committed to the club in what is exciting news for Breakers fans. The young star is already seen as a likely first round pick in the 2022 NBA draft.

In more good news, Otago Nuggets star Sam Timmins has signed a one-year development contract, with a club option for a second year. Timmins is currently leading the New Zealand NBL MVP averaging 20.6 points per game and 14.2 rebounds per game. The 6’11 centre has been attracting a lot of attention from rival clubs, so is a great inclusion for the Breakers.

Their main priority will be trying to secure Tai Webster again as he may look to return to Europe where he can make more money. 23-year-old Aussie guard William McDowell-White is another one they will entertain holding, especially if Webster is to depart. Randolph will likely also be retained, after impressing since his arrival mid-season. Another one they have got to think about is Colton Iverson.

Looking towards next season:

Shamir and his team have been busy since the Breakers’ campaign ended, having already made some good moves. As mentioned, Dieng looks like a promising asset for the club next season, and fans will be excited about the big man Timmins too.

If they can manage to secure Tai Webster again, get a full season into Randolph, and most importantly keep their key players fit, then you never know what might happen next season for the Breakers. Let’s hope they can finally put relocating every few weeks behind them and enjoy the comfort of their own homes, and country – fingers crossed.