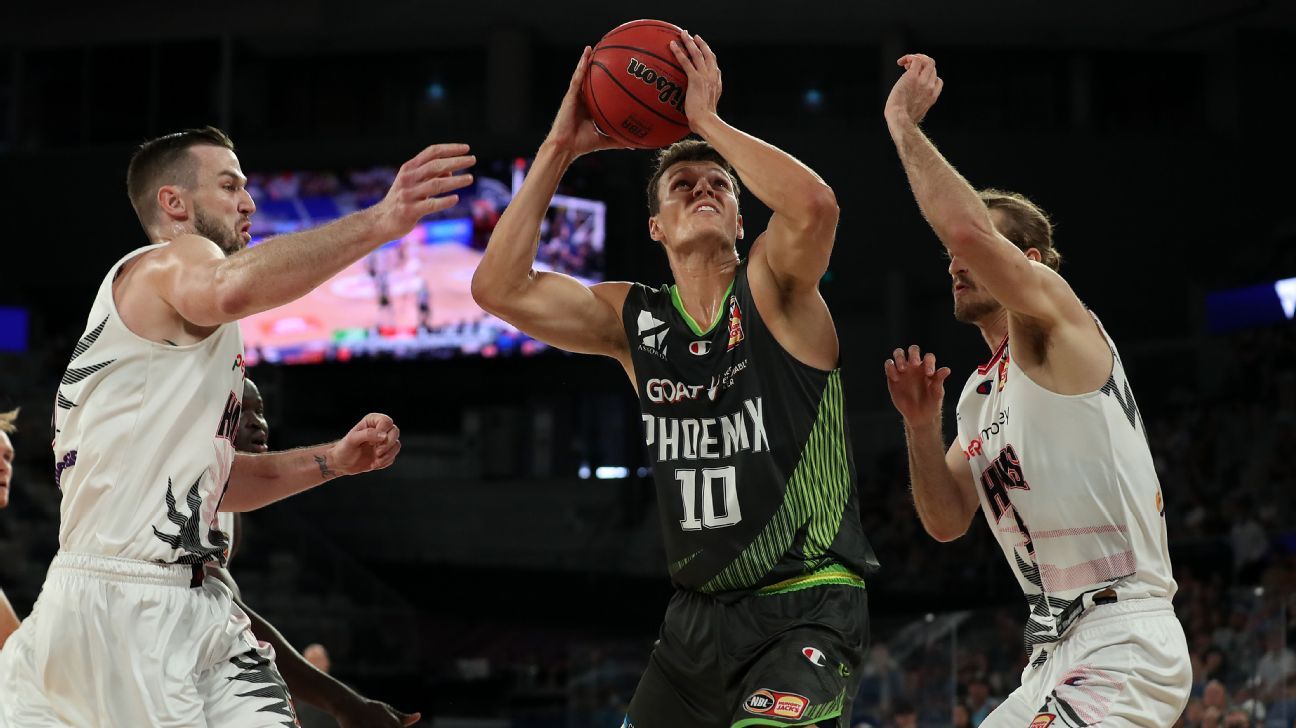 A SUNDAY double-header to end round seven action kicked off with the South East Melbourne Phoenix meeting and beating the Illawarra Hawks for the second time this season, 93-76. Two of the three teams in the league that average more than 90 points per game were both coming off tough losses and were looking to bounce back to solidify their place around the top of the table.

With stringent and physical defence from the Phoenix handing the Hawks their first season loss in their first matchup, the key difference this time was the absence of star import Keifer Sykes who is carrying an ankle injury. He joined the already sidelined Adam Gibson and Dane Pineau, as well as the recently signed Ryan Broekhoff who is still in quarantine. Kyle Adnam stepped up in his absence as the Phoenix again restricted the Hawks to their lowest score the season and served them their biggest loss.

The Phoenix picked up where they left off from their last matchup and were intense on both ends of the floor from the outset. Adnam and Cam Gliddon led the charge early with tidy distribution and shot making being key areas that gave the Phoenix an early lead which they did not squander.

While their intensity was clearly superior early, South East Melbourne was also able to take the Hawks off the dribble and either straight to the rim to score or find passes inside to big men like Yannick Wetzell and Ben Moore.

With Sykes’ injury forcing the Phoenix to make rotation changes, star of the New Zealand National Basketball League Izayah Mauriohooho-Le’afa was given extra minutes having played just four minutes this season. He made an immediate impact with his known defensive abilities, forcing an eight-second backcourt violation in his first possession on the court.

The offensive stalwarts for the Hawks in Justinian Jessup and Tyler Harvey struggled for much of the game, with air balls for each of them highlighting their struggles. The pair also struggled in their last matchup, as coach Simon Mitchell made a point of reminding his players to always know where they are and force them right.

The quarter-time score read 25-13 for the Phoenix as they shot the ball 19 per cent better and had six more assists, areas they would continue to dominate for the rest of the game.

Brian Goorjian pleaded for more physicality from his outfit, and despite a couple of easy baskets and poorly missed shots, an and-one from Andrew Ogilvy, and triples from Deng Deng, Deng Adel, and Harvey combined with some intensity on the defensive end saw them back within six points.

Losing the offensive fluidity they enjoyed to this point, the Phoenix sought to get to the free throw line to halt the Hawks’ momentum and did so to great effect. They had 17 attempts to Illawarra’s five.

The Hawks, however, continued to shoot well from deep and if it were not for some Mitch Creek magic down the stretch, the Hawks would not have been trailing 45-37 at the main break.

Although the margin was only eight points, South East Melbourne still felt in control and they proved it with a big 28-18 third quarter to give them an 18-point lead heading into the final quarter. An up and down start to the term would eventually be dominated through the Phoenix’s sharp ball movement, and offensive glass prowess headed by Moore.

The margin was extended to 20 points after an Adnam floater was followed by his tenth assist on the night.

The final quarter comeback would have needed to have been the biggest of the season, but it was not to be as the rest of the game ebbed and flowed. Two Cameron Bairstow triples gave the Hawks life, but the Phoenix pushed through and kept the Hawks to their lowest score of the season again winning 93-76.

The Phoenix enjoyed another huge NBL Cup outing from Creek who had 25 points, six rebounds, and four assists on 58 per cent shooting. Gliddon put up 19 points, to go with five rebounds and three assists, while Adnam fell just short of a double-double with nine points, 11 assists, and four steals. Moore also enjoyed one of his best games this season with 22 points and five rebounds off the bench, which included 12 of 12 from the free throw line.

South East Melbourne has 23 more free throw attempts in the game and managed to force Illawarra into 16 turnovers. This disciplined defenced managed to hold the Hawks’ key players in Jessup (seven points) and Harvey (14 points) quieter than usual. Justin Simon (13 points, six rebounds) was the only other Illawarra player to score more than 10 points.

The Phoenix will look to carry this momentum into their Wednesday matchup with Perth, while the Hawks will look to bounce back on Thursday against the 36ers.