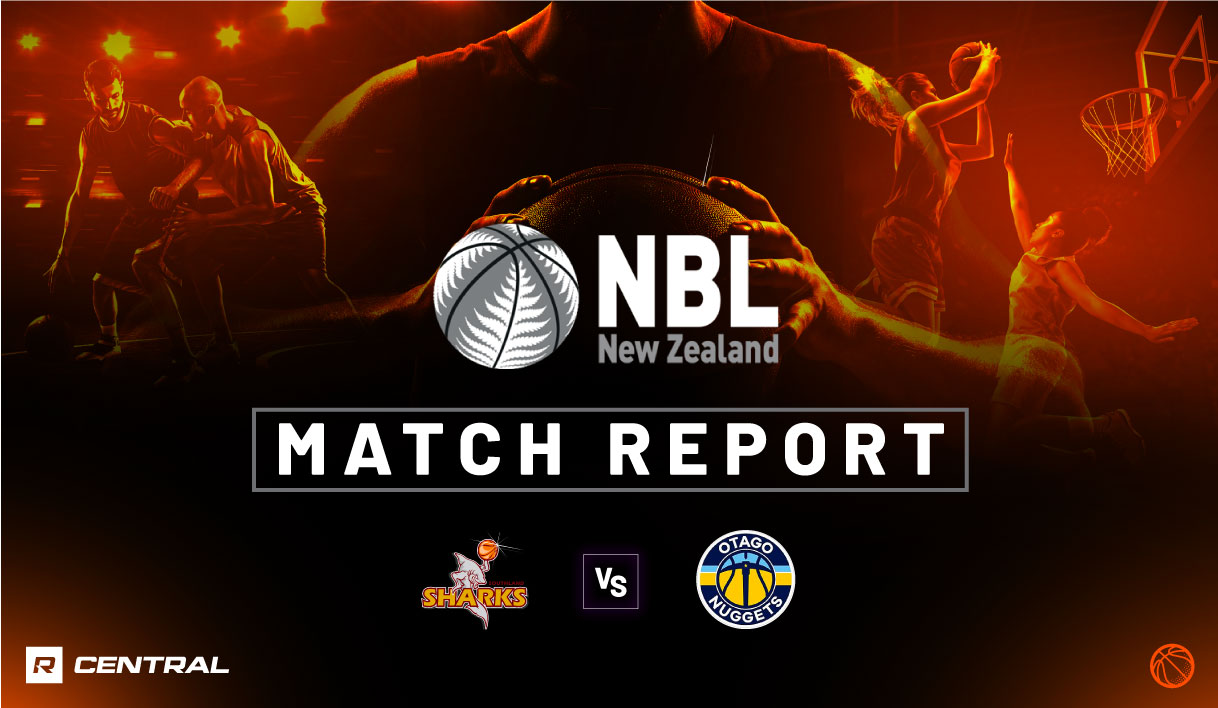 AFTER starting the season 0-2, the Otago Nuggets have settled into a rhythm the last five matches, going unbeaten to rise to the top of the New Zealand National Basketball League (NZNBL) ladder. The Nuggets latest victim was the Southland Sharks who slumped to a 2-4 record this season and sit mid-table.The victory was largely thanks to double-double efforts from Todd Withers and Sam Timmins who combined for 37 points and 29 rebounds in the 89-72 victory in Invercargill.

Otago Nuggets were able to solidify their place as one of the teams to beat this season, storming away from Southland Sharks in the final term after the home side pushed hard in the middle two quarters. The game started off strongly with the visiting team slamming home 22 points to 15 in the opening quarter to race out to a seven-point lead. It was never going to be that simple with the home crowd behind the struggling Sharks, as Southland hit back to score 23 points in the second term, and cut the deficit back to five by half-time, 38-43.

The momentum the Sharks built carried into the third term as they scored 23-20 and reduced the deficit right back to just two points, which was as close as they got all game. After being 64-66 with seven minutes remaining in the match, the Sharks were right in the contest, only for the Nuggets to pile on 23 points to eight over the next seven minutes and run away with the contest. It was clear the Sharks missed the output of talented shooter Mojave King who was ruled out on gameday due to illness.

Otago Nuggets had four less field goal opportunities (80-84) but nailed a higher percentage (42 to 34 per cent), as they drained 10 triples to the Sharks’ eight, and went to the line 19 times for 11 successful free throws. Despite the board dominance of Withers and Timmins, the Sharks will won the rebound count (56-53) as well as the assists (22-20). The Nuggets were on top in the steals (10-7) and had less turnovers (9-13), leading to a larger points from turnovers differential (23-13).

Withers produced a mammoth 23 points – albeit four of 16 from long-range – as well as 15 rebounds, four assists and two steals to be best on court in the Nuggets’ win. Timmins managed the 18 points at a more accurate seven of 12 from the field, whilst collecting 15 defensive boards and two assists. Keith Williams (19 points, seven rebounds, two assists, two steals and two blocks) did not produce a turnover in the match, while Nikau McCullough (19 points, three assists, three steals, two rebounds and two blocks did a bit of everything.

Otago Nuggets will aim for win number six tomorrow when they take on Taranaki Airs, while Southland Sharks lock horns with Nelson Giants on June 2.