Nuggets step up in vital win over Sharks 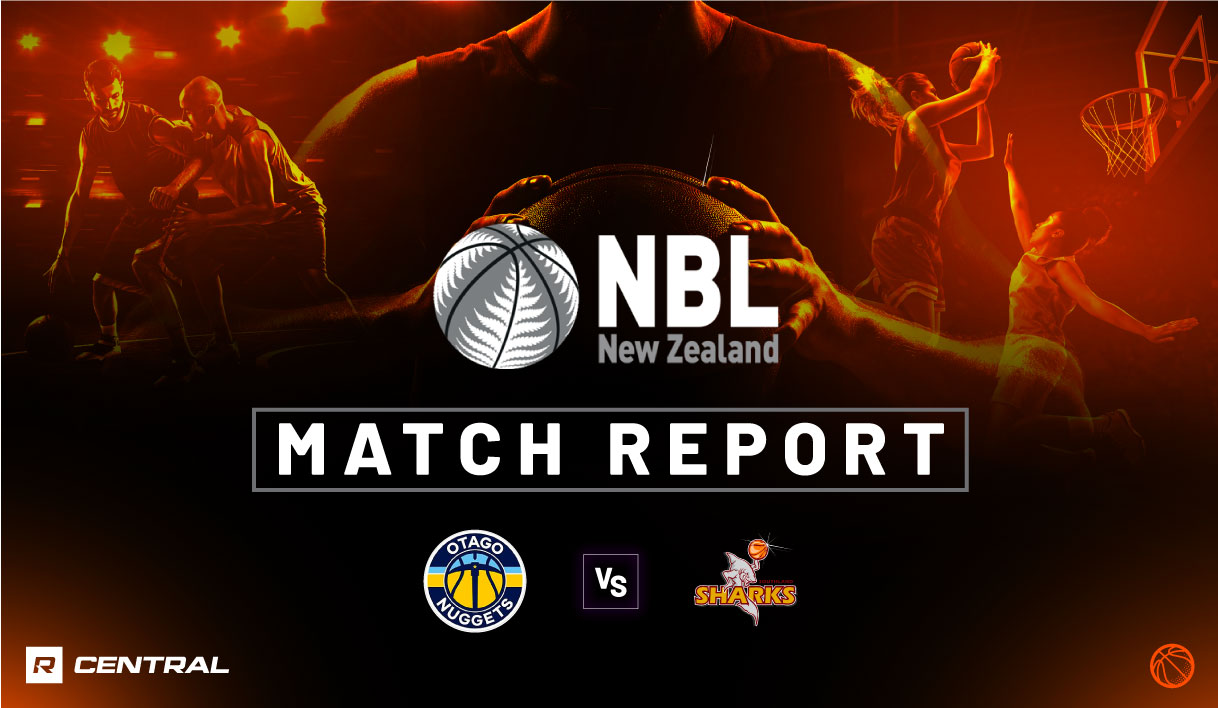 REGAINING some star firepower, Otago Nuggets won the match they simply had to win to ensure they are in the box seat for a Final 6 finish in the New Zealand National Basketball League (NZNBL). The Nuggets knocked off Southland Sharks by 15 points last night to tip-off Round 14 of the competition and bounce back from a disappointing 25-point defeat to Taranaki Airs on Sunday. A 55-37 blast through the middle two terms proved the difference at the Edgar Centre as the Nuggets got up, 102-87.

After a loss to the Airs three days earlier, Otago Nuggets were relieved to receive back long-range shooter Nikau McCullough and dominant Tall Blacks bigman Sam Timmins for the clash against Southland Sharks. Though the Sharks had nothing but pride on the line, a Final 6 spot was the carrot for the Nuggets, with the home side needing to secure that ninth win to give them some security given the amount of fast-approaching mid-table sides. At the Edgar Centre in front of more than 1000 fans, the Nuggets got back to business, even if it was not for a shaky start.

Producing a number of turnovers in the opening quarter, the Nuggets were handing the ball bback to the Sharks far too often and the likes of Brayden Inger and Daishon Knight were making it count. Luckily for the home side, the inclusions were having an impact with Timmins grabbing six first quarter rebounds – on his way to 12 for the game – while McCullough was starting to run hot at the start of the second, with five of his side’s first eight points to build a lead of that margin. Mojave King was trying hard for the Sharks, but McCullough and Billy Boyd III helped stretch the lead out to nine points at half-time.

The Nuggets momentum continued into the second half, with Timmins and Keith Williams getting on the board early, and aside from some moments of class from Inger and Jaylen Gerrand with their long-range bombs, the weight of numbers was winning out for Otago, and then had another seven-point run midway through the term to go out to a 71-52 lead with 3:40 on the clock in the third term. Liam McRae was having a promising game for the Sharks, but his side still headed into the final break with an 18-point deficit. Try as hard as they might, the Sharks could not get closer than 12 points, and though they did win the final term 28-25, would ultimately lose 102-87.

Southland Sharks have another Round 14 match, taking on Canterbury Rams on Saturday, while Otago Nuggets will have to wait until Round 15 to take on Franklin Bulls in their next encounter.