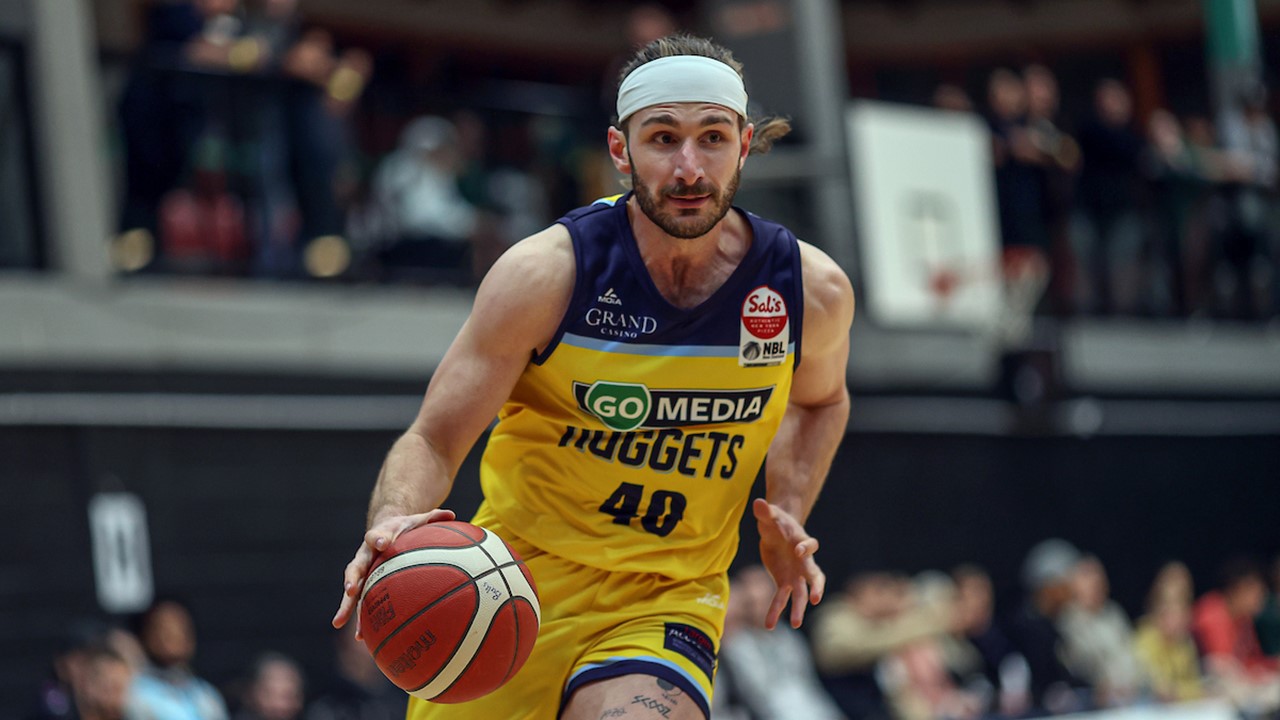 OTAGO Nuggets have recorded a strong 21-point win over Franklin Bulls to record their fourth win of the New Zealand National Basketball League (NZNBL) season and record a positive percentage base. The Nuggets won all four quarters against the Bulls in the Round 5 clash, getting up 103-82, with the first half doing the bulk of the damage. Sam Timmins was the monster off the boards, racking up 16 rebounds – 13 defensive – to go with his 31 points in 37 minutes to destroy the Bulls in an eye-catching performance.

From the tip-off the Nuggets were looking good in Franklin, scoring 28-20 in the opening term to skip away to an eight-point quarter time lead. They marginally increased that in the second term to double-digits as the Nuggets took a 54-44 lead into half-time. The third term opened up that margin into an unassailable lead. Doubling their advantage, Otago poured on 24 points to the Bulls’ 14 to suddenly sit 20 points clear of their opponents. The final term was a lot closer with the game wrapped up, though the Nuggets completed the match with a one-point advantage to win by 21, 103-82.

Otago generally dominated the starts with a higher shooting efficiency from the field (45 to 40 per cent) and had 13 more two-pointers than the Bulls, and made the most of their three-point opportunities with 13 of 33 compared to Franklin’s 16 of 42. Otago’s rebounding (59-33) was complete one-way dominance, as they doubled the steals count (10-5), and controlled not only the points in the paint (52-22), but the second chance points (24-4) and points from turnovers (23-9). Franklin’s rotations allowed the Bulls to have more points off the bench (20-11), but the only other positives were less personal fouls (9-10) and more blocks (8-2).

For the Bulls, Zane Waterman had 21 points, six rebounds, three assists and three blocks, leading the way in the loss. Denhym Brooks was efficient as that deadly three-point shooter, knocking down five of six from long-range to finish with 17 points, five rebounds, four blocks and three steals in an all-round effort. Isaac Davidson returned to the NZNBL with 10 points and two rebounds in 24 minutes of play, hitting two of four from beyond the arc. Josh Selby (seven points, four rebounds) injured his hamstring and played just one half, and Joseph Nunag (four points, two rebounds) had a lower output than usual, in a disappointing night for the Bulls.

The Nuggets will take on an Auckland Huskies side on Saturday which will be coming off a match the night before whilst the Bulls will have an eight-day break until taking on the Hawke’s Bay Hawks next Friday night.