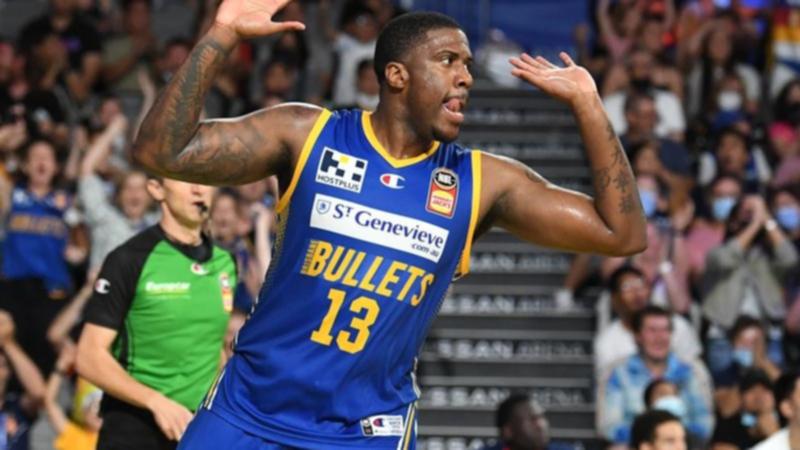 THE National Basketball League (NBL) resumed its 11th round of action on Friday night, with the Brisbane Bullets hosting the Adelaide 36ers at Nissan Arena, in what was a big clash for both sides. Each of the teams was looking for the desired result to get themselves moving up the ladder, with both enjoying a less-than-ideal start to the season. Given their recent form, it was the 36ers who entered this clash as favourites given their big win over the reigning champions a couple of weeks ago. However, it was the Bullets who were able to claim the chocolates in a cracking contest, producing a big final term to steal the lead late in the contest and deliver a big triumph in front of an electric home crowd. Although there were many contributors, there were none that shined more than Lamar Patterson, who produced what may have been his best NBL performance to date.

Things could not have got off to a better start for Patterson, as he knocked down a three-pointer to start the scoring for the match. The intent to get him involved early was evident, with all of the offensive possessions going through his hands, and after some close misses from behind the arc, he was subbed out as the side looked to inject a different look into their game. He returned a few minutes later and came back a man possessed, scoring seven points in the space of a minute as he showed his ability to score in a number of methods. Yet another three-point bomb off a Jason Cadee assist saw his tally reach 13 for the term as he looked set for the game of his life by the time the first break rolled around.

Patterson started the second term with some wayward shooting, but he was still able to impact the contest in other ways. From pulling down boards to getting to the free throw line, his fingerprints were still all over this match despite the missed field goal attempts. He headed to the bench for a well-deserved rest midway through the term, before coming back in and adding another two points to his tally to close out a dominant first half from the import forward.

His second half started in similar fashion to his first, as he intercepted the pass from Adelaide’s Todd Withers and cruised down the other end of the court to drain the lay-up and tie up proceedings. With his fourth three of the match finding the bottom of the net, he gave the Bullets the lead as they looked to make a game-breaking run. After this, the defence began to pay a little bit more attention to Patterson, so he played a much more selfless role for the remainder of the term. He began to dish out some brilliant passes to set up teammates such as Anthony Drmic and Deng Deng. With his side trailing by four at the final break, Patterson was set up for a big final term.

Patterson’s pass-first mentality continued into the final term, with his shot still unable to fall as easily as it did earlier in the match. His active hands once again proved to be a threat on the defensive end as he tormented the passers and ball-handlers before dishing off to wide open teammates. With three minutes remaining, the Bullets trailed by five points as things began to look dire for the home side. Enter Patterson. In the final three minutes of the match, Patterson poured in eight points, with his inside game beginning to find the bottom of the net again. He sealed the match by cutting off an errant pass from league veteran Mitch McCarron and throwing down the thunderous slam to get Nissan Arena on its feet. In the end, he finished with 32 points, four rebounds, six assists and five steals in what was a truly memorable performance.