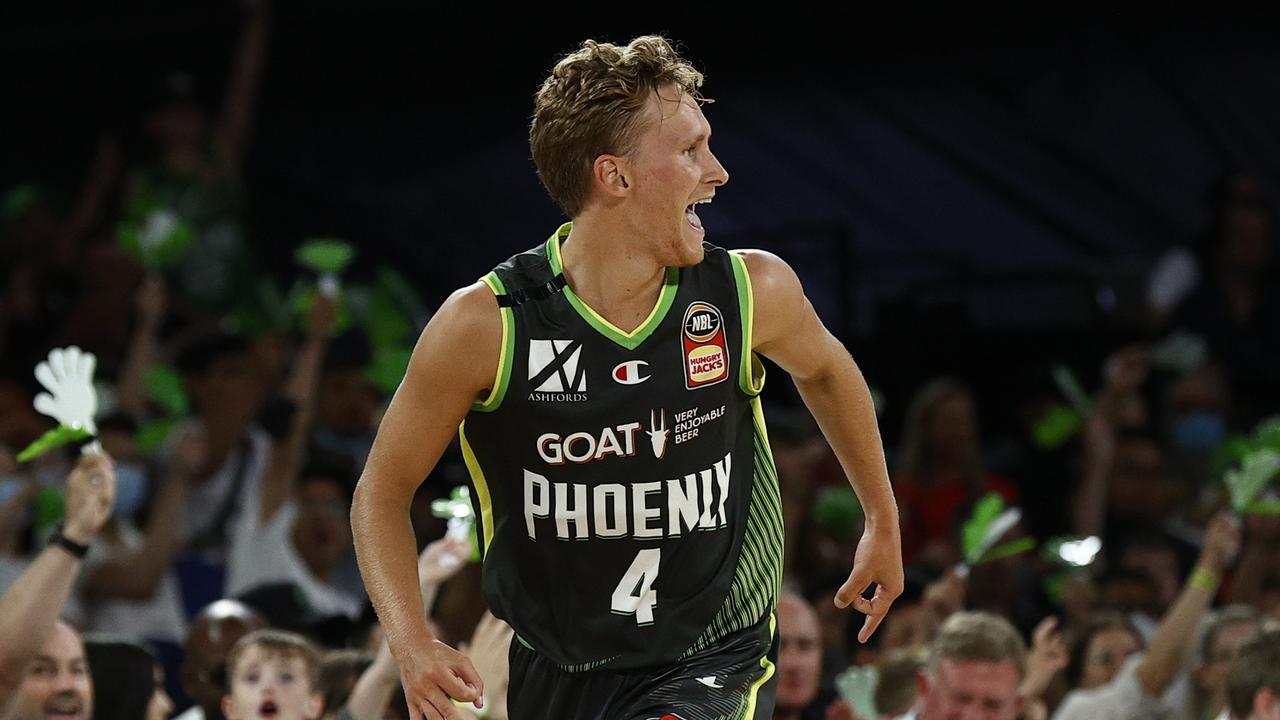 IN one of the most anticipated matchups of the round for the National Basketball League (NBL), two championship hopefuls went head-to-head in a blockbuster time slot. Fans were treated to a cracking clash when the SEM Phoenix played host to the Perth Wildcats at John Cain Arena on Saturday night, in one of the most hyped clashes of the 2021/22 season. It was a hard one to predict, given both sides have performed exceptionally well throughout the season, with the two teams vying for top spot on the ladder. It lived up to the hype, with the Wildcats making things interesting in the second half after an impressive first two quarters from the home side. In the end, the Phoenix were able to get the job done by just six points in a tense affair.

The match opened with the stars of the contest getting involved early. Zhou Qi, Mitch Creek and Victor Law all recorded a bucket in the opening minutes of the game, as viewers were treated to some of the best basketball Australia has to offer. The first half of the term was extremely close, with neither side able to break away, thanks to some strong defence. In the final minutes of the period, the Phoenix sank three shots from behind the arc and gave themselves a seven-point lead at the first break.

The sharpshooting success of the Phoenix continued in the second term, as the side knocked down even more shots from behind the arc to extend their lead in the opening minutes. The Wildcats could not get their offence rolling, and a large factor in this is the fact that superstar and reigning MVP Bryce Cotton was held scoreless in the first half, which is remarkable given this man’s reputation and resume. As a result of their stagnant offence, the Wildcats found themselves trailing by 14 points at the main break, with plenty to do in the second half.

It must have been one heck of a halftime speech for Perth, because the Wildcats came out in the third term absolutely firing. They were finally able to get their offensive game going as Cotton finally got involved and combined well with fellow import Michael Frazier to get Perth some much needed scoring power. The Phoenix were still able to get the occasional bucket here and there, but the Wildcats managed to trim the margin back to just six points at the final break, setting up an exciting final term.

It took just two minutes for the Wildcats to reduce the margin to just two points, as they kicked off the term in style. After this, the two sides just traded buckets for a while, with neither team able to make a match-winning run in what was some seriously entertaining action for fans. Kyle Adnam hit some big shots to potentially put the match away, but Perth continued to rally, and when Todd Blanchfield tied the game up with 90 seconds to play, it looked to be the home team’s match to lose. However, the Phoenix were able to get to the free throw line in crucial fashion, and sink the required free throws to claim the lead and seal the game.

For the victors, Adnam was simply terrific at providing a scoring boost off the bench and ended up leading all-comers for the match in this category. He had a game-high 24 points (scoring from essentially all over the court), while also dishing out six quality assists too. He had some strong help from the ever-reliable Creek, who was his usual damaging self with 22 crucial points. For the Wildcats, Law was by far the standout with 22 points and nine boards next to his name in another eye-catching outing.