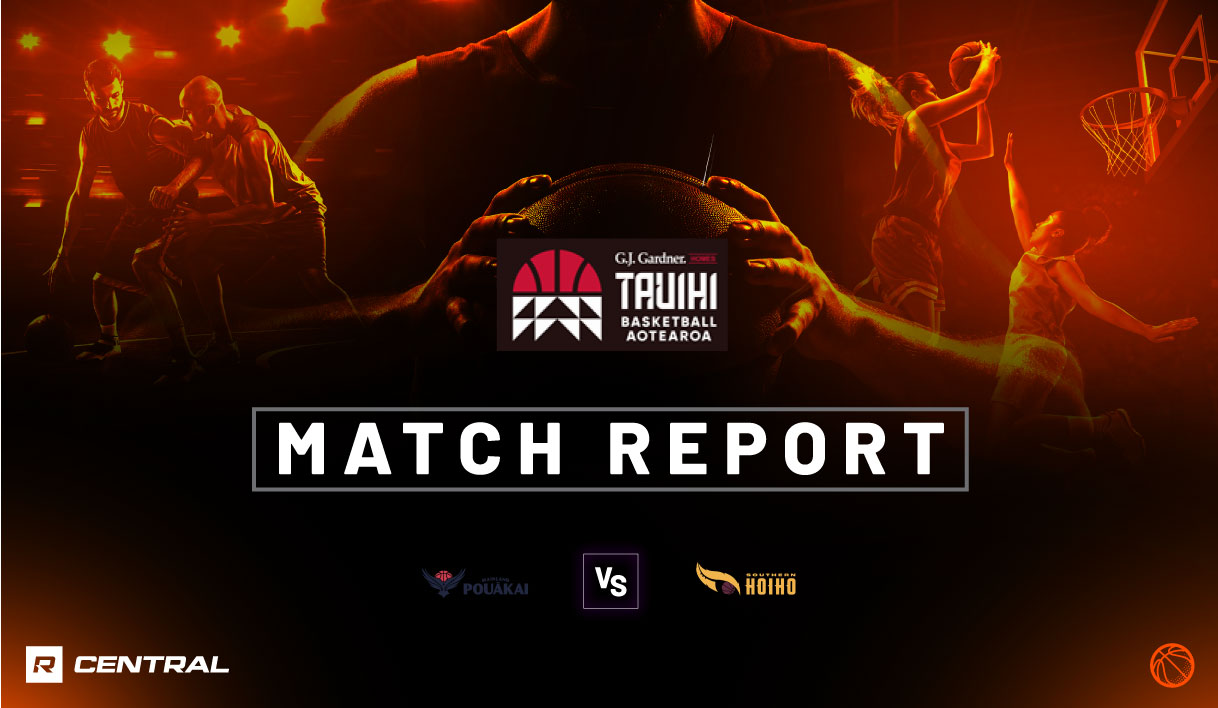 A DOMINANT first half from Mainland Pouakai has set up the title contender with a 10-point victory over Southern Hoiho in the inaugural match of the new Tauihi Basketball Aotearoa. Tipping off in a special standalone Wednesday night fixture, the Pouakai piled on 39 points to 26 in the opening half, and then survived a third quarter comeback to hold on and run out 73-63 victory at Cowles Stadium last night.

Mainland Pouakai started off in terrific fashion, piling on 21 points to 15 at quarter time after actually trailing for most of the first term. Luckily the home team did not let the Hoiho get away too much, and scored 10 of the last 11 points in the term. After the Hoiho cut the deficit to two points in the second term, the Pouakai again burst away, scoring 15 of the next 17 points to lead by 15 points with two minutes left in the half, before a late basket to the Hoiho made it 13 points at half-time.

The 15-point deficit ended up being the largest of the game, as the Hoiho chewed into that deficit during the third term, scoring 23-17 and getting to within seven at the final break. In the first three minutes of the last quarter, the Hoiho trimmed the deficit even further to just four points. From that point though, Pouakai managed to steady, scoring 15-9 in those last seven minutes to secure the 10-point win, 73-63.

Pouakai was the more accurate of the sides, scoring off a 47 per cent field goal efficiency, and in particular, a 63 per cent clip from two-point range. They had 16 less shots than their opponents from inside the arc, but only made one less attempt. They also won the rebound count 44-32, as ell as the second chance points, 15-4. The assists were even at 17 apiece, while Hoiho lead the steals (9-6), had less turnovers (14-17) and therefore more points from turnovers (19-16).

The star of the night was actually on the Southern Hoiho’s side, with Laina Snyder putting up a massive double-double of 32 points, 10 rebounds, four assists and two steals, shooting at 46 per cent, and also nailing three of seven from long-range. Unfortunately she was a lone-hand on the scoring end, with Zoe Richards (eight points, three rebounds) the next highest scorer, and no other player above five points.

Southern Hoiho have their next game on Sunday, July 3 taking on Northern Kahu in a bid to bounce back, while Mainland Pouakai will have an extended rest until Tuesday night, when they travel to take on Mid-North Whai.