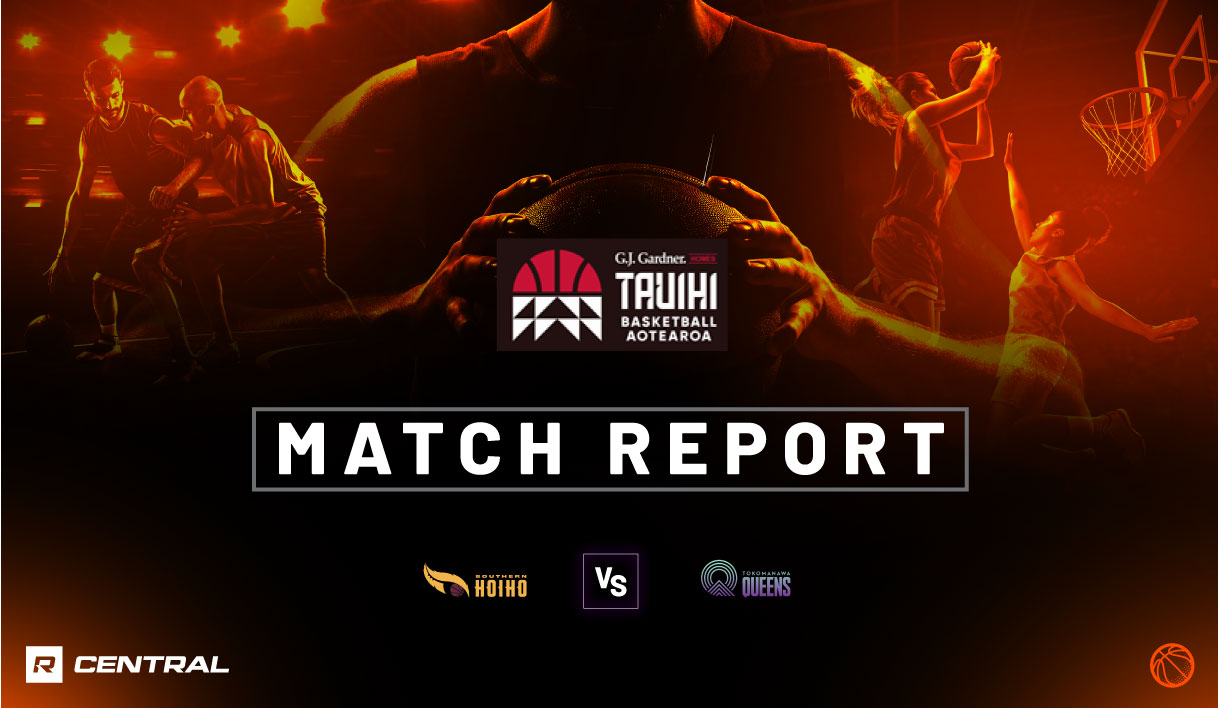 THREE rounds down and the Tauihi Basketall Aotearoa ladder has some superb symmetry to it following the Tokomanawa Queens‘ win over Southern Hoiho last night. The final game of Round 3 saw the Queens defeat the winless Hoiho by 19 points and move up to equal second on the table, now all five teams have played six games. The Queens joined the Whai and Mainland Pouakai on a 3-3 record, while the Hoiho are 0-6 and the ladder leaders, Northern Kahu are 6-0 in a symmetrical standing thus far. It was a disappointing pill to swallow for the last placed Hoiho who did so well in the first term, before fading out on the middle two quarters and conceding 44 points to 17 and ultimately losing the game, 58-77.

Despite coming in as the underdogs, Southern Hoiho showed they would be up for the fight against Tokomanawa Queens, in front of home fans at the Edgar Centre. In a tight start to the opening term, the Queens held the lead for just over half of it, before the Hoiho gathered that momentum late. Elin Gustavsson had scored with 3:42 on the clock to make it 9-11 and keep the Queens close, but 11 of the last 16 points went the way of the home side as the likes of Shelby Cheslek and Janet Maoate-Breen dialled up the pressure. A late basket to Florencia Chagas would cut the deficit to eight points at the first break.

Unfortunately for the Hoiho, that scoring would dry up in the second term, with a late triple to Laina Snyder saving the home side from only scoring one basket for the quarter, and also still maintaining a one-point lead. Chagas was on-song for the Queens, helping herself to 11 points in the opening half, then it would e Jacinta Beckley who stepped up from long-range in the third, draining three triples as the Queens effectively won the game thanks to a 32-12 quarter which blew the lead right out to 19 points.

The Hoiho could not control the play and it hurt, with the Queens punishing them off turnovers and pushing it beyond 20 points early in the fourth. Though the home team did cut it back to within 12 points with 4:13 left on the clock courtesy of a couple of free throws from Samara Gallaher, the Queens would ultimately steady thanks to an impressive triple from Stella Beck, and would go on to even out the final term scoring at 19 points apiece, and come away with that exact 19-point margin, 77-58.

Tokomanawa Queens punished the Southern Hoiho off turnovers with 24 points to 10 after the latter committed 23 turnovers to 16. The Queens also shot at a high 43 per cent clip from the field compared to the Hoiho’s 33 per cent, whilst leading in the ball-handing department including assists (17-14) and steals (15-10). It was not all bad news for the Hoiho who had more rebounds (45-37) and therefore more second chance points (13-7), but the Queens still produced more points in the paint (34-18).

Round 4 kicks off over the weekend, with Southern Hoiho getting another chance to crack through for a win back at the Edgar Centre against Whai, before the Whai take on Tokomana Queens in the second of the Whai’s two-day road trip.