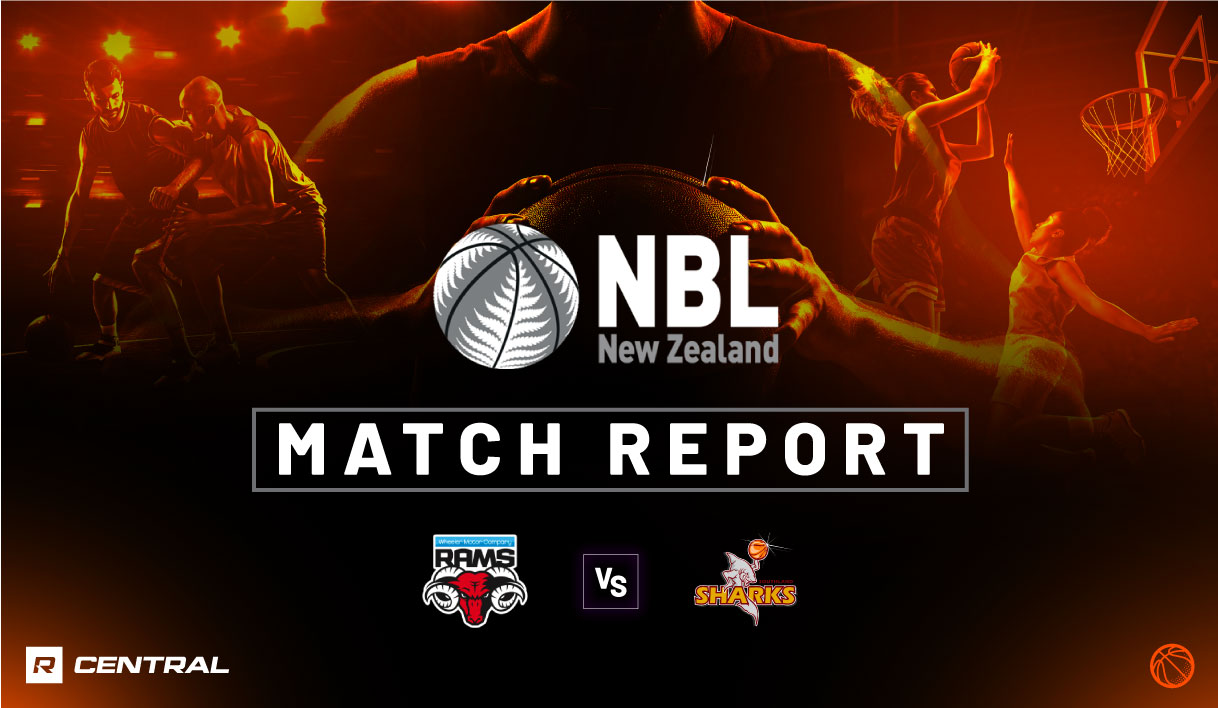 IT was one-way traffic from start to finish, and there was no hiding for a lacklustre Southland Sharks who suffered an embarrassing 51-point defeat at the hands of a red-hot Canterbury Rams outfit at Cowles Stadium last night. The Rams showed no mercy throughout the 106-55 capitulation, winning each quarter by at least nine points and never trailing in the New Zealand National Basketball League (NZNBL) contest.

Canterbury Rams hosted Southland Sharks in a must-win contest for the home side, with the Final 6 fast approaching and the Rams on the precipice of the post-season series. Canterbury headed into the game with a 7-9 record, and a loss would all but put a line through their 2022 hopes. The Sharks on the other hand have long been rules out of the finals series, putting up a disappointing 5-11 record prior to the match, not indicative of the talent on their list. Little did the travelling fans know, things were about to go from bad to worse.

The Rams were on it from the first tip-off and never looked like relenting in a remarkable four-quarter performance. Canterbury raced to an 18-point lead at quarter time, keeping the Sharks to just eight points. What made the first term all the more remarkable was that when Brayden Inger completed two successful free throws, the Sharks had drawn to within one point at 8-9. Then the next 17 points for the remaining 5:38 in the quarter went the way of the Rams who put the foot down. Remarkably, seven Rams scored in those last five and a half minutes, showing the depth of the squad.

It only got uglier after half-time for the Sharks, who trailed 18-47 by the main break. They managed to lift their own scoring through the likes of Inger and Daishon Knight, but were dominated off the boards by Matthew Moyer (20 rebounds) and the rams. Nine Rams scored at least one three-pointer as they shared the rock around, as four players hit double-figure points, and all seven bench players scored three or more points in an even team performance. A 61-37 second half ultimately put an exclamation mark on the result with Canterbury rams running away with the 106-55 victory.

The Rams slaughtered the Sharks off the boards (57 rebounds to 32), as well as dominated the assists (28-10) and had half the turnovers (8-16). They produced 14-4 points from turnovers, and piled on 54 points in the paint compared to the Sharks’ 26. Gaining 38 points from their bench, the Rams put together a complete performance, highlighted by 13 of 37 from beyond the arc, as the Sharks hit just two of 19 in a forgettable night for the visitors.

Both sides next play in Round 15, with the Southland Sharks coming up against Franklin Bulls on August 5, while Canterbury Rams lock horns with Hawke’s Bay Hawks on August 6.