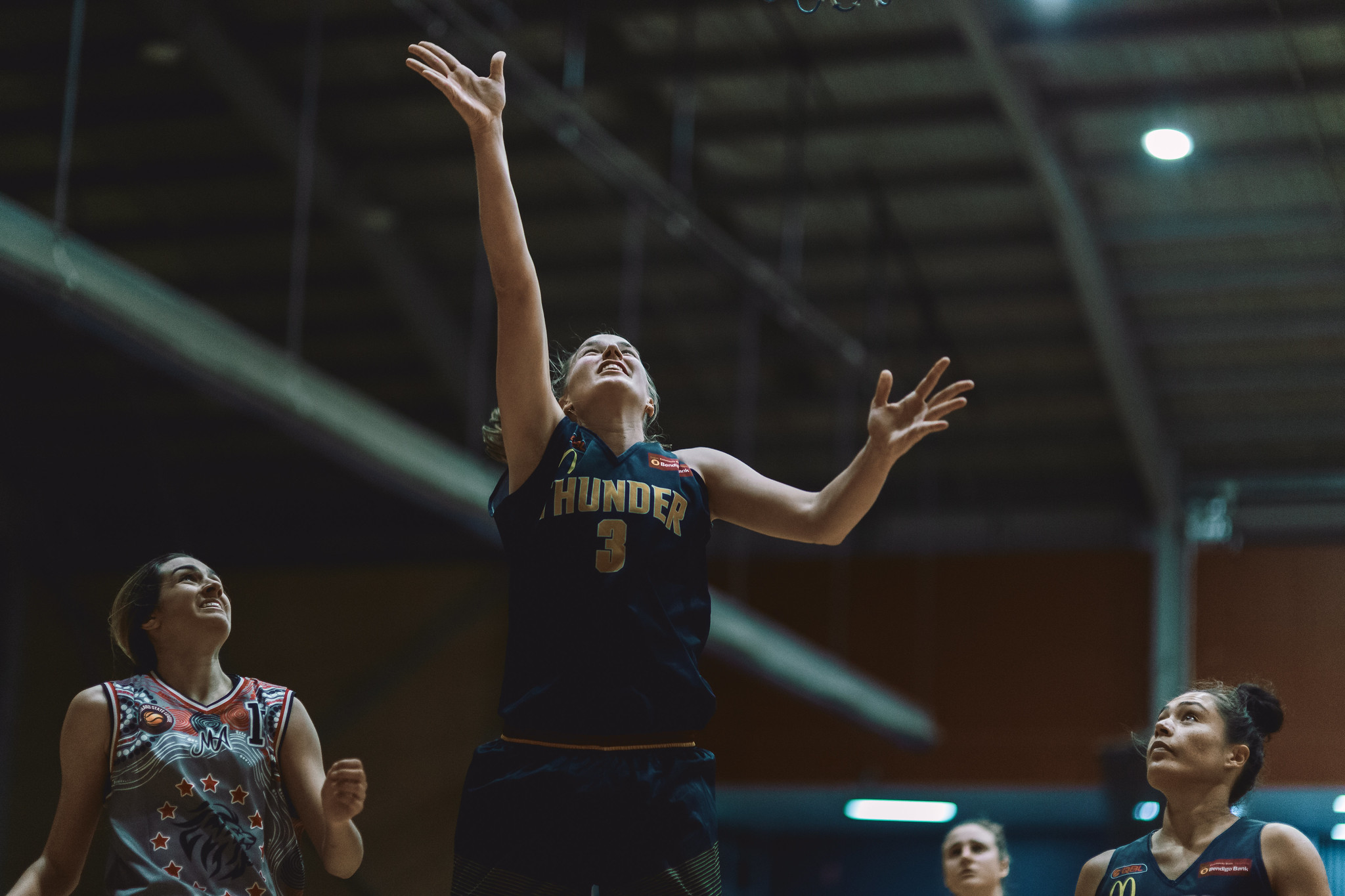 AN outstanding individual effort from Mikaela Ruef has seen the Logan Thunder advance to the grand final in the National Basketball League (NBL)1 North Women’s after taking down the Brisbane Capitals at Bendigo Bank Cornubia Park Sports Centre on Saturday night.

In the semi-final series, the Thunder needed just one win to move on to the deciding series, and they got it thanks to a dominant showing at home on the weekend. After jumping out to a sizeable lead in the opening term, the Thunder managed to continue to extend their lead bit by bit as the game went on, simply outworking the opposition and proving a class above a Capitals side that struggled to start the match and could not play catch up well enough.

It was a Thunder win that was set up by a marvellous showing from one of their stars in Ruef, who did a fair bit of everything in her side’s triumph. She was unstoppable for much of the contest, stuffing the stats sheet with a massive outing that should set her up well momentum-wise heading into the grand final series in the coming weeks.

Despite being one of the tallest players on the court, Ruef acted as the primary ball handler for the Thunder. Her behind-the-back dribble move often resulted in the 31-year-old creating space in the half-court sets, and frequently delivered scores for Logan.

Ruef went to work in the paint for much of the contest, going at her direct opponent and producing a seriously high number of successful lay-ups. There was not a lot the Brisbane defence could do, as they tried double-teams and traps in the half-court, but to no avail.

Delivering an excellent balance of strength and deft touch, Ruef managed to bully her way inside the paint, and used her elusive body work to slip past the defence and conjure a score.

Her work on the boards was crucial to Logan’s success early in the game, as she pulled down a whopping seven rebounds in the first quarter alone. Most of these came on the defence end, as she took full advantage of some wayward shooting from the Capitals.

Showcasing the bag she has on the basketball court, Ruef proved to be a more than handy playmaker, as she found teammates time and time again. Making the most of the overcommitment from the Brisbane defence, she moved the ball across the court and nailed plenty of passes, some with an extremely high level of difficulty.

Ruef has shown over the course of her career that she is far from an easy matchup. Putting a guard on her will result in an easy basket in the paint, while she will dribble past any opponent that is too big. She will play a pivotal role in the upcoming grand final series and could produce similar match-winning performances.