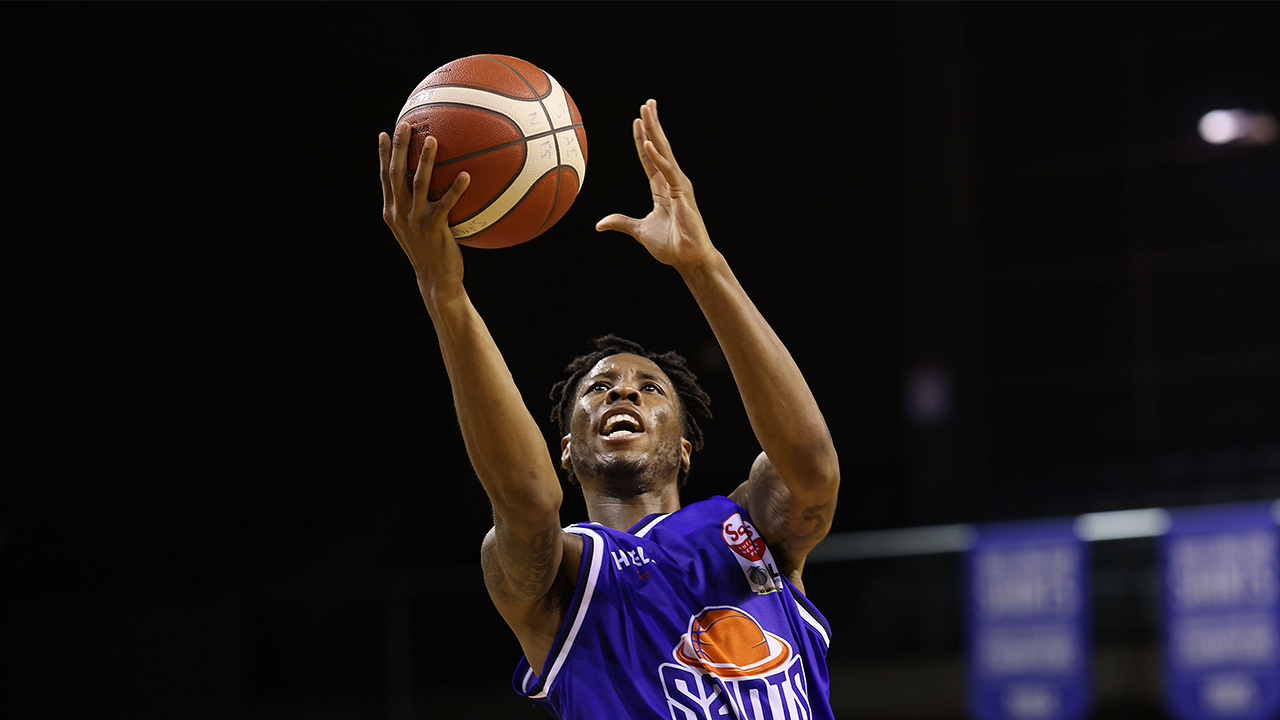 WELLINGTON Saints and Hawkes Bay Hawks remained undefeated, and Nelson Giants won their first of three Round 4 matches in a blockbuster night of action in the New Zealand National Basketball League (NZNBL) last night. The trio of clashes provided plenty of individual highlights and high-scoring efforts, with the Saints defeating Franklin Bulls by 29 points, Giants knocking off Canterbury Rams by 12, and the Hawks winning in a nail-biter against Taranaki Mountainairs by three points.

In the Saints’ win over the Bulls, Wellington always looked in control and showed why they are the team to beat this season, winning every quarter by at least four points. The home team created some great separation in the first half to race out to a 55-38 lead. Whilst the Bulls managed to keep it closer in the second half, the Saints again poured on back-to-back quarters of 28 points to race past the hundred point mark and win 111-82.

Kerwin Roach Jr had a match-high 22 points and nine rebounds, as well as five assists and three steals in the win, shooting four of 10 from beyond the arc. Dion Prewster (13 points, four rebounds, three assists and three steals) did not have the same success from long-range with none from four attempts, though still contributed strongly. Tohi Smith-Milner (14 points, four rebounds, three steals and two assists) and Taane Samuel (12 points, six rebounds, three assists) were both impressive, whilst Romaro Gill (17 points, six rebounds and two steals) and Isaac Miller-Jose (10 points, five rebounds, and two assists) averaged a point a minute coming off the bench.

Josh Selby led the way with 16 points and four assists for the Bulls, sharing the team-high points with Dane Brooks (16 points, two rebounds, three steals and two blocks). Jaylen Gerrand (12 points, two assists) and Jett Thompson (10 points) both reached double-figure points, as Zane Waterman had a quiet night by his standards with shooting (seven points) but still managed the team-high six rebounds and five assists in the loss.

In a much tighter contest, Hawkes Bay Hawks ground out a three-point win against a fast-finishing Taranaki Mountainairs. The Hawks led by five points at quarter time and raced out to a 14-point lead by the main break, looking well on their way to maintaining their unbeaten streak. The Airs refused to give in however, piling on 51 points to 40 in the second half to come close, but fall short, with a Marcel Jones triple attempt for a bid to level the scores in the last few seconds missing and consolidating the Hawks’ victory.

Ethan Rusbatch dominated for the Hawks, knocking down 33 points – including a whopping seven of 14 from three-point range – and five rebounds, whilst Jonathan Janssen picked up a double-double of 19 points and 10 rebounds. Derone Raukawa (10 points, seven assists) reached double-figure points, while Hyrum Harris (eight points, seven rebounds, five assists and four steals) did it all, and Everard Bartlett finished with seven points, four assists and three rebounds.

Francis Mulvihill (14 points) and Tai Wynyard (13 points, five rebounds and three steals) contributed to the Airs’ cause, but it was another dominant performance from Jones that kept them in the contest. Mr Double Double piled on 30 points, 14 rebounds, six assists and three blocks in another big performance. Haize Walker managed the five points and six assists, while Aaron Bailey-Nowell contributed nine points and two rebounds off the bench.

Meanwhile Nelson Giants grabbed their second win of the season and first of a heavy schedule this round, defeating the Rams after a strong second term. The Giants only lead by one point at quarter time, but then piled on 30-16 in the second quarter to race out to a 15-point advantage at the half. That lead increased to 17 at the final break, before the Rams made inroads in the final term to reduce it to 12, but it was a case of too little, too late, going down 91-79.