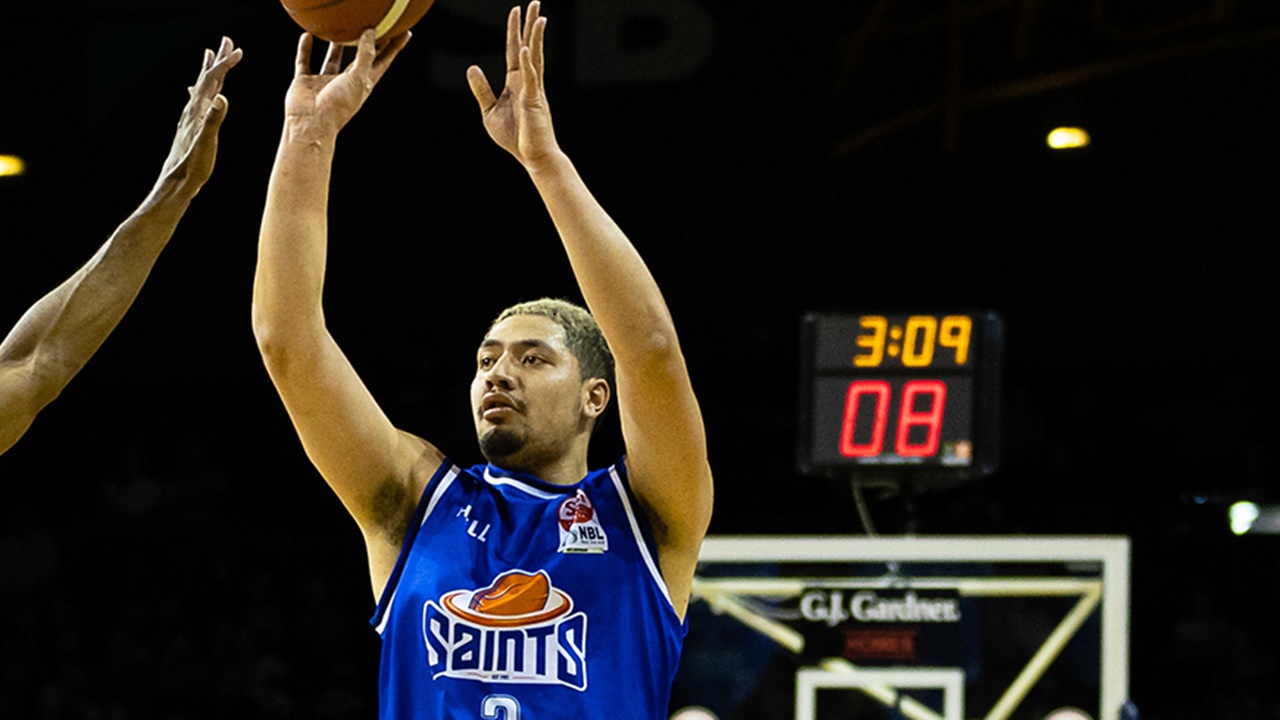 RECORDS were broken left, right and centre in the New Zealand National Basketball League (NZNBL) last night as top of the table Wellington Saints showed no signs of slowing down with a 60-point shellacking of Franklin Bulls. The Saints surprisingly only one three of the four quarters, and one of those by three points, but the two ones they won at either end were by a combined 58 points on their way to a 125-65 win.

It was easily the biggest win of the season, and the last quarter differential of 35 the most as well, plus the 46 total points in the term. It all started with a dominant 38-15 opening term which set the tone for the night as the title favourites did as they pleased. Surprisingly, the Bulls managed to stem in the bleeding in the middle two terms as they actually won the second quarter, and only lost the third by three points for a total last break differential of 26.

In the past, the team on top has often taken the foot off the pedal in the final term with the game beyond doubt, but Wellington was no ordinary team. The Saints piled on a whopping 46 points to 11 in the most one-sided quarter of the year to run out 125-65 winners in ridiculous fashion. They dropped 29 triples – 87 points alone – as they almost exclusively destroyed the Bulls from long-range.

The stats were unsurprisingly all in the way of the Saints, as they 29 of 53 from beyond the arc a clear record, as they recorded a total field goal percentage of 53 per cent. They only hit 14 shots from inside the arc – three less than the Bulls, but Franklin could only drain six of 28 from beyond the arc at 21 per cent. The mounting pressure to hit long-range jumpers to try and chew into the deficit was evident.

Kerwin Roach Jr won the Most Valuable Player (MVP) Award with 29 points – four of nine from long-range – seven assists and five rebounds. He had plenty of supporters though, as Leon Henry was ridiculous coming off the bench with seven triples – more than the entire Bulls side – for 24 points, seven rebounds, four steals and two assists. Ken Tuffin had 17 points – draining all five three-point attempts – and two rebound, while Tohi Smith-Milner finished with 15 points –  and also had a perfect four from four from beyond the arc – as well as five rebound and four assists.

Taane Samuel joined in the party with three of seven from long-range to go towards his 12 points, while Rangimarie Dougall-Mita had nine points – three of six from long-range – and two rebounds off the bench in 15 minutes. Ezrah Vaigafa (seven points, seven assists and six rebounds) and Troy McLean (six points, four assists) also picked up more than five points in the record-breaking victory.

For the Bulls, the box score was not as kind, with Isaac Davidson trying his hardest on the way to a double-double of 15 points and 10 rebounds, hitting two of five from long-range, and picking up three of his team’s six steals. Jett Thompson (11 points, six rebounds and three assists) and Manel Ayol (10 points, five rebounds) also reached double-figure points, while Zach Easthope had six points and five rebounds in 16 minutes off the bench for Franklin

Unfortunately for the Bulls, they will need to stew on the result until next season, whilst for the Saints, not only do they have finals action coming up, but they also have another clash tonight, taking on Auckland Huskies on the road.