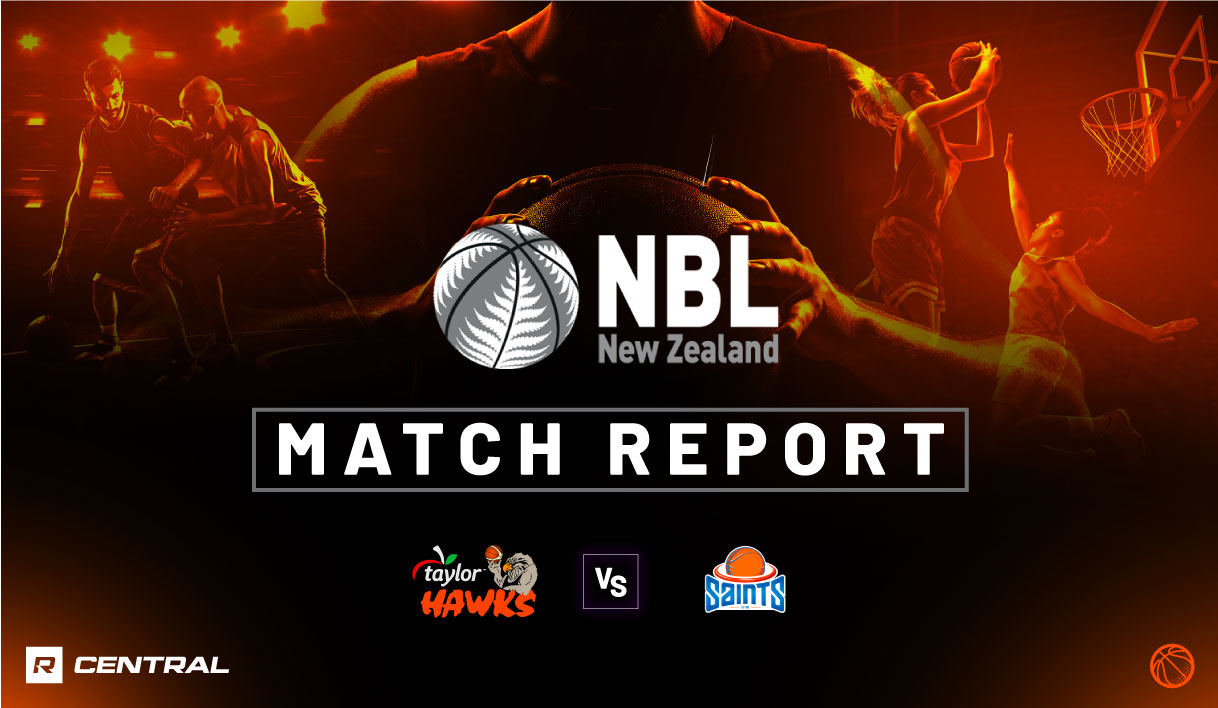 AFTER looking down and out early in the season, Wellington Saints are on the verge of cracking into the Final 6 of the New Zealand National Basketball League (NZNBL). The reigning champions are a star-studded unit on paper, but did not quite click, and have been much improved over the last month to win four of their last five games and topped 100 points on each occasion. In last night’s clash, the Saints proved too good for Hawke’s Bay Hawks exploding in the third term but winning the last three quarters, to run out 107-80 victors.

Wellington Saints had been on a tear of late, as the Hawks were headed the opposite way, losing four of their past five games, including a 30-point shocker against the Saints a week earlier on June 14. Though a 10-point win over Franklin Bulls might have given the Hawks some confidence, they needed to lift it up another level against the Saints last night. To the Hawks’ credit, they did that early, grabbing the lead midway through the first term, outscoring the Saints 27-20 and then holding it for the majority of the first half.

When Derone Raukawa and Hyrum Harris came up with baskets to stretch the Hawks’ lead out to eight with 3:34 to play, it looked like the home side would be in control again, but the Saints had other ideas. The next 12 points went the way of the visitors, with Xavier Cooks scoring four of them, and the likes of Taane Samuel, Jordan Ngatai, Reginald Upshaw Jr and Ken Tuffin all contributing in the run. That momentum sparked a massive third term for the Saints, though it was not evident at first.

Jack Salt got the Hawks on the board first after the half-time break, and then Raukawa and Harris went to work continually cutting down the deficit to as little as two points at the halfway mark of the quarter. From that point on though, Wellington would blow Hawke’s Bay away thanks to a 24-5 run that would see the Saints take an 81-58 buffer into the final term. Samuel and Tom Vodanovich were causing all sorts of headaches, including draining the last two threes of the term in the final 14 seconds.

From there, the damage was done and the lead did not get below 20 points as the Saints saluted by 27. 107-80 at Pettigrew Green Arena. It marked the fifth consecutive game Wellington had hit the triple-digits for scoring, and they shot at 53 per cent efficiency compared to the Hawks’ 42 per cent. They also controlled the rebounds (48-37), second chance points (21-6) and points in the paint (54), whilst nailing 13 three-pointers at 41 per cent efficiency.

Both sides have the Manawatu Jets in their next matches, with Wellington Saints meeting them tomorrow, while the Hawke’s Bay Hawks wait until the following Sunday on July 31 to take to the court.