Saints rise up over Hawks in scoring bonanza 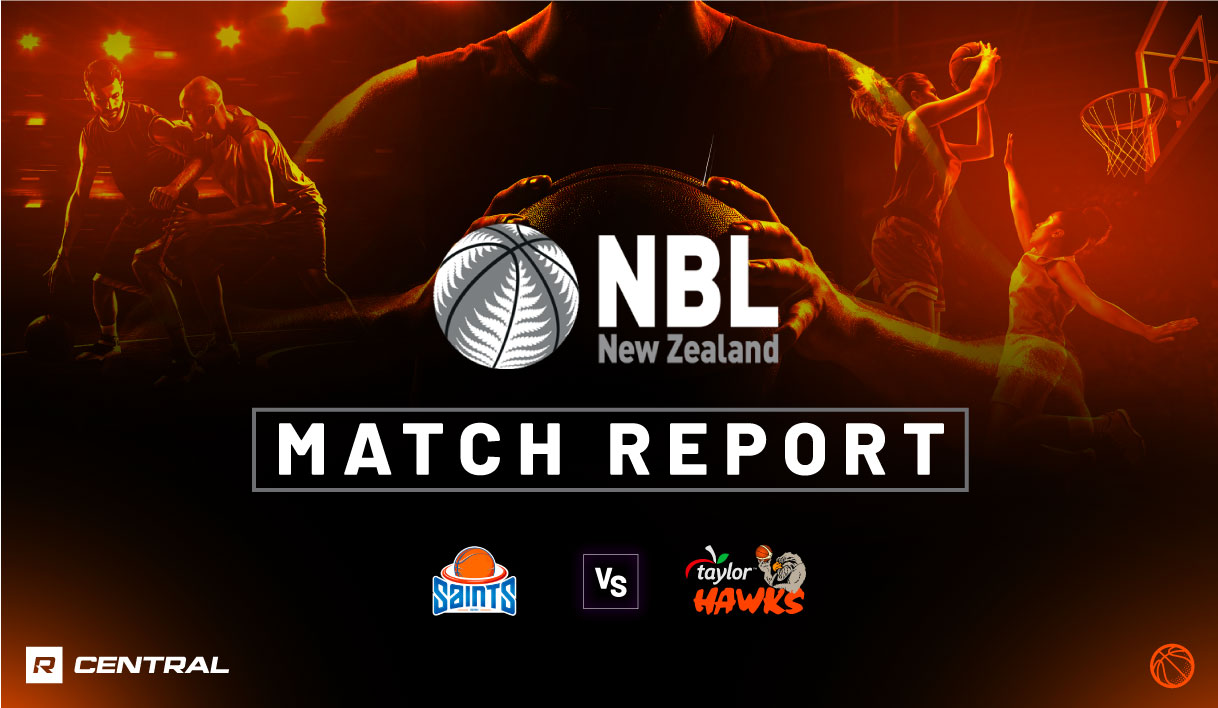 IN a free-flowing, high-scoring match, Wellington Saints have won out by 30 points over Hawke’s Bay Hawks to keep their New Zealand National Basketball League (NZNBL) playoff hopes alive. The second highest scoring combined match of 2022 season – behind Taranaki Airs’ 131-100 victory over Manawatu Jets – the Saints scored no less than 23 points in a quarter on their way to a memorable 117-87 win at TSB Arena to remind the competition of what they are capable of this year.

Coming into the Round 12 match, the Hawke’s Bay Hawks were strong favourites, sitting at 7-6 and inside the top four. The Wellington Saints – who on paper should be title contenders – had a forgettable first half of the season that included sacking coach Guy Molloy, and effectively have to win all their remaining games to make the playoffs. They ticked the first challenge off in a game unlikely to be forgotten by either side.

The Saints held a relatively close lead at quarter time with a three-point differential, before blowing it up over the next three quarters, including back-to-back 30-plus point quarters. The Hawks themselves were putting up winning numbers, but defensively were really struggling against the high-powered Saints, who lead by nine points at the main break, but then a 35-16 third stanza saw the reigning premiers extend the lead way out to 28 points.

Given the quality of the Saints list, that was all that was needed, as they continued to keep the foot down, even as the Hawks stepped up, to maintain a lead since late in the first term to win by an even 30 points, 117-87. Surprisingly, despite the scoring being high, there ere just 22 points scored from fast breaks, with the Saints up 12-10, but the turnover count – and therefore points from turnovers – told a story. the Saints had a measly eight turnovers to the Hawks’ 21, and punished them with 30 points to 12 from turnovers.

Both teams got into the paint a lot, finishing with 44 points apiece, but while the Hawks won the rebound count (40-36), the Saints dominated the assist (26-15) and steal (12-4) counts. They also shot at an impressive 52 per cent from the field, including 56 per cent from inside the arc with 25 of their mammoth 44 opportunities going in. Wellington shot 47 per cent from outside the arc, with 19 of 40 far superior to that of the Hawks’ seven of 21, which was key in posting the win.

Hawke’s Bay’s standout shooter was Ethan Rusbatch who managed 24 points and six rebounds, though all five starters hit double-figure points. Tajuan Agee had a double-double of 12 points and 10 rebounds, with Hyrum Harris (18 points, seven rebounds as well as three of six from three-point range) not far behind. Derone Raukawa (11 points, three assists and two rebounds) and Jack Salt (10 points, two rebounds) were the others to reach the double-figure points.

Hawke’s Bay Hawks will have the chance to bounce back tomorrow when they hit the road again to face the Franklin Bulls, while Wellington Saints have a rest before two games in three games – against the Hawks again as well as the Manawatu Jets – on July 21 and 23.