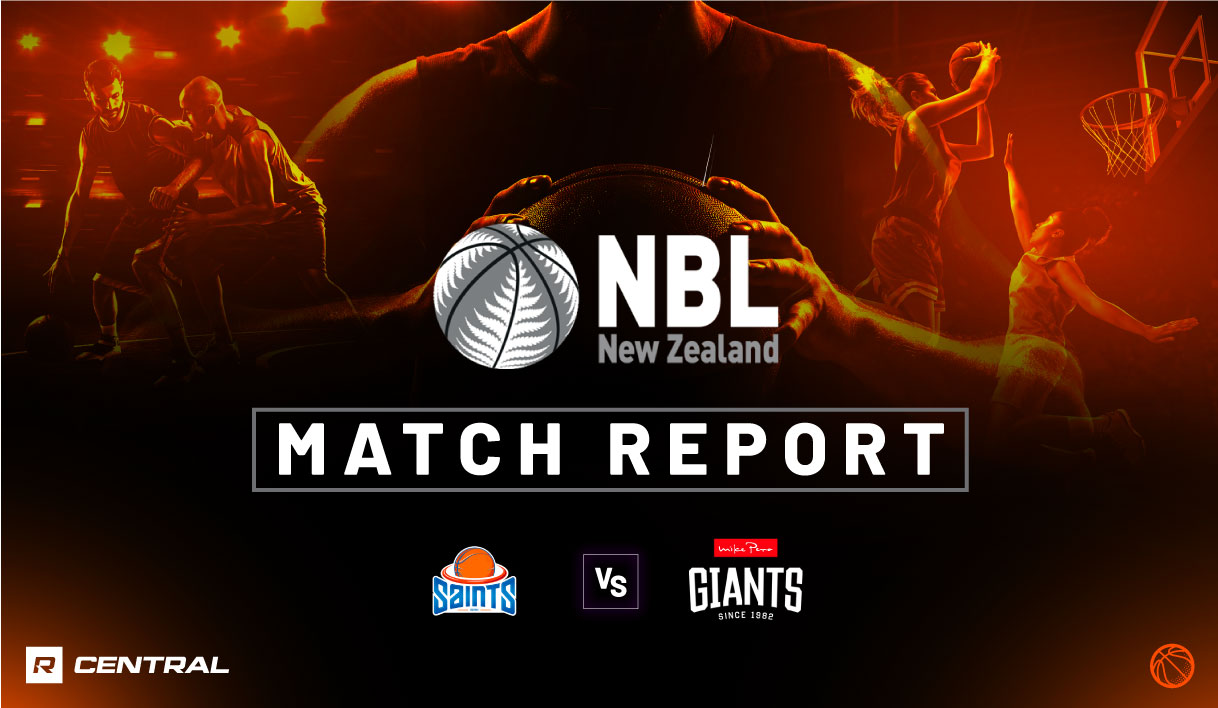 CONTINUING what has been a remarkable revival for a team that looked down and out early in the season, the Wellington Saints produced an eye-opening 10-point win over the Nelson Giants to put themselves in the box seat for a Final 6 spot. The Saints have racked up five wins in the past six games and roared to life, with their victory over the Giants at TSB Arena as good as it gets. The top of the table Giants were always in the game, but failed to win any quarter, and went down 89-79 on the road.

Coming into the match, the Wellington Saints sat in sixth spot after other results, desperate for a win to keep their Final 6 hopes alive, and move up to fourth on the table. Meanwhile the Nelson Giants had established themselves as the team to beat with a 12-4 record and in control of top spot with the post-season edging closer. Tipped as a blockbuster, the match was neck-and-neck for almost the entire 40 minutes before the Saints pulled away in the last couple of minutes to record the win. But before that, the Giants were well and truly in the contest.

Wellington led for the majority of the match, and even got out to a seven-point lead midway through the first term, before the Giants stood up late to trail by just three points after 10 minutes. Continuing that momentum into the second term, the Giants hit the front a couple of times, but once the Saints took the lead midway through the quarter, they did not surrender it for the rest of the match. The contest remained tight however, as the Saints got out to a six point lead, and eventually held a four-point buffer (38-34) at the main break.

After half-time, the Saints looked to have the upper hand early, piling on the points and building a nine-point buffer midway through the quarter, until the Giants hit back yet again. Even levelling the scores late in the quarter, the last five points going the way of the visitors was able to give Wellington that exact lead with 10 minutes to play. Then came the blowout. Wellington piled on 11 of the first 13 points to extend the lead out to 14 points with eight minutes to play. Nelson again came hard to cut it back to just three points with 2:14 on the clock, but nine of the last 11 points went the way of the home side and the Saints saluted 89-79.

Xavier Cooks had a terrific outing for the Saints, scoring 28 points – 12 of 17 from the field – as well as seven rebounds, three assists and two blocks. Michael Smith coming off the bench managed 23 points – including seven of 10 from the field, of which four of six were from long-range – while Tom Vodanovich (12 points, seven rebounds and four assists) and Jordan Ngatai (10 points, four rebounds) reached double-figures.

Nelson Giants will kick off Round 15 tomorrow night with a top of the table clash against Taranaki Airs, while Wellington Saints have a massive clash on Saturday against third placed Auckland Tuatara.