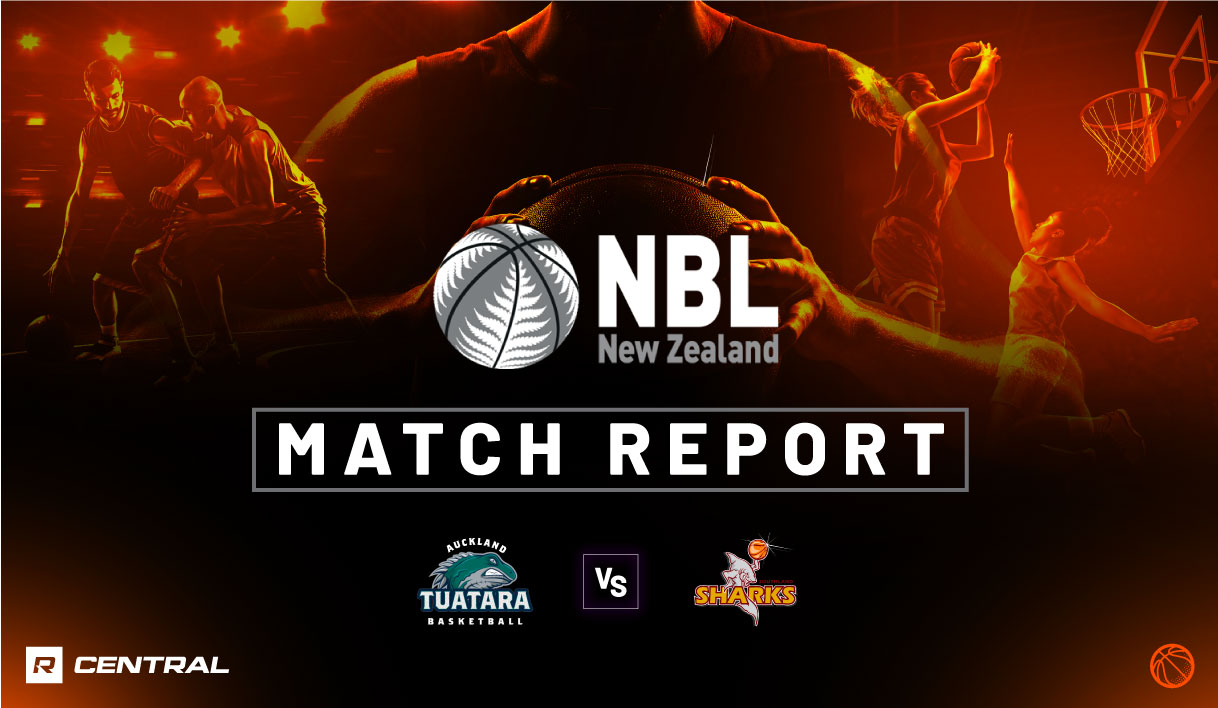 CELLAR dwellers Southland Sharks have caused a huge New Zealand National Basketball League (NZNBL) upset, taking down second placed Auckland Tuatara on the Tuatara’s home court last night. Though the home side raced out to a seven-point lead at quarter time, a dominant middle two terms from the Sharks – highlighted by some big statlines from Mojave King and Dom Kelman-Poto – saw the visitors have a 20-point lead at the final break to silence the crowd. The Tuatara did hit back but it would not be enough with the Sharks winning, 103-91.

After losing top spot to the Nelson Giants, Auckland Tuatara came in with a mission to take care of the underperforming Southland Sharks at home. The Sharks had built a poor win-loss record of 3-10 despite having a list that was more than capable of challenging for the title. The Tuatara on the other hand, had pieced together a consistent season, but sat 8-7 having played more games than any other team and needing to bank as many wins as possible before other sides caught up. Despite the polar opposite seasons, it would turn out to be one of the upsets of the season.

Auckland started off as expected, racing out to an 11-point lead in the opening term, before the Sharks managed to cut it back to seven at the first break. From then, Southland started strongly in the second term, only for a Tuatara response to put it back to double-digits midway through the term when Braydon Iuli drained a triple. Then the Sharks scored 19 of the next 22 points, as King, Alonzo Burton and Brayden Inger guided their side to a six-point lead at the main break.

Not willing to take the foot off the pedal, the Sharks kept going hard in the third term and doubled the Tuatara’s score with 28 points to 14, and putting it well beyond 20 points, before that ended up the difference at the last change. Auckland did manage to get back to 10 points in the final few minutes, but the gap was just too great, and the fight proved too little, too late, and the Sharks got up by 12 points, 103-91 in a memorable win to give their travelling fans something to cheer about.

Southland dominated the shooting stats, making 60 per cent of their attempts from the field including elite numbers of 65 per cent from inside the arc and 53 per cent from outside it. The Tuatara were strong too with 50 and 33 per cent respectively, while they had more steals (10-4) and second chance points (22-9). The Sharks pulled down three more rebounds (42-39) and had the only nine blocks of the contest to deny the home side time and time again.