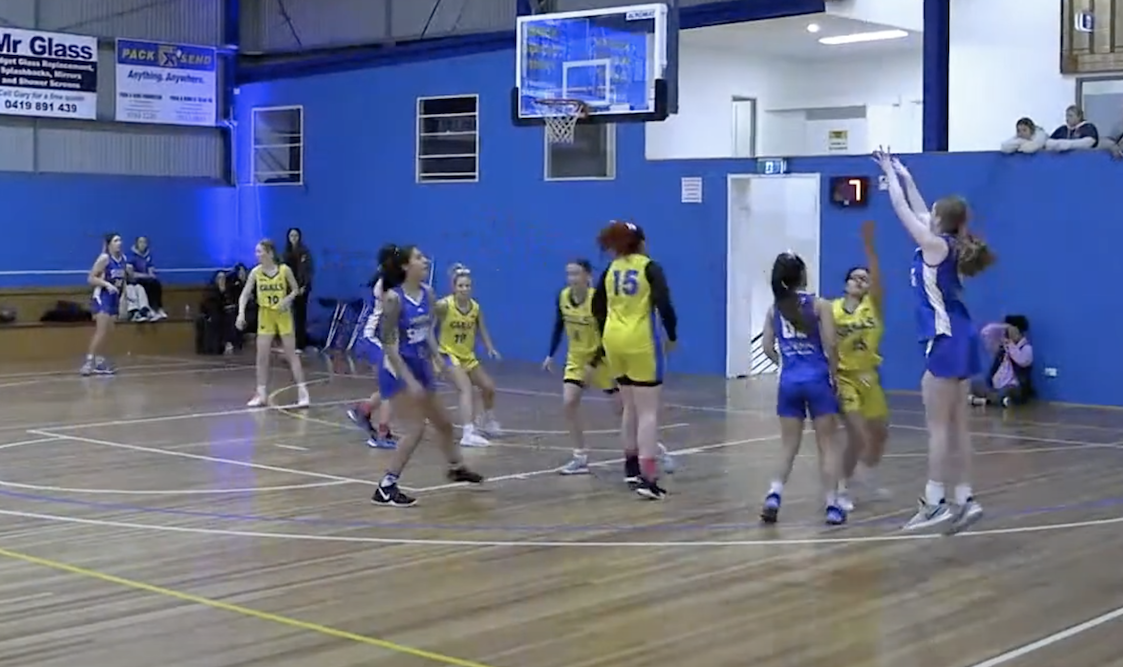 IT has been a tough Big V Women’s season for Southern Peninsula Sharks, but there was plenty to celebrate during the side’s stunning 34-point victory over Chelsea. The Sharks had only won one of their first 17 games, but had remained competitive throughout the season, though still sat anchored to the bottom of the table. That mattered little to the Sharks on Saturday night though, as two players dropped double-doubles to take down the Gulls at Hillview Stadium and celebrate a rare 80-46 win in front of home fans.

The Sharks trailed by a point at quarter time, but then everything changed. The first half of the second term was not so surprising, with both sides missing chances and turnovers costing potential baskets and momentum. At one stage the Gulls lead 22-21, and then the Sharks piled on 12 of the next 14 points to take the nine-point lead at half-time. The likes of Kelly Gardiner and Myra Wood were causing headaches for their respective sides, while Jade Odom drained a long-range jumper to give the Sharks confidence.

The momentum from the second quarter continued into the third term, as the Sharks scored the first seven points of the quarter to suddenly lead by 16 and make a victory a very real possibility. It was an even team performance for the Sharks, with Eryn Rosowski, Ashleigh Wright and Fiona Darnell all getting in on the act before Melissa Prior finally made a layup for the Gulls two minutes into the term. Prior and Lee Burch tried to get their side back into it, but a triple from Sharks’ Caylah Paul made life difficult and the home side extended the lead out to 19 by three quarter time.

That was all the Sharks needed for confidence as their shooting of the past two quarters culminated in a fantastic last quarter, piling on 28 points to 13 to put icing on the cake and run away with the 34-point win, 80-46. The key difference between the first term and the last three was the Sharks’ ability to limit the Gulls’ impact from the paint, with Chelsea scoring 14 points from there in the first term, but only 12 over the next three quarters. The Gulls’ shooting percentage also dropped from 70 per cent inside the arc to a poor 15.4 and 23.1 per cent over the next two quarters. Southern Peninsula remained at around 35 per cent, but also had far higher shooting numbers from long-range.

In the end, Darnell (13 points, 12 rebounds and two assists) and Rosowski (11 points, 10 rebounds, two assists and two steals) were both outstanding, while Odom finished with 16 points, eight rebounds, five assists and three steals in an all-round performance. Wright drained four of six from long-range on her way to 12 points, while Wood dished out seven assists to go with seven points and four rebounds. Gardiner as the only major starting scorer for the Gulls with 13 points, nine rebounds and three assists, while Prior recorded 12 points, eight rebounds and two assists in the loss. Tamara Booth (six points, seven rebounds) also tried hard throughout the contest.

It was a tough weekend for the Gulls, who also suffered defeat at the hands of Hume, going down by a point. That came after the Broncos fell to McKinnon by 10 points. In other results, Wyndham destroyed Pakenham by 42 points in a blowout, while Bulleen also made light work of Sunbury throughout its 25-point triumph on the road.