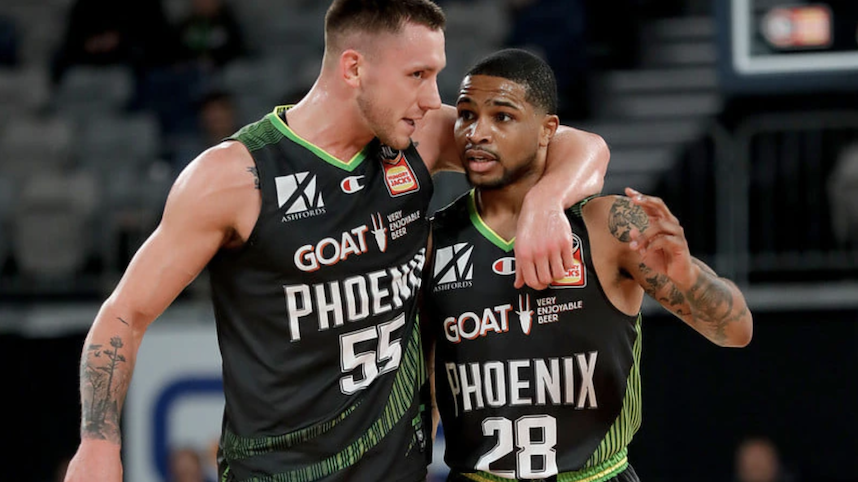 WITH the National Basketball League (NBL) season done and dusted we take a look at the performance of each team and how they fared in season 2021. The next team under the microscope is South East Melbourne Phoenix.

South East Melbourne Phoenix entered their second campaign in the NBL looking to improve on their eighth placed debut season, and coach Simon Mitchell got exactly what he would have asked for. The Phoenix just managed to edge out last season’s grand finalists the Sydney Kings to claim fourth spot and ensure the club’s maiden finals berth.

A rollercoaster of a season saw the Phoenix end up with a 19-17 season record, aided by a mid-season purple patch, where the team won six out of seven games between Rounds 9 and 12. Mitch Creek was a huge part of the team’s successful season, as he continues to help build the club from its foundations.

Like most clubs, the Phoenix had their fair share of interruptions this season with star import Keifer Sykes missing time with an ankle injury, veteran Adam Gibson battling with calf issues, and Creek missing two weeks without playing or training due to a police matter. In addition, the club was without big man Dane Pineau, as the rebounding defender (who was nominated for Defensive Player of the Year last season) could only manage one game, battling numerous injuries.

Despite the dramas the team rallied, and the mid-year signing of Ryan Broekhoff from the NBA, was another good move as they fell just short of reaching the grand final.

From the start of the season the Phoenix looked a danger, averaging 91.5 points across the first 10 games, starting the year 5-5, including a couple wins over reigning champions Perth.

The biggest problem for coach Mitchell was trying to get his guys to perform consistently, as they were quite up and down during the season, apart from their mid-year seven-win, two-loss run. A few late defeats to the Taipans (once) and the Bullets (twice) opened the door for the Sydney Kings to hunt down fourth spot, but the Phoenix managed to hold on.

A semi-final match-up against crosstown rivals Melbourne United saw the Phoenix lose the first game, before winning the second match up in the best of three series, but it was eventual champions United who got the upper hand to move on to the big dance.

As the saying goes ‘one man’s loss is another man’s gain’, unfortunately for Pineau injury disrupted his season, but it allowed teammates Ben Moore and Yannick Wetzell to step up, with both players in the team’s top three for rebounds, as well as top two for blocks.

Offensively, there was a lot to like for Phoenix fans, with the team leading the league for points scored (3217) averaging 89.4 per game. They led field goals made (32.8 per game), shooting at 46.3 per cent (ranked second), and they were equal third for three pointers made (9.4 per game), with a shooting percentage of 36.1 per cent (ranked second).

The recruitment of Sykes was a success, as the guard went on to average 14 points and five assists per game, playing second fiddle to Creek, who led the team in scoring (18 per game, 51 per cent field goals made, 41 per cent three pointers made). Kyle Adnam also had a solid year playing 36 games and averaging 12.6 points and 3.6 assists and finishing in third place for the leagues Sixth Man of the Year award. Cameron Gliddon was also an offensive weapon averaging 11.5 points (2.7 threes per game on 40 per cent shooting).

Although Wetzell and Moore had great seasons, the Phoenix did miss the presence of big man Pineau, as they ranked second last for rebounds and blocks, which Pineau had averaged 8.6 and 1.1 respectively in the 2019/20 season. They also conceded the most points by any of the finals teams, conceding 86.8 points per game, over four points more than Melbourne United (82.1 points conceded per game).

The Phoenix had their chance to face off against Perth in the last week of finals, but they blew a 15-point lead to United in the decisive game three, going on to lose 74-84, putting an end to their season.

Last year’s winner Mitch Creek will again be the firm favourite to take out the club’s top honour in its second season. Creek was named in the NBL All Second Team, after averaging 18 points across 31.49 minutes this season. Creek played 34 games and had a huge impact in the team’s success. He was second in rebounds (6.4 per game), and third for assists (3.6 per game) in what was a great output despite his interruptions earlier on in the season.

Sykes may have given him a run for his money had he not suffered his ankle injury which kept him out for over a month. Sykes was second in scoring and led the team’s assist numbers this year.

Creek should take out the top honour again, making it two from two.

Some important moves have already been made by the Phoenix, with Creek electing to trigger his player option, meaning he will be at the club next season. Broekhoff has re-signed for two years, after playing 16 games this season, since returning from a stint in the USA. Adnam and Izayah Le’Afa have both agreed to two-year deals, with Le’Afa gaining a contract after being signed as a development player in his first season.

Pineau, Gliddon and Reuben Te Rangi all remain contracted for next season, while Wetzell is on the move to his home country, with the New Zealand Breakers securing the big man on a three-year deal.

Looking Towards Next Season:

It was a very positive outcome from the Phoenix this season, climbing four places on the ladder from last season. With key players like Creek and Broekhoff signed on for next season, the team looks in good shape to challenge the best again. With a good off-season, coach Mitchell will be hoping  Pineau, can make a healthy return to help sure up his side’s defence after they looked shaky in that aspect this season.

You get the feeling the Phoenix will be a must watch next season.