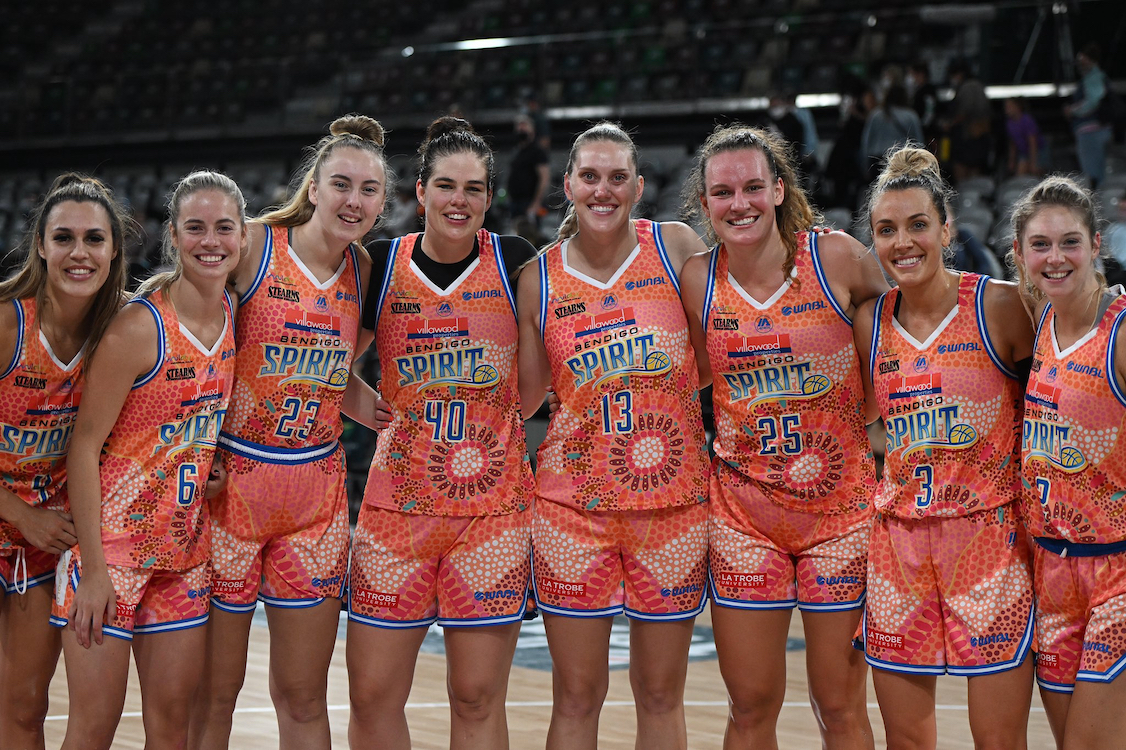 IT took them four quarters do to it, but Bendigo Spirit recorded their fourth Women’s National Basketball League (WNBL) win in five games, defeating Southside Flyers last night, in the first match of Indigenous Round. The Spirit trailed by three goals heading into the final term, but came up big when required, scoring 23-12 to run away with the contest, 78-70. The win – which was actually down on the Apple Isle at MyState Bank Arena – continued a rich vein of form for the Spirit who rose from the dead at 1-7 to now be 5-8. Though the top four is out of reach due to the four-game game behind the UC Capitals, the Spirit can still overtake the Townsville Fire in fifth.

The Flyers actually got off to a strong start by the end of the first term after falling eight points down midway through the first quarter, searching for just their fourth win of the 2021/22 season. The reigning WNBL champions have struggled thus far, but the 22-20 first term gave the fans some hope early. An even second quarter, albeit with less scoring of just 14 goals apiece, saw the Flyers head into half-time with a 36-34 lead. Both teams again remained neck-and-neck in the third, with Southside getting out an equal game-high lead of eight points.

Reeling them back late in the third term, Bendigo drew even once again, but a late flurry by the Flyers resulted in them taking a 58-55 bugger in to the last quarter. It genuinely looked like Southside might travel home with the win, getting out to another eight0point buffer early ing the fourth with the first five points of the quarter, and looking in control. Even with a seven-point lead with just over seven minutes remaining, Southside looked to be capable of holding the lead. But Bendigo had other ideas.

The Spirit piled on the next 12 points of the match to go from 58-65 down to 70-58 up. Despite Southside still fighting, Bendigo had the answers. Each basket was met by two more, and the last minute saw a number of deliberate fouls and three-point attempts missed, and Bendigo skipped away to the win, having scored 20-5 since trailing by those seven points.

Anneli Maley‘s ridiculous season continued with a mind-boggling 19 rebounds – including nine offensive – to go with her 21 points and six rebounds. Four Spirit players recorded double-figure points on the night, and Megan McKay managed a double-double with 11 rebounds to accompany her 13 points. Alex Wilson (17 points, three rebounds and three assists) and Madeleine Garrick (13 points, three rebounds, two assists and two steals) also had plenty of points whilst Tessa Lavey might have had a shocking shooting night (one of 11 at nine per cent efficiency), but she managed the five rebounds and five assists.