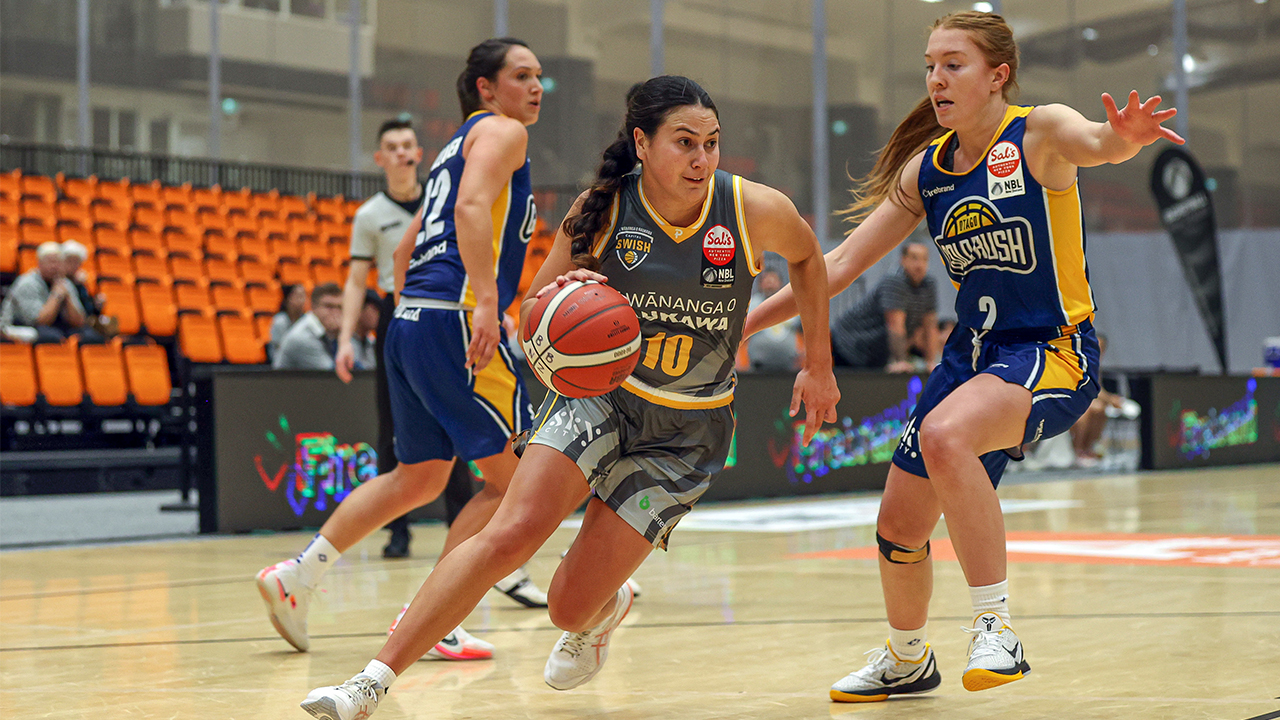 CAPITAL Swish have started their season in the best possible fashion, piling on 54 points to 22 in the first half of their opening New Zealand National Basketball League (NZNBL) Women’s clash to claim a 32-point win over Otago Gold Rush at Pulman Arena last night. Whilst the Gold Rush managed to hit back and stem the bleeding in the second half, it was a case of too little, too late.

The Swish put the foot down from the get-go with 26 points to nine in the opening term to open up a huge 17-point quarter time lead. They maintained their high-level offensive output with another 28 points, whilst keeping the Gold Rush to just 13, and lead 54-22 at the main break. That 32-point difference would ultimately prove fatal for Otago, breaking even in the second half, and even winning the final term by two, but it would not be enough, as Capital Swish enjoyed the big 83-51 win to start the season off on the perfect note.

Never trailing throughout the contest, the Swish just kept building their lead. Whilst the Gold Rush did cut it back to just over 20 points midway through the third term, it blew out to as much as 40 in the last quarter before the Gold Rush steadied. The three-point shooting percentages were stark with the Gold Rush hitting just one of 21 attempts (four per cent) compared to the Swish’s six of 19 (31 per cent). That led the Swish to an overall shooting percentage of 43 to 27 per cent.

Jacinta Beckley was the standout for the Swish, putting up an almost double-double with 26 points, nine rebounds and three assists. Shooting eight of 14 from the field and nailing nine of her 10 free throws, Beckley scored 15 more points than any other player in the match. Letava Whippy (11 points, eight assists, five steals and three rebounds) contributed in multiple facets, with Maia Jean Watene (nine points, six rebounds) and Josephine Stockill (eight points, nine rebounds, two assists, two steals and two blocks) also doing well from the starting side.

Otago Gold Rush will take on night one big winner Waikato Wizards in a massive Saturday night clash tonight, with the Capital Swish taking on the Wizards tomorrow in a battle between two genuine contenders.