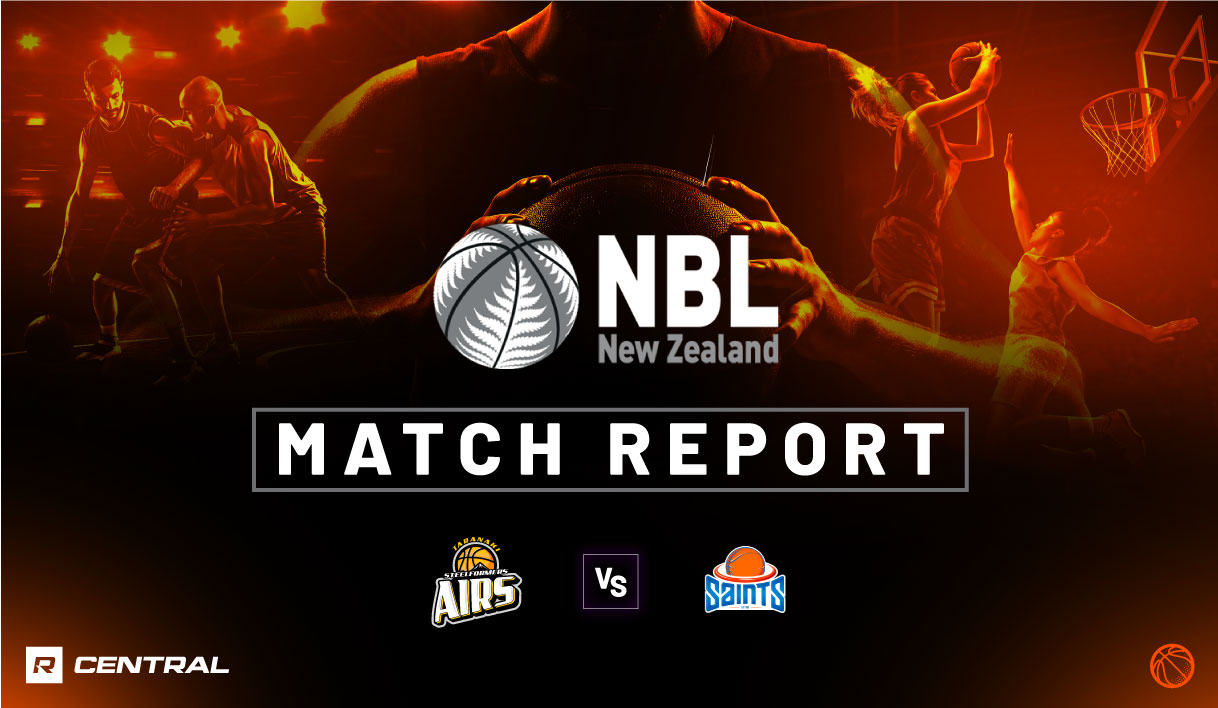 A TERRIFIC outing from one of Wellington’s offensive stars saw the Saints claim an 11-point triumph over the Taranaki Airs. The two sides went head-to-head at TSB Stadium on Sunday evening, in the final game of the weekend, and it was a pretty crucial contest for both sides. The Saints came into the game with just one win next to their name, while the Airs had broken even with three wins from six games, and were looking to keep up with the sides ahead of them. With a bit on the line for both squads, the game did not disappoint, with the Saints breaking out to a double-digit lead early and managing to hold off whatever the Airs threw at them throughout the game. The result sees Wellington move to a record of two wins and five losses, but given the fact that the Jets also won on Sunday, they will need to continue winning to avoid bottom spot. On the other hand, Taranaki remains in sixth spot, now two wins behind fifth and a bit of ground to make up.

Both teams were firing from the field early, as scoring was through the roof in the opening few minutes of play. The Airs jumped out to an early eight-point lead over the star-studded Saints lineup, but Wellington was able to claw its way back into the game, before Taranaki leapt back out to a nine-point advantage on the eve of quarter time. However, the Saints were dragged back into the game by the efforts of Michael Smith, who took over midway through the second term and helped chip away at the deficit. When Kenneth Tuffin nailed another three-pointer for Wellington, it was a tie ball game and momentum was certainly swinging the way of the visitors. Smith continued his offensive dominance, helping the Saints jump out to a six-point advantage at the main break.

Smith showed no signs of slowing down in the second half, showcasing his shooting talents with a couple of early buckets in the third term. NBL superstar Xavier Cooks got going in the third quarter too, chiming in for some big boards and a number of buckets inside the paint. Wellington’s lead had soared out to double-digits in no time at all, and whenever the Airs looked to conjure a comeback, the Saints had an answer from the field with some damaging shooting and an inate ablity to get to the free throw line. It was a similar story for the remainder of the game, as the visitors managed to cruise home to a pretty important victory in the context of their season.

As mentioned above, Smith was the standout for the winning side, finishing with a team-high 30 points and playing a cruical role in getting Wellington back into the game and into a winning position. He was able to pop up for a number of crucial buckets and showed he is more than capable of going on an individual run at any given time. Cooks was also great with a nice double-double of 20 points and 10 rebounds. While Smith was ultra-impressive, he was not the highest scorer on the court, with Taranaki’s Anthony Hillier finishing with a game-high 36 points in the loss.