Taipans prove too good for 36ers 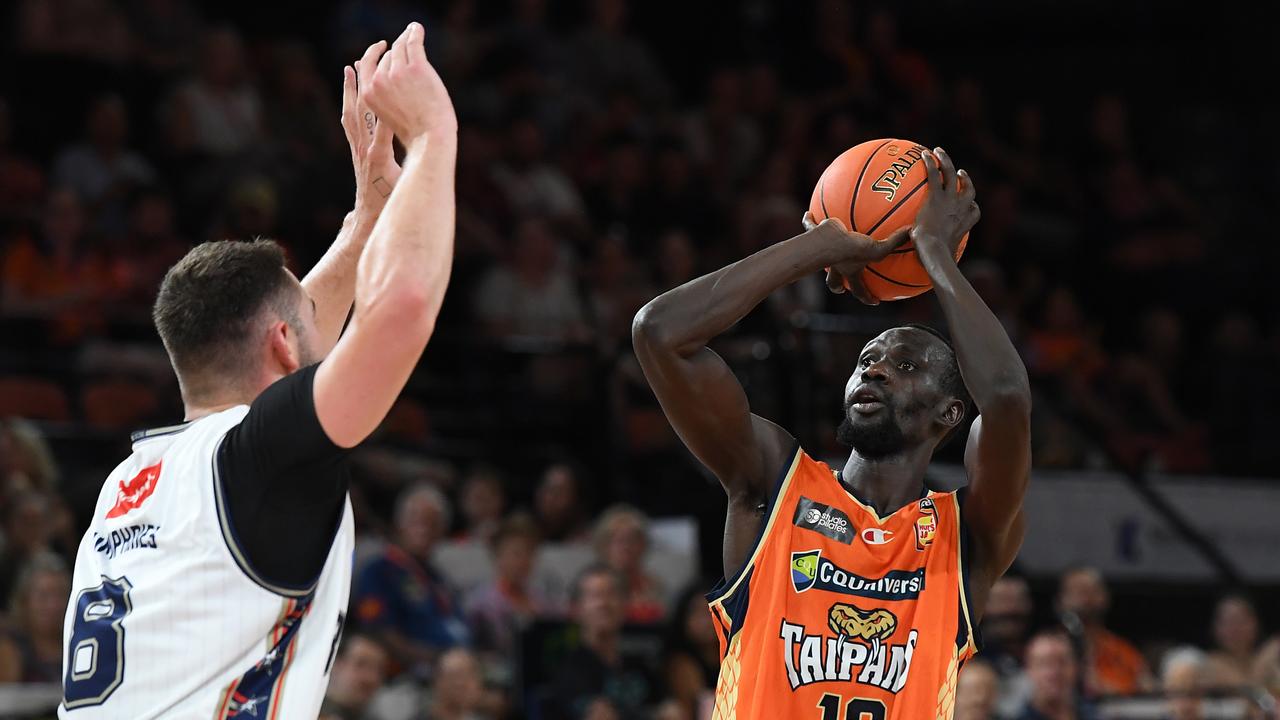 THIS past weekend has seen some excellent action from the third round of the National Basketball League (NBL). There were some thrilling contests, but also some strong team performances across the courts. In the second of two Saturday night games, the Adelaide 36ers travelled to the Cairns Convention Centre to take on the Cairns Taipans in what was shaping up to be an enthralling clash. In the end, it was the Taipans who were able to win their second consecutive match as they took down Adelaide by a whopping 26 points. Coming into the clash, both sides were fresh off a win (both against the Tasmania JackJumpers) and looking to keep this streak going with a Round 3 win. However, the Taipans were able to produce a commanding victory, despite being without Scott Machado.

The Taipans burst out of the gate with a powerful performance on the offensive end to start the game. The 36ers were able to put up 20 points of their own, but they were unable to contain the scoring power of their opponents. The Taipans were explosive in their scoring for the term, almost finding the bottom of the net for fun at times, as they had their way with the Adelaide defence. Cairns were able to put up 31 points for the quarter as they took an 11 point lead into the first break, starting the match in about the perfect fashion, with the 36ers suddenly finding themselves on the back foot.

The second term saw more of the same, with the Taipans continuing to extend their lead with some impressive work with ball in hand. However, they were able to then match this with some terrific plays on the defensive end, consistently able to find the stops consistently, with the scoring of the 36ers slowing right down. Adelaide were only able to muster 13 points for the term, with the Cairns defence proving suffocating at times with many of the shots attempted well-contested by the opposition. The Taipans were able to grow their lead to 21 points at the main break with the game all but over by this point.

The third term proved the most damaging for the 36ers, with the lead growing by even more during this time. Adelaide had no answer and were unable to steal momentum off their opponents, who were looking unstoppable on both ends of the court. Adelaide were unable to generate any form of momentum and were only just able to get to double-digits for the quarter with just 10 points. On the other hand, the Taipans continued their strong form with 23 points of their own as the lead was once again blown out.

The final term saw the Taipans open proceedings by taking their lead all the way up to 40 points in what proved to be a statement performance from the side. The match was well out of hand with things bordering on embarrassing for the 36ers. However, they were able to put together a late match charge as they trimmed the lead back quite a bit. However, the damage was already done as Cairns cruised to their ninth win in a row at the Cairns Convention Centre and their second of the season.

For the Taipans, it was the leadership of recruit Tahjere McCall that proved most vital. After being recruited as a defensive specialist, McCall was forced to step up in the absence of Machado and did so marvellously, finishing with 13 points, nine rebounds, five assists and five steals. He was well-assisted by teammates Majok Deng (23 points, five threes) and Keanu Pinder (15 points) in the victory. For the 36ers, Dusty Hannahs impressed in the loss, finishing with 20 points as he continues to be a valuable recruit.