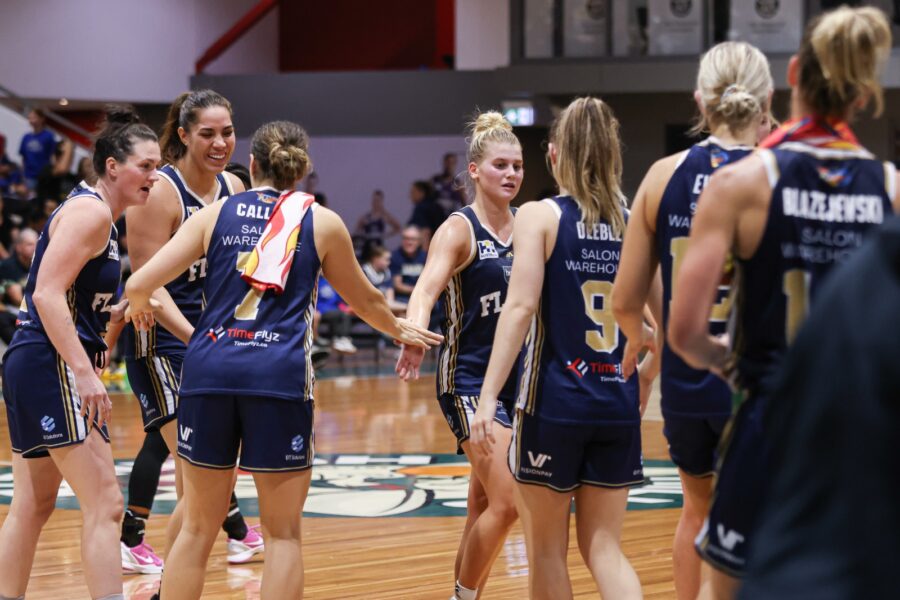 THE Women’s National Basketball League (WNBL) action continued across the weekend, with a number of cracking contests taking place around the country. Saturday night saw a clash between the Sydney Uni Flames and the Adelaide Lightning at Hills Basketball Stadium, to close out the day’s schedule. The Lightning were heavy favourites coming into this contest, given the contrasting performances of the sides throughout the season. Adelaide has been one of the best teams of the 2021/22 season to date, while their opponents were coming into this contest with just one win next to their name. Despite that, it was panning out to be a cracking contest with a thrilling first half. However, the Lightning were able to break away from the Flames in the third term, snatching a match-winning lead in this period and never looking back as they emerged 17-point victors on the road.

The match kicked off with some thrilling action, with both sides getting their offence rolling in the early minutes of the contest. In surprising fashion, the Flames were the first team to put a foot forward, jumping out to an early (albeit slim) lead in front of their home crowd, with much of this charge led by Shyla Heal. As expected, the Lightning fought back with some excellent ball movement, but the home side was up for the fight. Every time Adelaide tried to create some scoreboard separation, the Flames conjured an answer, and by the time the first term concluded, proceedings were tied.

The Flames got off to the perfect start in the second term, jumping out to an early four-point lead thanks to some handy buckets from Heal and Kalani Purcell. Like all good teams do, the Lightning fought back to reclaim the advantage as Stephanie Talbot really began to get involved. The lead changed hands on a number of occasions, but Adelaide were the best side of the last two minutes of the term, taking a three-point advantage into the main break which set up an exciting second half.

Things could not have gone better for Adelaide to start the second half, producing a dominant finish to the third term as they claimed a commanding lead. The first half of the quarter was still tightly contested, with the Lightning only able to extend their lead by three points in this time as the Flames fought to keep themselves in the contest. However, the final five minutes of the period was simply outstanding from the visitors as they performed at a high level on both ends of the court. The Flames had no answer for this dominance, with the lead ballooning out to 16 points heading into the last term.

Heal looked to get her side back in the contest with a quick seven points in the first two minutes of the term, but her teammates could not follow suit. Both sides found themselves unable to maintain the high-scoring output we saw in the first half, which ended up bringing the Flames undone, as the clock proved to be their biggest enemy. There was a combined 27 points scored for the term, as the Lightning extended their lead by a point by the time the final buzzer sounded.

For the victors, Kylee Shook was the standout performer for the match, pouring in 20 points, nine rebounds and three blocks in an eye-catching performance. She was damaging inside the paint, as the Flames interior defence proved to be leakier than they would have liked. She had some good help from Stephanie Talbot, who flirted with the idea of a triple-double as she finished with a stat-line of seven points, eight rebounds and 12 assists. For the Flames, Heal could not have done much more, producing a game-high 24 points, seven rebounds and five assists.